Have your say on Dundalk FC's Top 10 Memorable Sporting Moments! 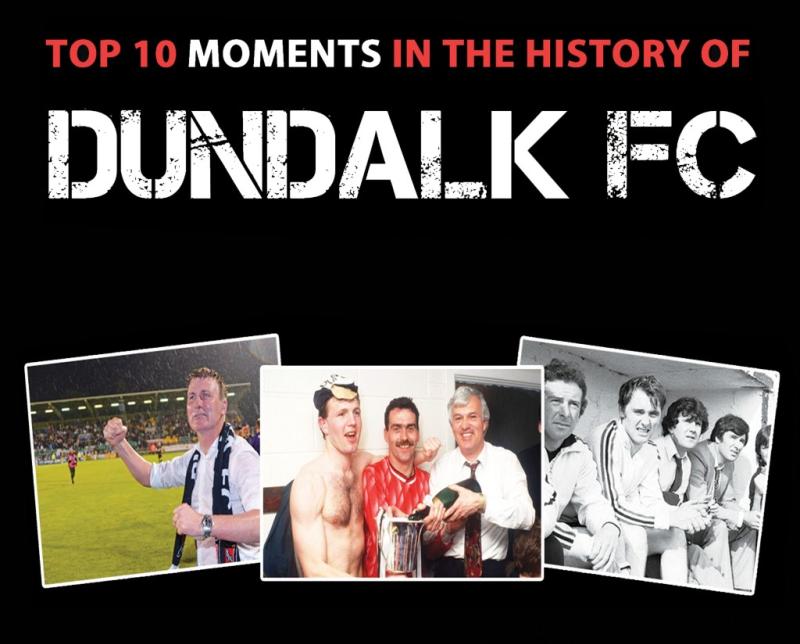 NEWS OF PROMOTION FILTERS THROUGH TO STATION ROAD - 2008 (View here)

RTÉ ran an excellent series recently which got the public to vote for the country’s greatest sporting moment. Interactive and innovative, the weekly broadcasts garnered much build-up and reaction, while it was generally accepted that David O’Leary, for his decisive penalty score for Ireland in the shoot-out win over Romania at 1990 World Cup, was a worthy winning entry.

Since then, it came to mind that running something along the same lines would be interesting in the context of Dundalk FC, and, so, that’s what we have done. Having coerced some of the club’s most well-known supporters into making up a panel to shortlist 10 of the standout moments, we’re now seeking for the public to select their number one.

Surprisingly, considering the unique history of Dundalk FC, it took our panel - of John Murphy, Jim Murphy, Robbie Rafferty, Gerry Curtis, Gerry Malone and myself, Caoimhín Reilly, less than an hour to draw up a list, while sipping on coffee at the back of McGeough’s, which is sure to draw its fair share of critical eyes!

However, one thing that is guaranteed as you flick through the following pages is plenty of variety; there’s certainly a moment from everybody’s childhood! Whether it be the great Joey Donnelly receiving the FAI Cup in 1942 to end a decade of final pain or Robbie Benson’s goal against BATE Borisov at Tallaght Stadium two years ago, we feel we have catered for one and all, and have offered as broad a selection dilemma as is possible.

Voting lines opened this morning (Tuesday) and will remain ajar until 6pm on Sunday evening, April 29, with the winner to be announced on the back page of next Tuesday’s print edition and online.

Best of luck and, of course, c’mon the town!