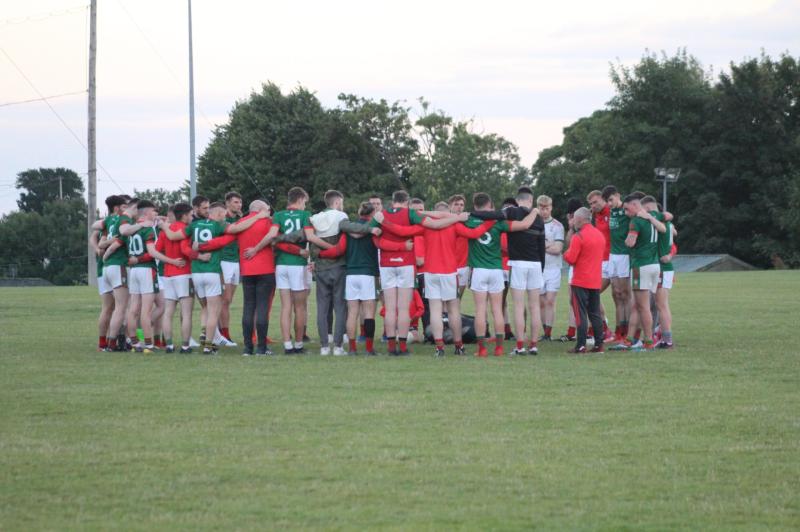 Glen Emmets were crowned Division 3A champions on Saturday night after a business-like performance victory over Na Piarsaigh Blackrock. For somewhat controversial reasons, Emmets have been the best in the division for the second season running.

This year however promotion has been attached and deservedly so as they were front runners all along. Emmets did not lose focus from last year and held their nerve during bad stretches and unearthed some new talent as well.

Diarmuid Cullen is one of those newcomers, he came off the bench to land the fifth goal for Ray Lambe's well drilled side. Keelan O'Neill set the barometer with goals at the start and end of the first half along with Damien Grimes.

Evan English struck early in the second half  and the Tullyallen me could eventually enjoy glory and bask in the glow of the two year wait for league promotion.

Lannleire returned home from Tallanstown on Saturday evening with a hard-earned victory over Glyde Rangers.

Paul Doyle proved the match-winner for the visitors as he landed a point from a ‘45’ three minutes from the end to see his side come out on top in a tight contest.

The result sees the Dunleer men secure second place in the Division as they moved eight points clear of Glyde.

There wasn’t much to choose between the sides in the first half and it was no surprise that they went in at the break level at 1-4 to 0-4, with Jack McKeever hitting the net for the hosts.

It was a similar story in the second period with McKeever again raising a green flag, however his side had no response to Doyle’s late score.

Colin Murphy and Killian Gregory also landed important scores for the winners but Glyde will rue a series of missed chances, including a 50th minute penalty that was well saved by Liam Callan.

Naomh Malachi once again came out on top in the battle of the bottom sides as they proved too strong for Westerns at Courtbane on Saturday evening.

The result gives the Mals their third win of the campaign, and all three have come against the Reaghstown side who will go into their final league game still searching for their first point.

The visitors battled well in the opening half and would have taken encouragement from their performance but their hopes suffered a setback when Keelan Conlon scored the only goal of the game to give his side a 1-8 to 0-5 lead at half time.

The Courtbane men were never in danger of allowing that lead to slip in the second half and with the help of the impressive tally of nine points from Shane Rogers, they went on to win by 12. Padraig McLoughlin, Jack Kirwan and Padraig Moley were also on target for the winners.