A closer look at this year's Louth LGFA Division One league 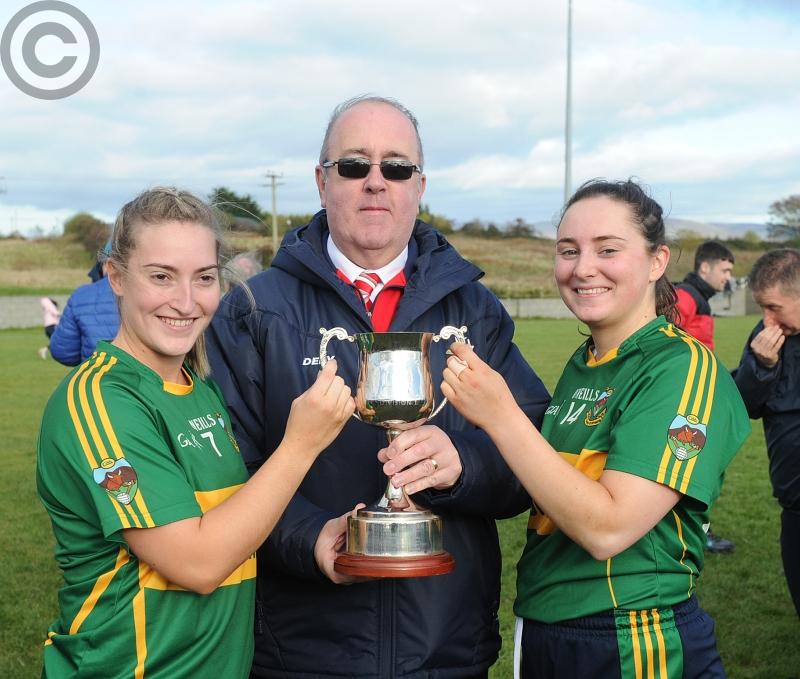 COOLEY KICKHAMS
Despite losing last year’s senior championship final to Geraldines, the Peninsula club finished the season on a high by beating the Haggardstown outfit in the Division One final.

Paul Hanlon, who guided Kickhams to a sensational championship triumph in 2018, is again in charge, with Alan Page returning to the backroom team alongside Donal and Anne McDonnell.

ST. FECHIN’S
The Hoops failed to reach the heights of their intermediate double win of 2018 last year, but they will be hopeful of getting this season off to a winning start at the weekend.

Their chances will be enhanced if Rachel Kinch is available on a regular basis. Among the best forwards in Louth, the attacker missed a number of games last year due to work commitments, and her absence was keenly felt.

St. Nicholas clubman Brian Lynch, in his second year as manager, won’t have the injured Céire Nolan available but Róisín Kavanagh is capable along with Hayley McDonnell and Leah Mullen.

ST. MOCHTA’S
Chris Doyle has taken the reins of the Louth Villagers, whose interest in Division One glory ended at the semi-final hurdle last season. It followed a surprise championship exit to Roche Emmets at the last eight stage, so Mochta’s may feel they have something to prove in the year ahead. The Byrne sisters, Aoife and Eimear, are a fearsome duo, while Dearbhla O’Connor is a calming influence in the full-back line. Lauren Kieran and Emma Quinn are strong scorers. A title challenge can’t be ruled out.

ST. PATRICK’S
Back in the top division after a fantastic year in which they took the intermediate league and championship. The addition of Kate Flood to the squad following her time in Australia is huge and her presence alone can see Pat’s compete.

Aisling O’Doherty and Grace Treanor have inter-county experience, with captain Aine Breen an established starter for The Wee County seniors. Kate Cumiskey and Anna Whyte are players to watch.

STABANNON PARNELLS
Not the force they were when winning seven championships and six league titles in the noughties, though John Mulvanney will be eager to make his first campaign in charge a success.

His side could be built around the four McNally sisters - Ciara, Rachel, Laura and Ruth. Danielle Sharkey and Kim Lynch will add experience, while Sophie Smith is an emerging talent. Face Newtown Blues in round one, where a good start is possible.

NEWTOWN BLUES
New manager Paul Kellegher will be hoping for a better season than last, which didn’t really take off for Blues. They lost a number of key players to injury at crucial parts of the season and never really got any momentum behind them.

Although yet to win this competition, with the experienced Laura Collins, Cliona Smith, Hannah O’Neill and exciting youngsters like Kaylin Nugent and Aisling Foley to call upon, they have the potential to spring a few surprises.

ST. BRIDE’S
St. Bride’s, who will be hoping to improve on last season, have Fra Fagan back at the helm and he’ll be seeking to help their successful youngsters with the transition into adult football. Attendance at training was strong pre-lockdown and interest is blooming with Bride’s having entered a second string in Division Three. Aimee McNally is their star in attack, while the Fagan and McArdle sisters, along with Karen Rafferty, will provide backbone.

GERALDINES
Geraldines were denied the domestic treble by Cooley Kickhams in last year’s Division One final, so, with manager Paula Lavin remaining at the helm, the Haggardstown ladies will have another all-conquering campaign in mind.

First-time winners of the senior championship in 2019, they have an abundance of talent at their disposal, with Rebecca Carr, Eilis Hand and Holly Lambe-Sally on the Louth panel. The O’Connor sisters, Ciara and Abbi, had fine seasons last year and possess lots of ability up front.