'Football is important, but it’s only a gateway to life' - former Dundalk FC star on local soccer return 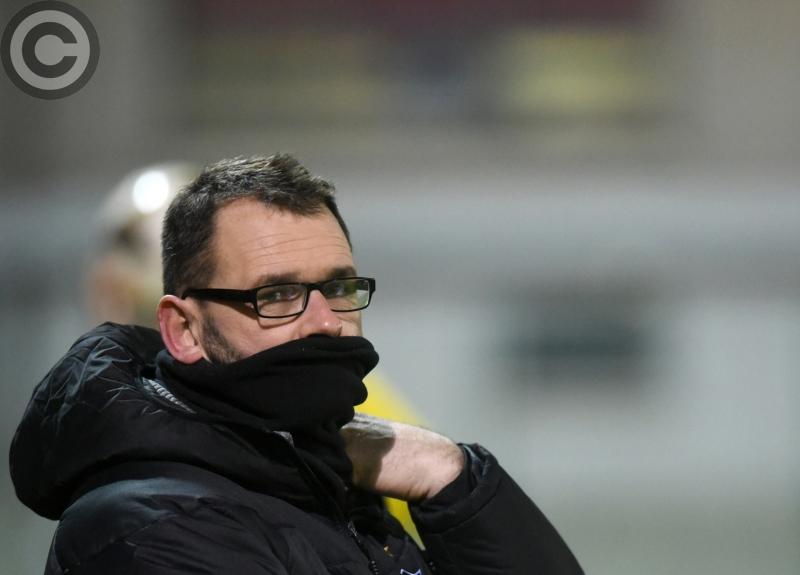 Paudie Gollogley reckons the North-East League executive have been left in “a very difficult situation” regarding their bid to get junior football back underway. (Pic: Ciarán Culligan)

Paudie Gollogley reckons the North-East League executive have been left in “a very difficult situation” regarding their bid to get junior football back underway.

The Bellurgan United manager, who returned to the club’s helm for a second time earlier in the year, believes it would have been better to write the campaign off as opposed to potentially endangering the wider public by beginning a shortened season in which only the domestic Cups will be on the table.

“I think it’s a very difficult situation, in fairness, for the Meath & District League,” the former Dundalk FC defender told The Democrat.

“They’re trying to tick boxes because the FAI have said you can go back to train non-contact and hopefully there’ll be contact and games very soon.

“I think they’re right not to run a league and I would say that it would be better to just let it go for the year under the circumstances. 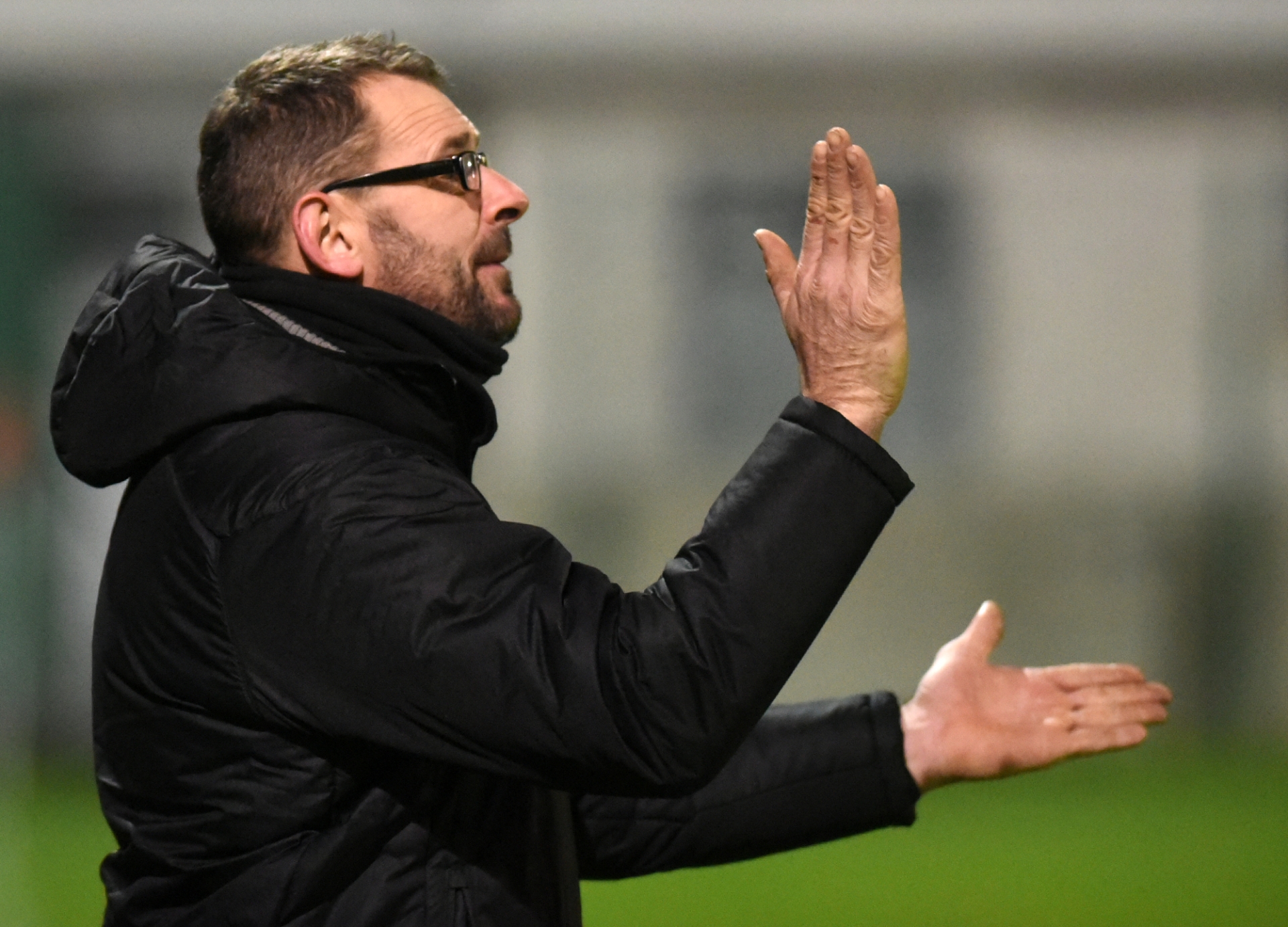 “If we go back and train for six weeks and then get six or seven games, it’s great for the mindset of keeping football going, but is it worth it in the larger picture? For people’s safety?

“In a senior team you’ve a diverse group. You’ve older lads who have wives and children, and some of them could have issues personally and they may have parents, who are, obviously, older, that may have health issues. You’ve then younger players who are coming in and they’ve got parents and grandparents. Everybody could be affected and it’ll then come down to personal choice whether these players play or not.

“I won’t put any player under pressure to turn up for Bellurgan because their health and welfare is more important than playing a few games in a Cup. I think it’s very difficult if you’re going to start asking players, who possibly aren’t even 18, to make a decision.

“And they want to play football, to play every week - it’s what they love. But what if there is an issue at home and they can’t play?

“We all want to get back playing and training, but I think until somebody announces that there can be full-contact training where you can take more than 15 people back, it doesn’t really make sense. 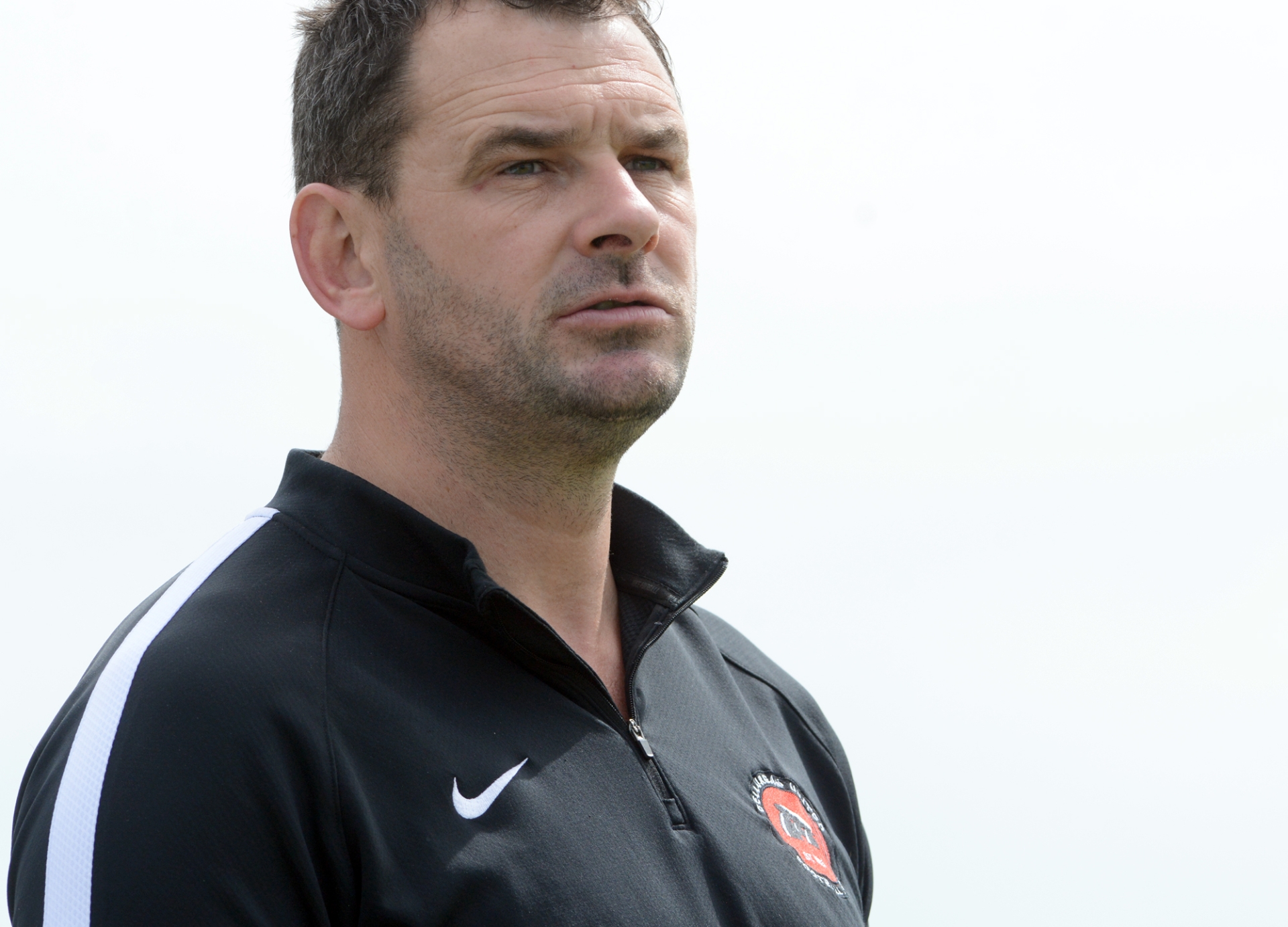 “I’m there for a few hours a week and if I’ve 20-something in my squad, how can I tell ‘eight’ fellas to stay at home? Am I going to have to go five nights a week, as an amateur coach, to cater for everybody? We have to run sessions where there is social distancing. Are there enough coaches out there who can actually form sessions that are to the health and safety criteria?

“If something happens to a player, I’m not qualified to go and touch that player; who can go and help them in training? What’s the scenario? The FAI has given a broad statement, but it’s not really point-specific, it’s been left quite wide-open.

“If a child’s parent signs a disclaimer, but something happens to the child, where do we go? Where does the claim go? There mightn’t be a Bellurgan United, or Muirhevna Mor, or any other club after it.”

He added: “You’ve got a lot of coaches worried about the safety of children and the bigger group, and themselves. In amateur football, as people know, it’s difficult enough to get 20 kids or 20 adults to training, organise sessions and ensure everything runs properly, without having stipulations on having somebody full-time cleaning toilets, having a Covid officer full-time.

“We’ll have one Covid officer at our club, but we’ve a couple of hundred kids and 50 adults playing. That person can’t be at the club the whole time, so how, logistically, can it work?

“I know some clubs are going back next week and I wish them well if they feel they can manage it properly and safely, but I don’t know if everybody is asking the right questions. Football is important, but it’s only a gateway to life. People’s lives and health and safety is the most important thing.”

Gollogley insisted that football for all must be the mantra in relation to any comeback.

“The Summer League has been a great outlet in our local area in the last few years because young players now feel like they’re not reserves. They’re in a first-team, the Summer League team, and the dynamic for young people now is that they don’t want to be ‘second best’.

“The Summer League has worked a treat in that we’ve got a lot of young players coming back and we’re able to give them senior football straight out of the U16 and U17 teams; they’re getting their teeth cut at adult level and then they can come and train with us.

“We’ve done a lot of work in trying to get these kids incorporated and keep a hold of them because, like everywhere else, Gaelic is very strong in our area with Cooley and St. Pat’s very competitive and they want them.

“If the first-team goes back, there has to be something regarding a second tier for players. That’s going to create more work in relation to health and safety, but if you’re going back you must go back all-in. If it’s not all-in, don’t go back at all. That’d be my view on it and it’s the only fair way to be to every person at our club. You can’t turn around and say, ‘the best can only play’ and the lads that are a little bit below that don’t get an opportunity to train or play.

“I won’t make that decision, the club will make the decision, but, personally, I feel it would be unfair on everybody across the board.”