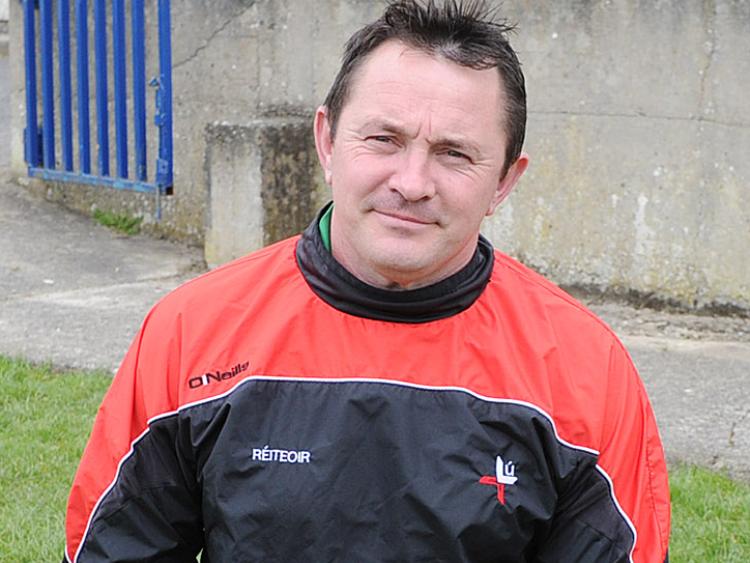 Referees’ chairman Des McDonald worries that the congested autumn programme may fail as a result of such a small pool of available men in the middle. (Pic: Arthur Kinahan)

A meeting of Louth GAA’s fixtures’ executive and representatives of the county’s refereeing body is due to take place in Darver tonight (Monday) in a bid to clarify the number of officials available for when the season recommences in August.

There is believed to be serious concern among whistlers over their potential health and wellbeing should duty be resumed, issues which, they feel, have yet to be addressed by the powers that be within the county hierarchy.

Indeed, quite a number have signalled their intent to stay away from officiating, both in protest at their lack of involvement in the decision-making process thus far and in regard to personal safety.

Referees’ chairman Des McDonald worries that the congested autumn programme may fail as a result of such a small pool of available men in the middle. Furthermore, the notion of playing double-headers, in which there could be two referees, four linesmen and as many as eight umpires operating out of the one dressing room, has been highlighted by the St. Nicholas clubman as a significant drawback.

“I don’t think we will have the referees to cover the entire programme,” McDonald told The Democrat.

“We’d have a very low number of referees and with the way fixtures are going to be thrown out between football and hurling, boys and girls, the whole nine yards, I can’t see us having half the number of referees needed to cover the games.

“The view is, let’s say a certain referee goes to a game, contracts Covid and has to self-isolate for two weeks, who’s going to pay for him to do that? I think we’re going to struggle immensely to fulfil fixtures.

“There will be some referees who will be able to do three or four games a week and then there’ll be some who won’t. What games take preference in that scenario? The unfortunate thing is that the underage players, who we need more than anyone, they’re the ones who aren’t going to get games.”

County chairman Peter Fitzpatrick claims referees have been a part of the planning negotiations to date and insists the volunteers won’t be pressured into a return.

“They have entered the conversation; the entire GAA comes under the one umbrella. The positive thing about referees is that they don’t actually make physical contact with anybody else during a game, but we know they’re very important in the process because we can’t play football in Louth unless we have referees.

“Seán McClean and his committee are meeting the referees because we have to look at all aspects relating to getting the games back up and running. I’m sure we’ll have the same problem with referees as players in that some of them mightn’t be happy to referee.

“But one thing’s for sure, we’re going to be forcing nobody to referee or play. We understand that the coronavirus is a serious issue for people and safety is going to come first in Louth.”

Asked if certain members of the whistlers’ fraternity had expressed their dissatisfaction at a lack of liaison with the County Board, Fitzpatrick added: “You’re always going to get people who are disgruntled, but the important thing is that we’re putting no pressure on anybody whatsoever. Hopefully we’ll get a lot of the issues sorted out at the meeting. It’s important to have good quality referees and that’s what we have in Louth.”

Meanwhile, referees’ administrator Denis McArdle says all issues will be dealt with, while lamenting the ever-reducing reservoir of officials.

“We’re meeting, there’s four of us on the referees’ executive committee, and we are going to try and draw up some sort of a plan,” he said.

“It was going to be intense regardless of Covid-19 because we have a major problem with referees’ numbers. The first two weeks of the subsidiary leagues, I’d up to 19 out of 40 referees not available for one reason or another.

“And then there is an older element of referees who are a bit sceptical, and probably rightly so, about going back in the current circumstances.

“We are going to do the in-house course again, in Darver hopefully, and we had plans to come up with incentives for new referees, but all good plans have been laid to waste because of the circumstances.