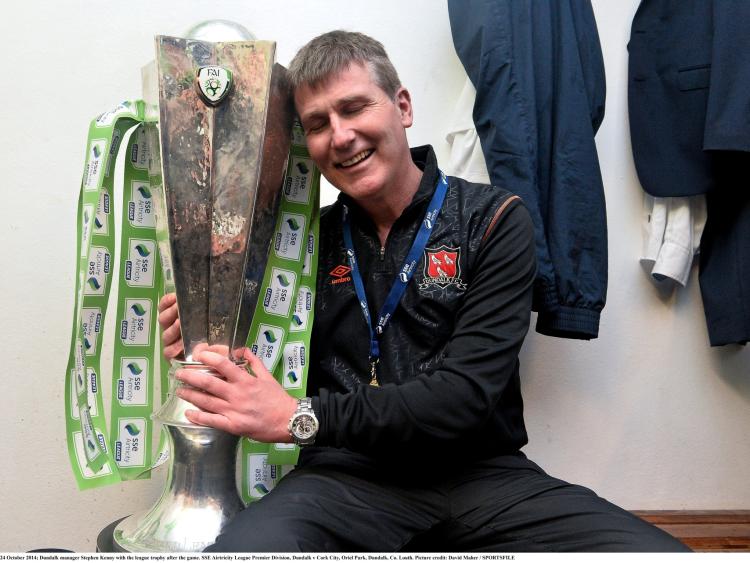 'He is a gentleman. He is ambitious. Kenny won’t be afraid to go for a young player in his side. He is adventurous and has a huge understanding of the game'. (Pic: Sportsfile)

The continued stoppage of all sports fixtures across the country reminds me of the time Dundalk FC had a number of their games postponed due to the foot and mouth disease in early 2001. The ban affected all codes as Louth had their National Football League games suspended too.

Dundalk were in Division One at the time and Paddy Clarke’s Louth were going strongly for promotion to the league’s top-flight. In the end Dundalk did get their promotion, Louth did not.

The fixtures were completed in the league but as Louth still had a ban on playing football, as the source of the disease was in Cooley, they were unable to finish the competition and ultimately were robbed of a place at the top table, a fact that still rankles with many.

Dundalk had a wage bill of €12,000 a week at the time and not having games put the club under huge financial strain. When their games resumed they played twice behind closed doors. One was in the FAI Cup against non-league Portmarnock. The other was against Monaghan United at Gortakeegan.

Portmarnock caused a huge Cup upset in North County Dublin, beating Division One leaders Dundalk. With only the media present Dundalk were never in the game and in the end the Leinster Senior League team were well worth the victory.

Ironically, a year later, The Lilywhites put that Cup exit out of their mind by beating Stephen Kenny’s Bohemians 2-1 in the final at Tolka Park in front of over 8,000 people.

But the year before Martin Murray’s side got over the Cup defeat by going on to gain promotion by winning Division One. Despite all the obstacles foot and mouth disease presented, Dundalk were finally back in the Premier Division. How sad it was that they would be relegated again the following season. 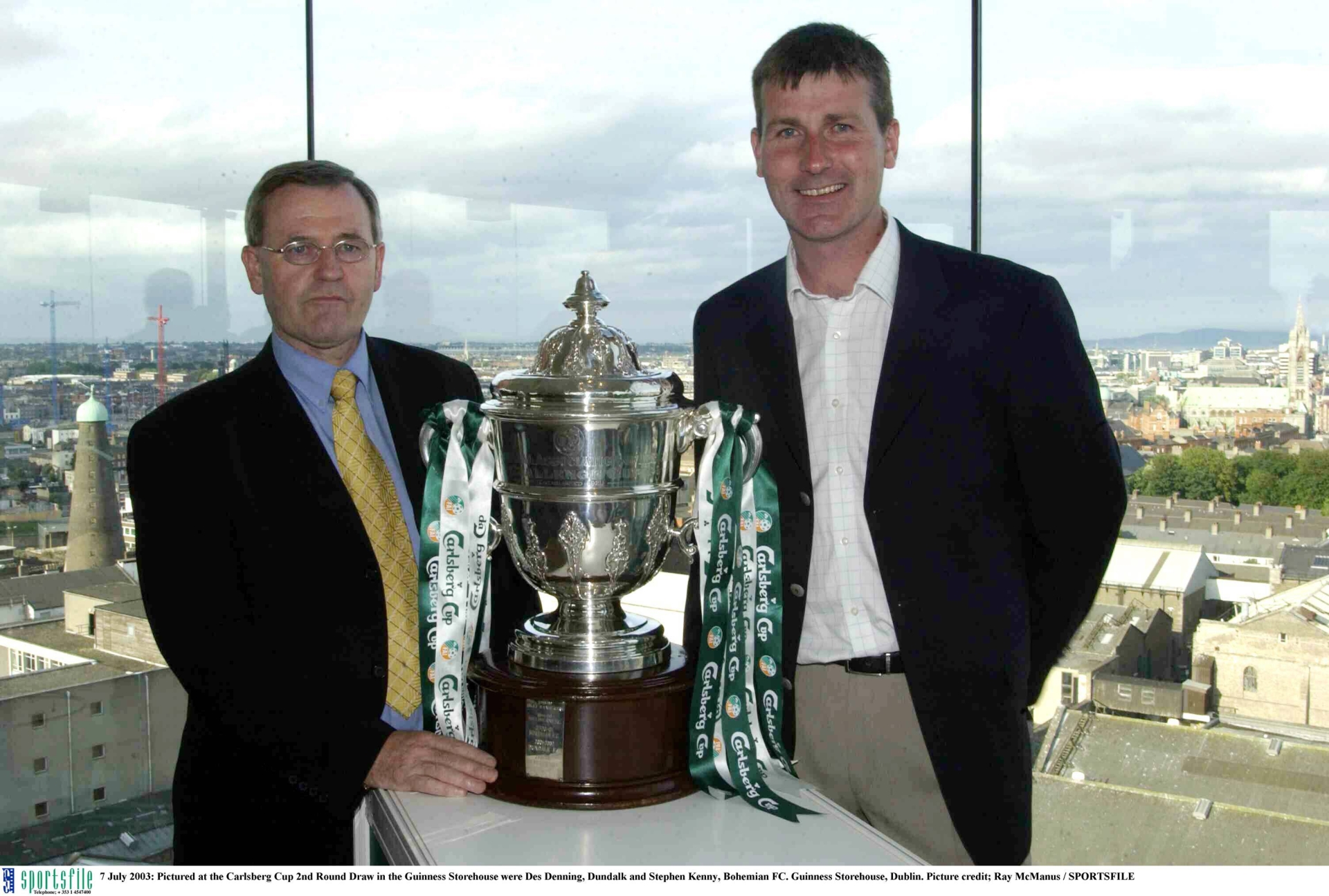 The other game that caught the attention during that period in 2001 was when Dundalk visited Monaghan. Tensions were high even before the game when visiting officials, including club chairman, the late Des Denning, were refused entry into the ground because of the foot and mouth restrictions.

This was a ridiculous situation but Des and his fellow directors showed how committed they were to the cause by standing in a nearby field backing onto Gortakeegan. He and many supporters who had travelled for the game had to settle for a ringside seat in a field usually occupied by grazing cattle.

Dundalk were beaten convincingly that day. Monaghan deserved their win, but the game had even more bizarre overtones. The stadium announcer, knowing Dundalk supporters were watching the game in their hundreds from outside the ground, kept playing a clip of a song from Charlie Rich, which belted out the lyrics: “And when we get behind closed doors”.

Dundalk went on to finish the season in style and beat Drogheda in the final game at Oriel to secure promotion. A streaker bearing all ran across the pitch during the game and was chased by Gardai, bringing to an end a great but very bizarre season.

On a final note, just hearing that former Dundalk boss Stephen Kenny is the new Irish senior boss, to say that I’m delighted is an understatement. Stephen was due to take over as boss from August 1 this year with Mick McCarthy contracted until the Euros’ end-point.

But with the finals pushed back until June 2021, because of the coronavirus, and the play-offs also delayed until September, the FAI had a problem to solve. On Saturday McCarthy was let go and Kenny became the new senior team boss.

Of course, McCarthy had a €1 million compensation package written into his contract for when he departed the Irish job, a term which was worked out way back in November 2018. Kenny was offered and took the Irish U21 post, but only on the condition that he would be the senior boss from August 2020.

Most of the national media went with the idea that Kenny would have to wait beyond August 1 because McCarthy, they said, ought to take Ireland to the Euros in 2021 as it was in his contract that he should do so. But, first, they said he needed to win the play-offs in September.

Well, they all got it wrong as my next door neighbour in Blackrock is now the new boss. The man that won so much with Dundalk and took them on a great European run is the man the FAI have gone for.

He is a gentleman. He is ambitious. Kenny won’t be afraid to go for a young player in his side. He is adventurous and has a huge understanding of the game.

Good luck, Stephen. Everybody at Dundalk are delighted at your appointment and I’m sure I will bump in to you many times in the Rock as I have already done. And the kettle will always be on for you in my house if you ever want a drop of tea. There is only one King Kenny.

Folks, it’s great to hear some good news. But, please, stay safe. Until next week…