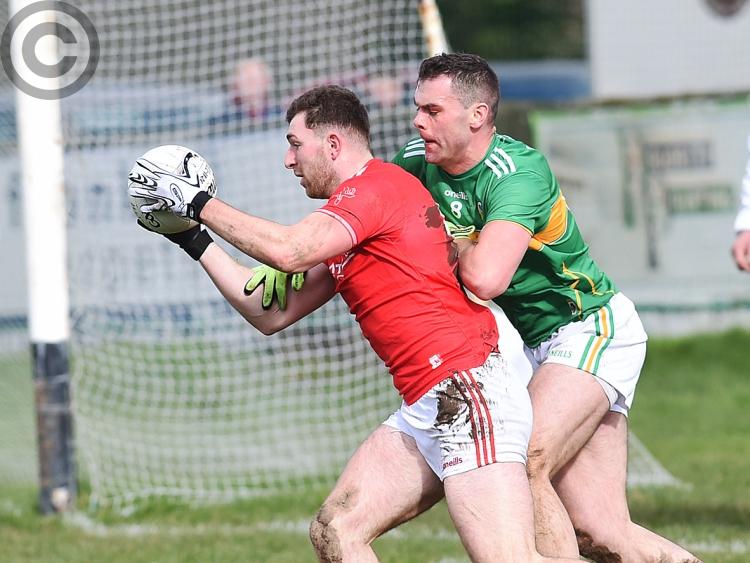 Perhaps there is a silver lining to the swiftness of Louth’s relegation, in that it now gives manager Wayne Kierans, his selectors and players even more time to prepare for May’s Leinster Championship meeting with Longford.

Or, maybe this isn’t the time to be searching for positives.

Lifting morale, which has visibly fluctuated to basement levels, is going to be crucial if Kierans is to rescue some portion of his second season in charge from the burning fire of hell. His task is unenviable.

“The confidence is in the players’ boots, there’s no doubt about that; we’re all the same,” Kierans told The Democrat.

“But there’s only one way to address it. If we go to Cork and put in a proper performance, the result, in some ways now, doesn’t really matter because we’re not playing for anything; we’re down.

“It’s going to be even more difficult after today, but we’ve talked about it before, there isn’t a bad element in the dressing room. The lift (to come) is the promise of summer football, championship football and really tough games.

“I suppose we must have a medium-term outlook now. Of course we’re going to train properly and prepare for Cork and Down, but there’s no doubt that we have to look to the championship now and address this.”

This time 12 months ago the O’Connell’s man was amid the process of building a promotion push, taking positive glances into the future. But, with Sunday’s defeat by Leitrim being the team’s ninth loss from 10 outings, the situation is now bleak.

Where has it gone wrong? Is it the losses of Jim McEneaney or Andy McDonnell or Derek Maguire or Anthony Williams? Them all? Has the new regime’s impact worn off?

“We didn’t get a good start to the league,” Kierans added. “Last year we addressed our opening day performance pretty quickly with a great performance (against Laois). This year the margins have been very small in the games and the Tipperary game, we were in a winning position and didn’t close it out. Then your confidence is on the wane.

“I’m not going to go back to the personnel who aren’t available because the boys in there, we’re all capable of doing a lot better than we’ve shown. Confidence is low, it has been eroded, but we just have to try to find something that’s going to give us a boost moving into the championship.”

Could it get worse? Are there players who will leave the panel in the league’s wake?

“We’ve asked them to be transparent with us in terms of any travel that’s going to be done over the summer and nobody has come to us and said ‘we’re away’. Even if you’re doing well there’s a situation where it could happen. I wouldn’t suggest that anybody’s going to jump ship just because we’re doing poorly.”