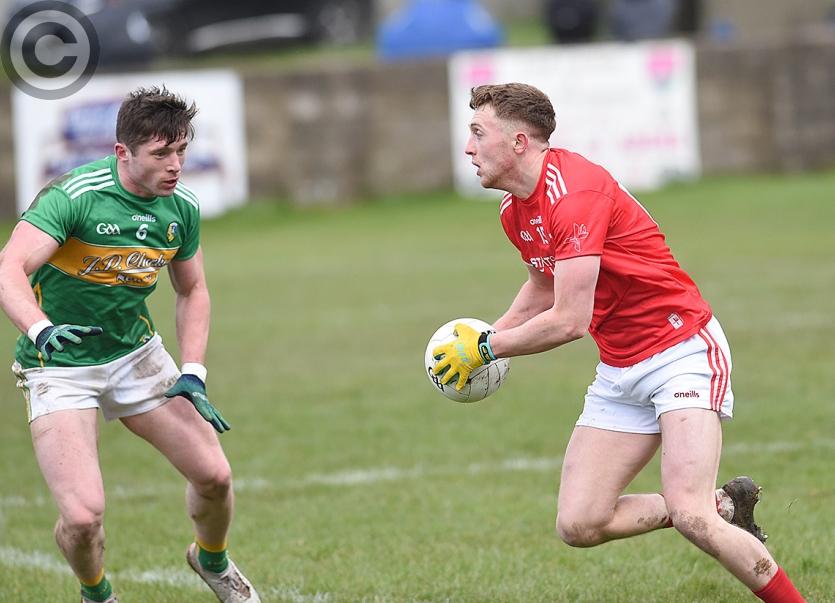 The present situation can’t be easy for anybody involved, yet up until now there has at least been a graft and honesty about the effort, as the slim margins - three, one, three and four points - of the opening four defeats would suggest.

But the attitude was concerningly careless at Dowdallshill and so followed a litany of basic errors, from dropping balls in the tackle, to mishandling, to kicking possession away aimlessly, to down right unforgivable passages of play. Louth were simply never going to win this game as they hadn’t the mindset to.

And, quite frankly, they’ll suffer nothing but defeat until leaders step forward and a bit of organisation supplements their dedication. For far too long Louth teams have been prone to rolling over.

They aren’t the first county to be in disarray. Meath was hardly a bed of roses under Seamus McEnaney in 2012, the season in which Louth relegated them from Division Two. However, the team’s resolve remained strong enough to reach that summer’s Leinster final.

It’s just no longer unfair to claim that many of the current players look away when stern questions are posed. A club team wouldn’t give up as easily as Louth. 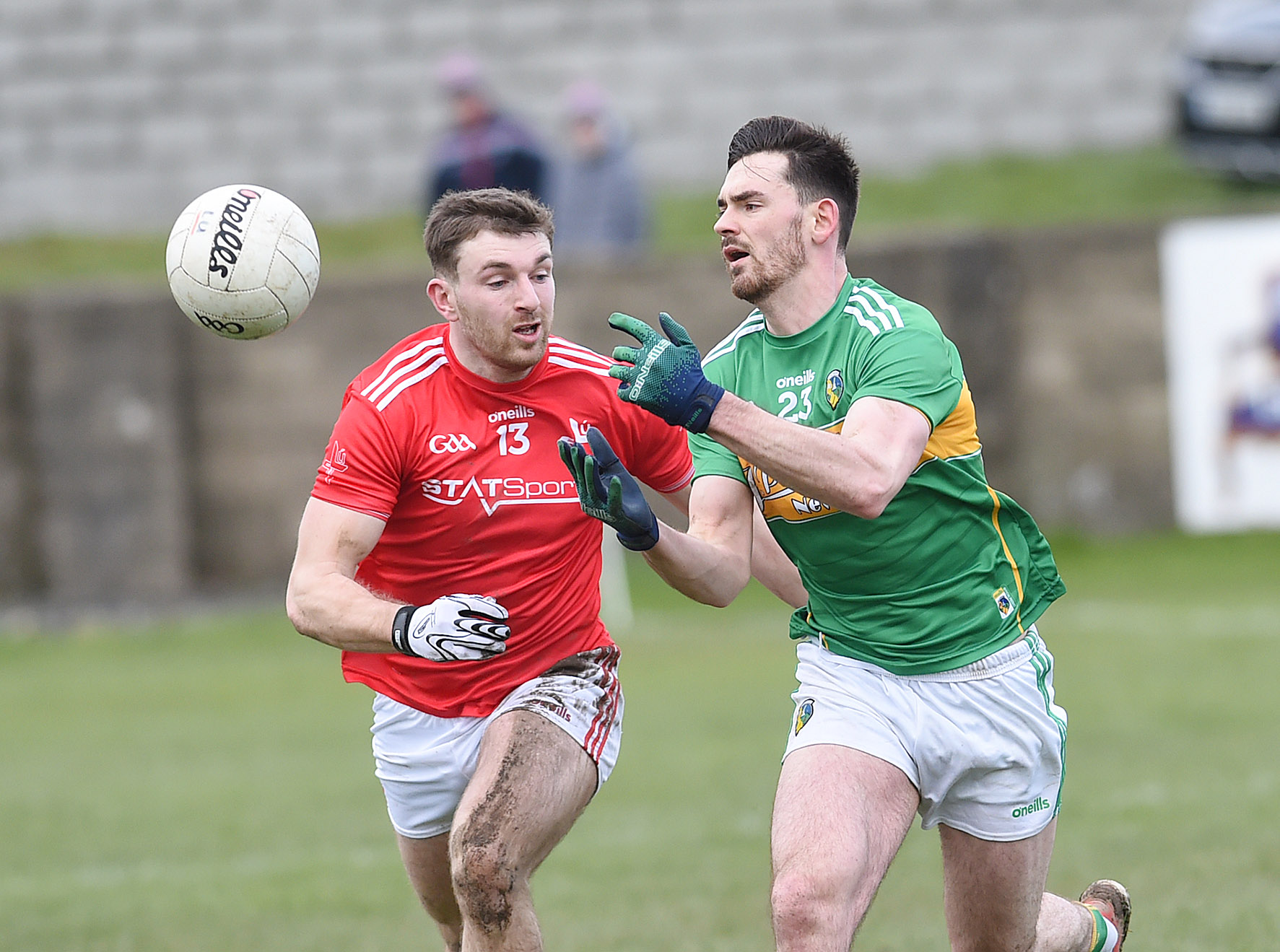 Kierans conceded his charges are currently “nowhere near” the level which will be required to make a fist of the Longford assignment in the championship. And approaching that fixture with nothing but L-inscribed red boxes under their form column is hardly conducive to a positive May display.

What’s more, The Reds face the promotion favourites, Cork and Down, in succession, meaning a pointless league campaign for the second season in three is staring them square in the face.

Confidence is shattered on both sides of the whiteline, but there appears to be an element of the decline which is structural. Looking at the set-up from afar, it’s been striking that after every game the opposition’s uncalled-upon reserves have been out running on the pitch. Leitrim’s goalkeeper, Diarmuid McKiernan, spent almost 20 post-match minutes ducking and diving as members of the management pounded footballs his way.

Yet after all five matches so far, Louth, as a collective, have walked straight into the dressing room, substitutes going home without breaking so much as a sweat. It must then be remembered that six different players have suffered from hamstring trouble during the National League programme.

LED JUST ONCE
The hosts led just once over the course of the affair, when Ryan Burns and Declan Byrne pointed in response to Donal Wrynn’s opener, despite playing with a galeforce breeze to their backs during their first half spent attacking the clubhouse side of St. Brigid’s Park. 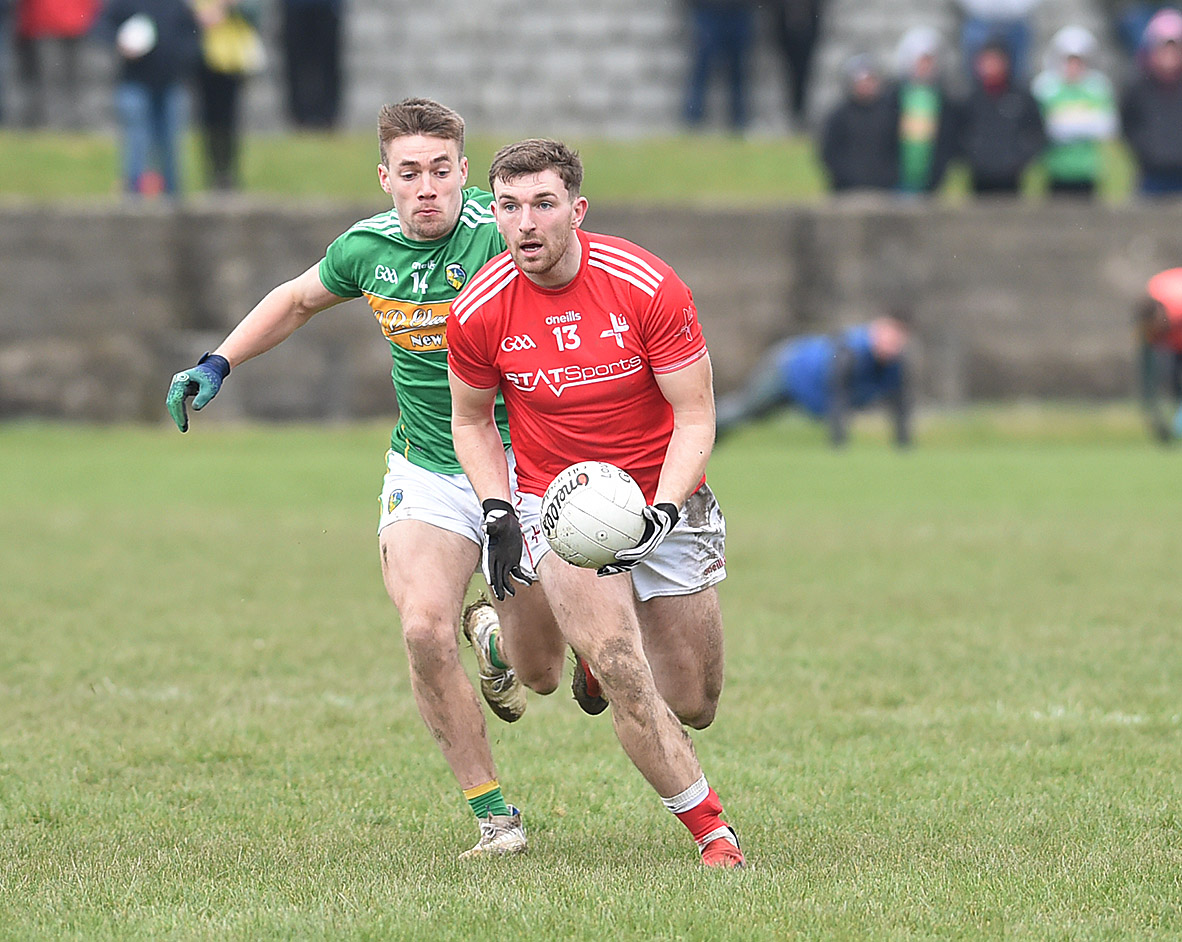 The tide ultimately turned on a slack defensive spell which allowed the outstanding Ryan O’Rourke to rifle past Fergal Sheekey. The Reds were simply all over the place, turning over possession and leaving full-back Dermot Campbell isolated - the Dreadnots man may as well have been fighting off the Irish Sea with a grape all afternoon.

Louth were amid a 13-minute scoreless period as O’Rourke and Keith Beirne grew the gap to four, prior to Ciarán Downey’s sole register of the outing from along the right wing, which at least gave the locals something to shout about.

But the concession rate remained high given the conditions, Leitrim getting to 1-5 as Louth sat on four points shortly before half-time, at which stage Burns and Tommy Durnin frees had Kierans’ crew to within a pair.

“We’re certainly not scoring enough,” the Louth manager said in relation to his side’s finishing.

“Defensively, we weren’t at the races at all. Our one-vs-ones, the whole defensive system was poor which allowed them a lot of chances and luckily enough they didn’t take them. Going forward, I think we kicked eight wides in the first half, which is not good either.

“Despite it being relatively average-to-poor in the first half, I still thought we could up it in the second half against the wind. We did create a couple of goal chances, but going the other way Leitrim didn’t really have to work for their chances at all, which is of real concern.”

A perfect summation. Burns’ third point whittled the deficit back to the minimum on the restart and moments later a hopeful lob saw the Hunterstown Rover beat McKiernan to a punch, only for Fergal McTague to claw the ball off the line, seemingly deflating Louth’s challenge. 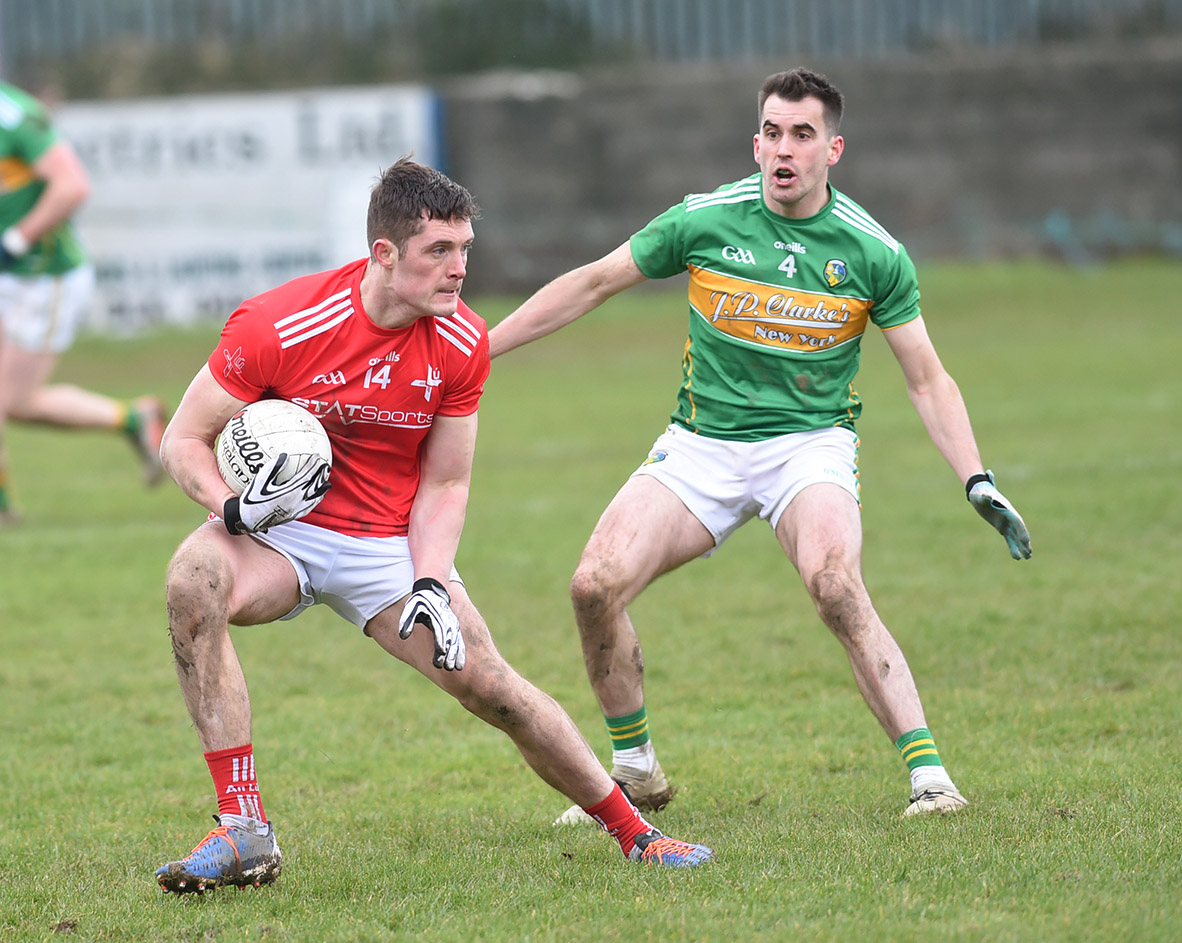 The next time The Wee County scored, some 18 minutes later, Leitrim had bagged 3-8, Beirne’s penalty arriving in advance of O’Rourke’s second major of the match. And worse was to come in spite of Burns’ spot-kick conversion before the hour-mark.

“It reminds me a little bit of Antrim (qualifier) last year, which is the first time I could say that we didn’t finish the game with any fight at all,” Kierans added.

“Against Derry last week we finished reasonably strongly, so today is worrying and something we definitely have to talk about during the week. Our kick-outs went and our defensive play was poor in the last 10 minutes.”

“It was nowhere near good enough.”