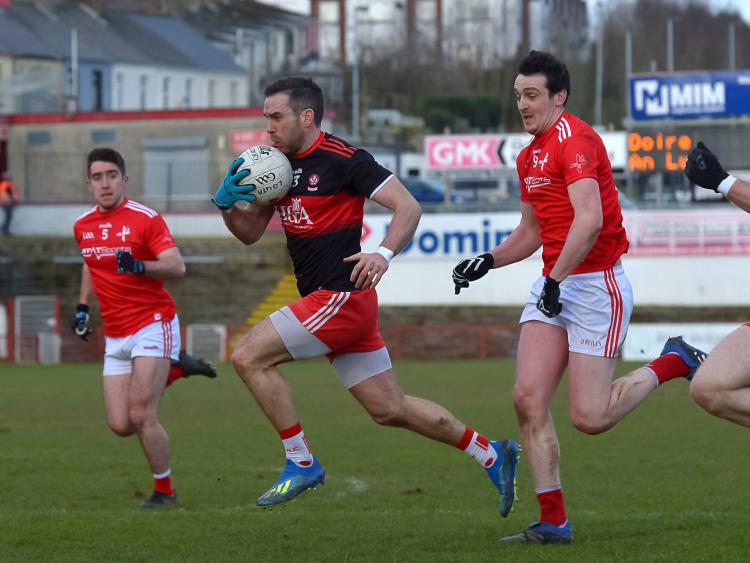 HIGHLIGHT
Declan Byrne’s two frees from 60 metres in the first half got Louth’s challenge underway. It came as the visitors took the game to Derry, levelling midway through the opening period. Thereafter, the game worsened as both a spectacle and from The Wee County’s point-of-view.

LOWLIGHT
The result, ultimately. Louth went 30 minutes without a score during the second half, despite dominating possession for quite a chunk of the same spell. It was a case of failing to penetrate and allowing cautious Derry off the hook. Finishing with 13 players for the second consecutive match isn’t something to be proud of either.

TALKING POINT
The referee, Sligo’s Barry Judge, had a poor game, sending three players off - Louth’s Gerard McSorley and James Craven on second yellows, as well as Brendan Rogers of Derry. McSorley’s dismissal was incredible considering he was fouled by Pádraig McGrogan before being lifted from the deck and flung. The Oak Leafer was black carded, while the Dundalk Gaels man saw yellow before being cautioned again. Poor judgement by the whistler.

TURNING POINT
The Reds’ inability to convert when on top during the second half. Having taken the lead four minutes after the restart, they wouldn’t find the target again until the 70th minute. A run which was hardly conducive to earning a maiden victory.

MAIN MAN
Derry’s Shane McGuigan landed 1-3 of his 1-7 from play as Louth failed to contain the rangy Slaughtneil man at Celtic Park. The focal point of the hosts’ play, he nailed efforts at crucial stages, especially during the second half. Ryan Burns and Byrne did reasonably well for a battling Louth.