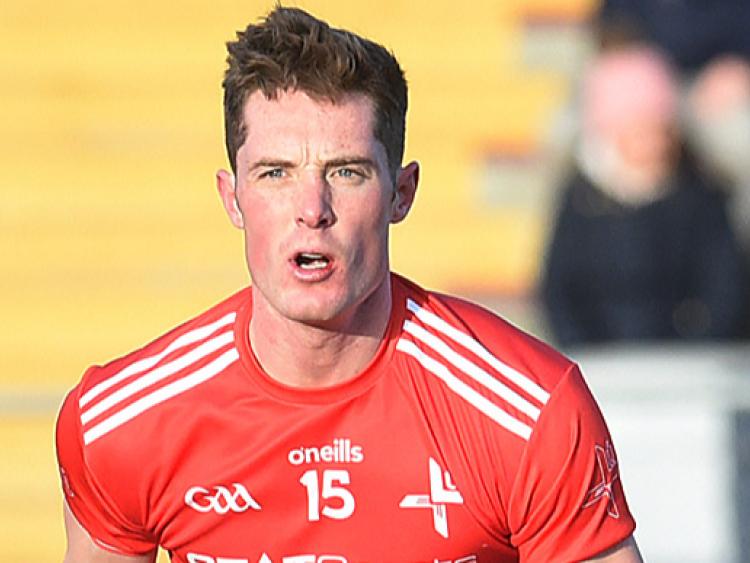 Declan Byrne may come back into the Louth starting XV for the game in Derry having starred off the bench against Offaly. (Pic: Arthur Kinahan)

Louth manager Wayne Kierans admits only a victory will do for his side in Sunday’s encounter with Derry at Celtic Park (2pm).

The Reds visit the Ulster side in dire form, last weekend’s defeat by Offaly being their third of the National League campaign, and they enter the clash with Rory Gallagher’s troops as Division Three’s sole pointless entity.

Kierans has labelled the fixture “must-win” if The Wee County have any chance of avoiding demotion to the fourth tier and suggested the outing will test his team’s mental strength.

“It’s going to be a totally different proposition,” he said.

“We’re going to have to show a lot of composure when the pressure will really be on. It’s going to test our mentality as well as everything else.

“It’s a difficult position we’re in, there’s no getting away from it and we’ve put ourselves in it, but it’s all about recovering and getting two points. You’ve spoken about must-win games before, well, next week is a must-win game now.”

Louth will be minus Sam Mulroy for the fixture through suspension.