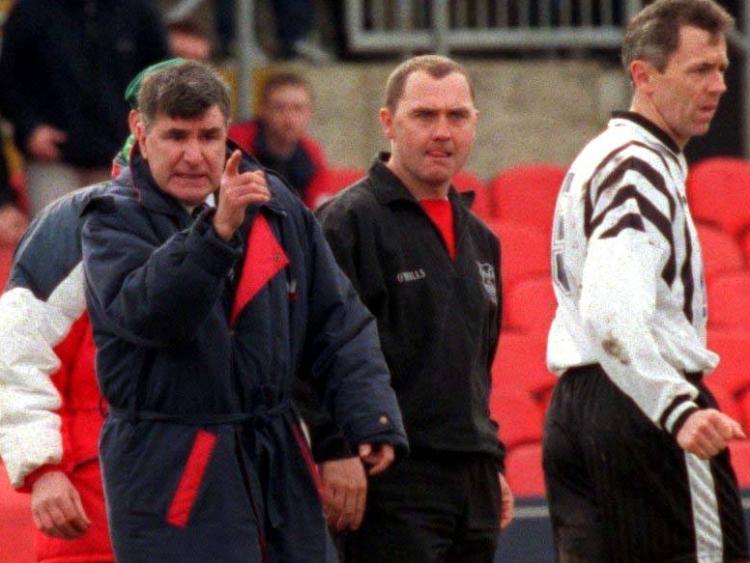 Jim McLaughlin was Dundalk FC manager the last year the League of Ireland's six most successful clubs were in the same division. (Pic: Sportsfile)

Well, for those who haven’t taken a pause to ruffle through memory’s box, the time in question is 1999, 98/99 in football terms. It could be painful for Dundalk FC followers to recall that spell, The Lilywhites having been relegated from the top-flight.

So, some could plausibly ask, why is such a dreadful season in the club’s history of interest 21 years on, with Vinny Perth’s charges now perched as the cream of the crop?

Shels’ comeback, coupled with Waterford’s resurgence on foot of Lee Power’s financial backing, has helped return an established look to a Premier Division table which has, in the last decade or so, had several fresh competitors. Think Wexford Youths and Sporting Fingal particularly.

This is the 100th season of League of Ireland soccer and all bar Finn Harps, who’ve finished second thrice, from this year’s leading 10 have tasted title glory. To put the might of the present top-tier titans into context, 77 of the 99 championships to date have been won by one of the nine champions.

However, there is something inherently more meaningful about a composition boasting clubs with traditional fan bases. The demand is high and hopefully the supply higher in terms of the standard of fares on offer throughout the campaign.

And while there is a grá for new teams and their sense of fearlessness and willingness to step into the unknown, there can be no doubting the hardcore element to Dundalk and the others involved this season. True clubs through history, their deficit of a so-called ‘plastic’ element should ensure top-flight gates are at their highest for some years.

This applies to Friday night’s hosts of The Lilywhites, Shelbourne, whose Tolka Park home was a morbid place to watch football for years prior to last season’s tremendous First Division success. They’ve spent the majority of time since 2006 in the second tier, wallowing in a pit of absolute despair, a once great outfit on its knees with seemingly no way of escaping the clutches of a slimy-sided league.

And, despite its run-down state, a Premier Division minus Drumcondra’s football cathedral is a far worse off proposition. The history it represents, for Dundalk included, is marvellous. Remember 2002, the trek towards Tolka on FAI Cup final day. Only in last week’s edition was it brought back to readers’ minds via Ollie Ralph.

The last time the teams clashed at the old ground was in early 2016, Dundalk winning their Leinster Senior Cup affair 2-0, with Patrick McEleney standing out. The atmosphere was stale on that occasion, the night chilly beyond the value of words.

Five seasons on and it’ll be white-hot. Shels back in the big time, Dundalk at Tolka. A recipe for greatness.