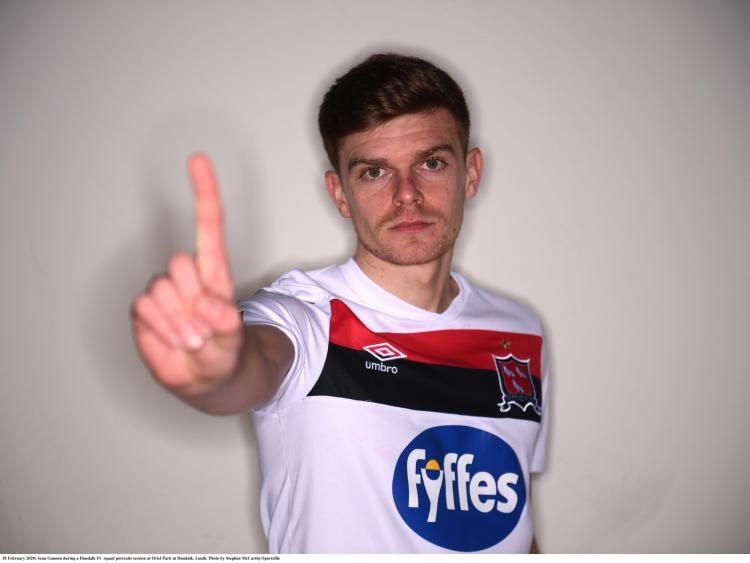 Seán Gannon is taking nothing for granted as he enters his seventh season with Dundalk FC. (Pic: Sportsfile)

Seán Gannon is taking nothing for granted as he enters his seventh season with Dundalk FC, insisting that nothing less than one-hundred percent week in, week out will keep him in the starting line-up.

Dundalk’s right-back, who was the supporters’ player of the year in 2019, put in a typically solid performance in Friday night’s 1-0 win over Derry City, in what was a very hard-fought three points.

“There’s always only a goal or so in it when we play Derry and they’re a brilliant team,” he told The Democrat afterwards.

“There’s a lot of new players in the squad, you’ve seen some of them tonight and it’s good to start with the win.”

Gannon is, in 2020, hoping to continue the form that brought him on the verge of a Republic of Ireland call-up last year, but knows that his own consistency, as well as avoiding injuries, will be key.

“At the end of every season, you reflect on how it’s gone and where you can improve and there’s always improvements to be made. The main thing is to do as much as I can for the team and making sure that when I’m in the team, that I do my job, stay injury-free and just keep improving.

“As every season goes by, there’s always improvements that can be made. If you fall into a comfort zone and just think you’ve done enough, especially in this team where there’s so many good players, you’ll find yourself out of the team.”

Next up for Dundalk is a first league visit since 2013 to newly-promoted Shelbourne, in what is certain to be an electric atmosphere at Tolka Park, which is one of Ireland’s most historic grounds.

“We prepare now for Shels. It’s going to be a massive game for them, it’s their first home game of the new season. It’s probably going to be a packed Tolka and we’re going to bring a lot of support.