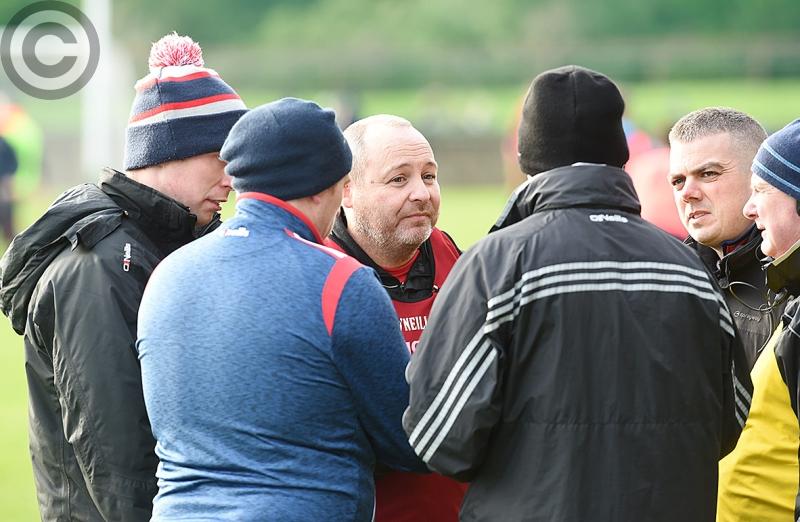 One of the two teams in focus over the weekend held on in a tight finish. The other one didn’t. Seven points might have divided Ireland and Scotland in Saturday’s opening Six Nations tie, but it was with relief that the majority in the Aviva crowd heard the full-time whistle.

Louth senior footballers held a decent lead as their National League round two match with Tipperary at Drogheda the following day reached a crucial stage, but threw it away. If ever there was a need for a home win this was it. There were no points on the board after the first week, just as there wasn’t at the same stage of last year’s competition.

The recovery in 2019 was excellent, just one point – one over the bar, that is – denying rookie manager, Wayne Kierans, the chance to take his side into Division Two. However, chances of a repeat are slim, now that there is no other team worse off than the Reds in Division Three.

Tipperary kicked five points without reply in the last 20 minutes of Sunday’s game, the last of them coming in time-added-on. That was enough to give the Premier a win by the narrowest of margins.

The teams had still to make their way of the field when memories of a league match played at the same venue six years ago were rekindled. Nine points clear of Armagh at an even later stage in the opening match of the 2014 league campaign, the Louth team was given a make-over by manager, Aidan O’Rourke, replacements sent in for Derek Maguire and Colm Judge, who between them had claimed six points and were playing well in a slick-moving forward line. It ended with Louth holding on for a draw and more than just a mite lucky not to have lost.

Kierans doesn’t have the panel of the calibre that was available to O’Rourke, and more than that, has seen several of the key players he named before the competition got underway seeking refuge in the treatment room. But maybe if he was given the chance to replay Sunday’s game he’d leave well enough alone with his side four points clear.

The Republic of Ireland soccer team’s great run from the late 1980s up to the early part of this century was made better for this writer by the involvement of players from around these parts. Steve Staunton waved the Dundalk flag, while Ian Harte and Gary Kelly showed off Drogheda’s Star & Crescent.

Change sports and fast forward to the last decade or so and you have the brothers, Rob and Dave Kearney, strutting their stuff on the rugby field, the former with outstanding success. Neither was included for Saturday’s match, and that took the kick out of it. Hopefully, there’s better to come, making viewing more interesting.