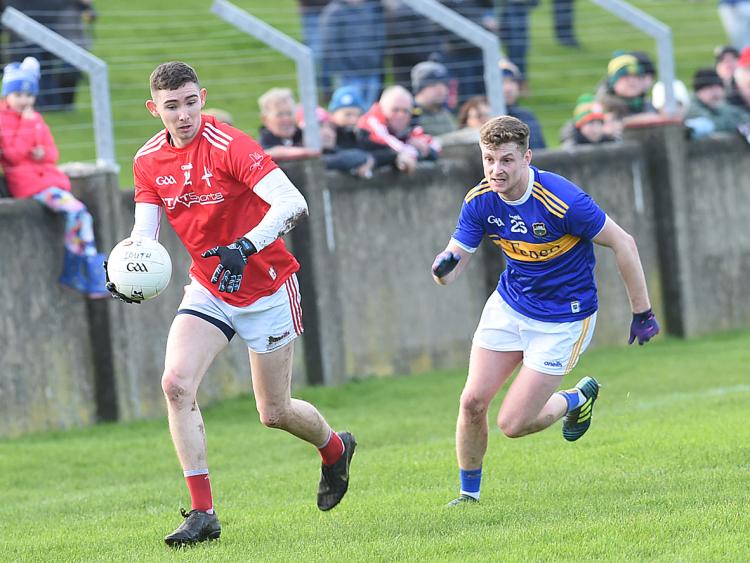 It was the type of crushing defeat that suggests Louth possess a one-way ticket to Division Four. A second successive reverse, relegation was the outcome of the last league campaign that began as such, in 2018.

Lady luck seemed to be favouring Wayne Kierans’ men on Sunday, Tommy Durnin’s looping goal three minutes into the second half bridging the advantage to six points. In spite of facing a stiff breeze blowing towards the hospital end, Louth, it appeared, had too much for sluggish Tipperary.

But a return of just two points over the remainder of the contest, both Sam Mulroy frees, left the door ajar for the Munster men to launch a momentum-supported push amid the closing quarter, Brian Fox’s injury-time winner icing a run of five consecutive points from the 56th minute onwards.

It was a knockout blow to an already wounded Louth side that continues to bleed players. Ryan Burns and Declan Byrne were both ruled out of the Gaelic Grounds clash through injury, bringing the tally of outfielders currently unavailable due to hamstring trouble to six - Conall McKeever, Ciarán Byrne, James Craven and Niall Sharkey being the outstanding quartet.

Yet it would be naive to blame absenteeism for Sunday’s “heartbreak”, as Kierans referred to it. There really can be no excuses as Tipp were there for the taking and Louth, in fact, had ‘taken them’, only to allow David Power’s charges to roam from captivity.

The game-costing slump coincided with the premature substitutions of Liam Jackson and Paul Mathews, while those introduced by Tipperary had an influential impact on proceedings, Alan Moloney especially. Tipp’s No22 kicked two outside-of-the-left points fit to grace Croke Park, registers which had a rousing effect on the winners. 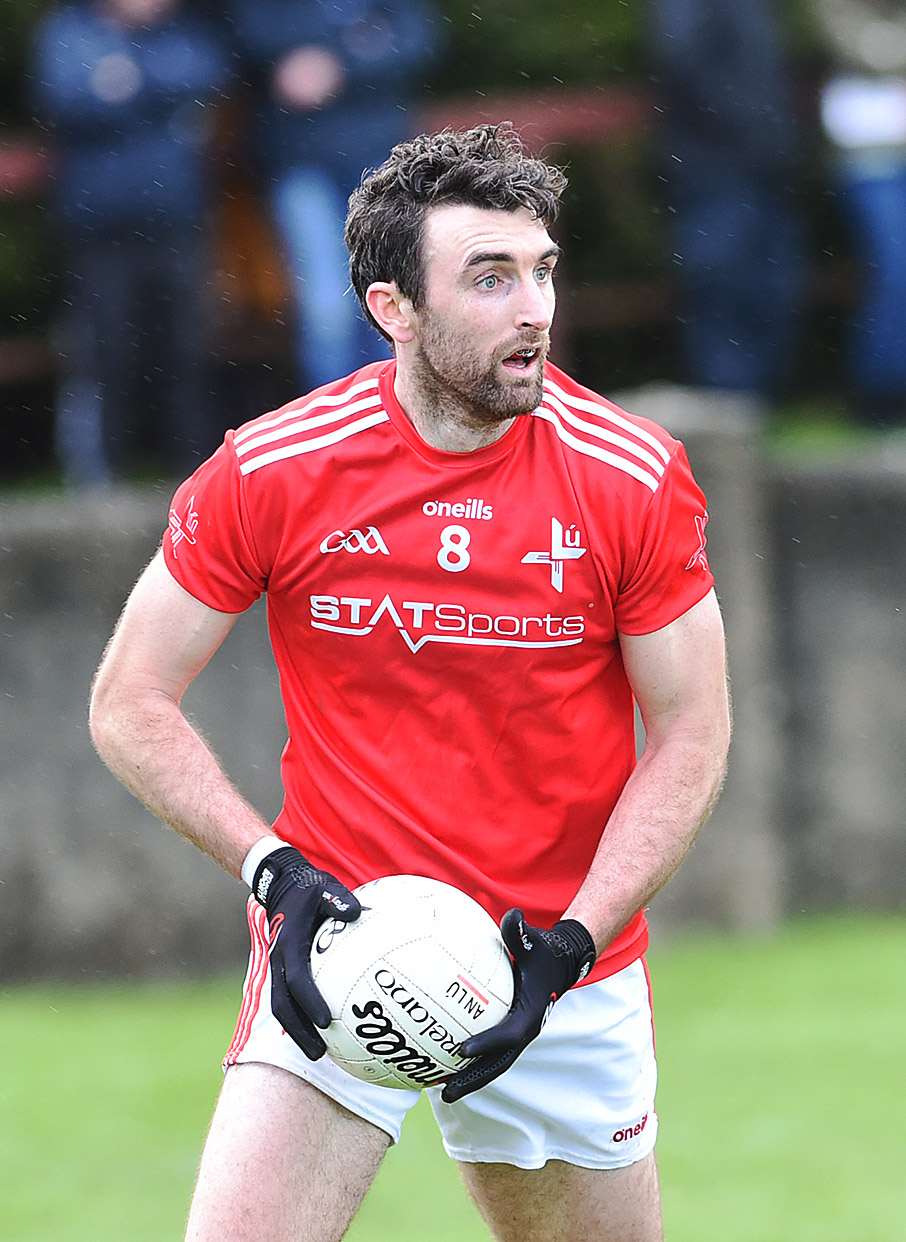 Louth, meanwhile, coughed up possession on a repeated scale and while the gust grew, Jackson and Mathews were making light of the conditions with powerful, surging runs before their calling ashore. Thereafter, the purpose went out of The Reds’ play and Tipp, with Fox and Jack Kennedy outstanding, rammed a dagger through Louth’s faltering challenge.

“When you factor in the injuries, you’re down a few players and the impact off the bench mightn’t be as you hope,” Kierans told The Democrat, outside a depressed home dressing room.

“It’s pretty heartbreaking, when the boys put in a performance, to not get over the line. We were hanging on at the end before they got their noses in front; I suppose the wind was a big factor and we kicked a lot of wides with the wind in the first half.

“The performance was much improved and the boys gave everything, but that’s not really a consolation at the minute.”

The consequences of the weekend’s result are colossal, too, given this year’s altered format. Not only, via the Tipp defeat, have Louth’s promotion hopes dispersed, with a demotion scrap veering into clear sight, there is now an inevitability that the county will be condemned to the first running of the meaningless B Championship, with the Leinster final place required, should league promotion not materialise, looking far beyond reach.

While round one losses aren’t catastrophic, back-to-back failures are virtually impossible to recover from in a telling sense, with the standings beginning to take shape from the current juncture. Midway through the second half on Sunday, Louth were primed to bound towards mid-table, Tipperary, Leitrim, Offaly and Derry each pivoted beneath. But, in the aftermath of a collapse, The Reds are now the only pointless competitor of Division Three’s eight. 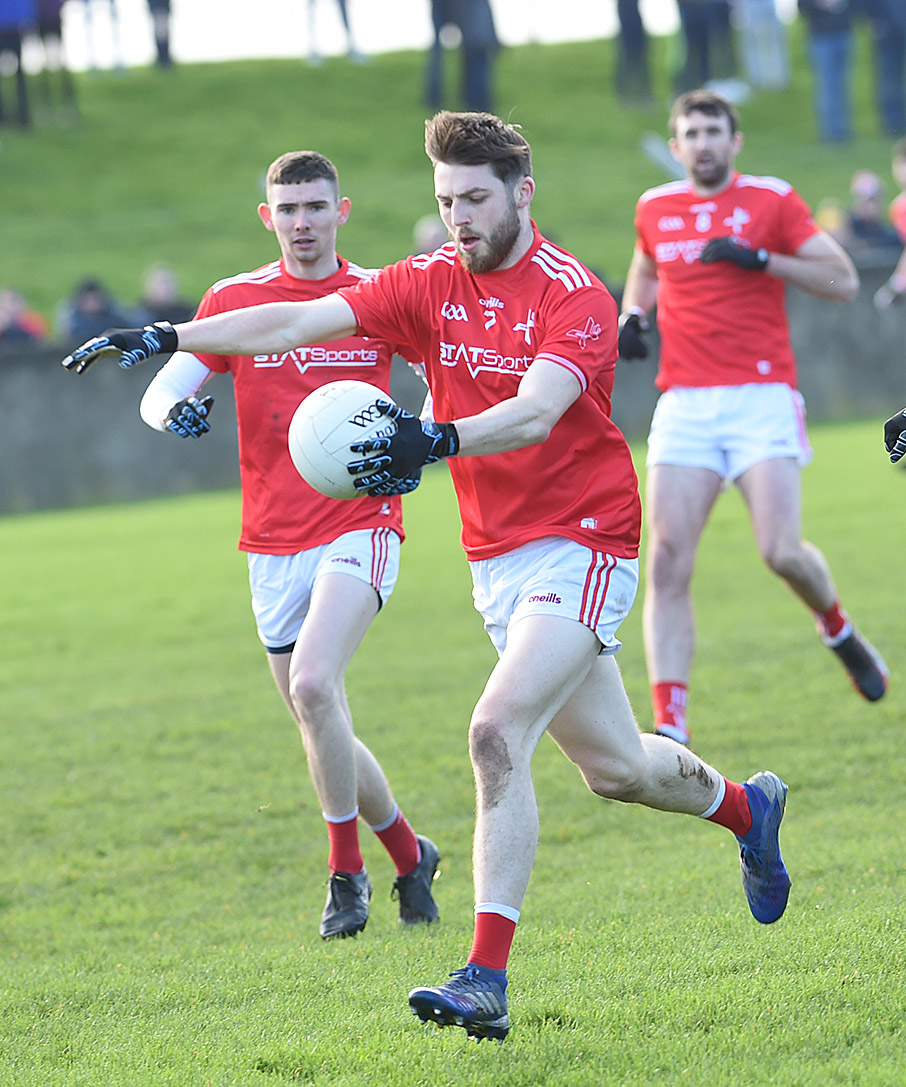 Kierans touched upon his team’s first half wides’ tally of seven after the game and while he was content with holding a three-point lead at the interval, it ought to have been more on account of the conditions. And then there was Tipp’s incredible draught, entailing all of 32 minutes from when Conor Sweeney established their early two-point lead.

When the tide subsequently turned, Mulroy (3), Emmet Carolan and Durnin efforts were successful, but a killer goal chance was never burgeoned until the latter’s wobbling shot pipped the grasp of Evan Comerford, shortly after half-time.

At that stage, had this been a boxing contest, the referee would have been tempted to call a halt with one performer - Tipp, in this case - being hauled around like a ragdoll. But Louth relented in their physical pummeling, allowing opponents other than Fox, the man of the match, to punch in reply.

A sideline conversion from Sweeney was the standout finish among four consecutive points which reduced the deficit to two, 1-5 to six. Though Louth kept a lid on Tipp’s head of steam via Mulroy’s brace, only for the pressure to mount to uncontainable levels, with the hosts’ most established stars failing in their bid to halt the demise.

Moloney’s wonderful couple accompanied Sweeney and Kevin Fahey strikes before Fox cut inside in stoppage time to cap a highly unlikely revival, leaving Louth mystified as to the reason for their implosion.

“We couldn’t get the couple of scores in the last quarter of the game to keep us right,” Kierans added.

“They finished very strongly and every time we did break away we just couldn’t connect with the forwards. We were giving it back cheaply to them and they were kicking nice points.”

Louth’s season is in a perilous state. Defeat to Offaly is imponderable.