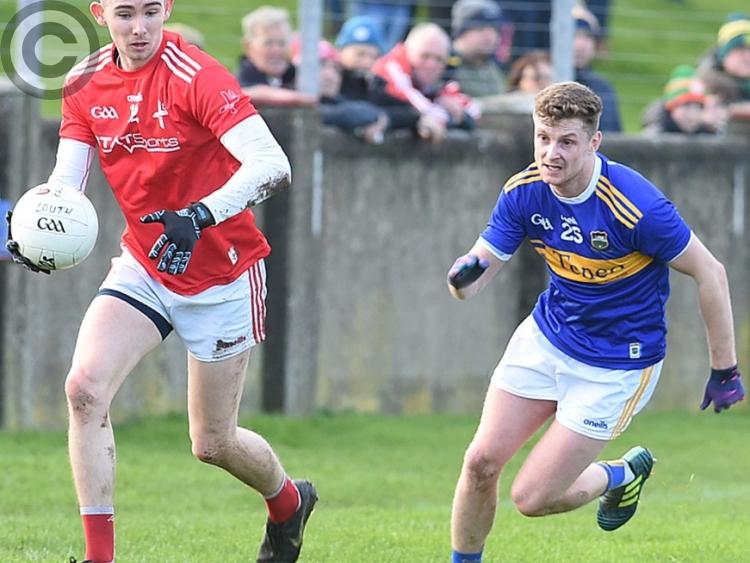 HIGHLIGHT
Tommy Durnin’s goal is the obvious answer, but otherwise the displays of Sam Mulroy, Liam Jackson and Paul Mathews were very encouraging.

LOWLIGHT
What else but Louth’s second half implosion? To be six points clear and have lost without conceding a goal doesn’t make for reflective analysis of the positive variety.

TURNING POINT
The first of Alan Moloney’s pair of graceful points sparked Tipp to life, although Louth’s withdrawal of Paul Mathews from the half-forward line proved to be significant in the overall scheme.

MAIN MAN
Brian Fox, Tipp’s diminutive and long-serving forward, had a fabulous game, shining even when his team were on the rack. A magnet for breaking ball, the No12 always used his possession wisely.

REF WATCH
Carlow’s John Hickey wasn’t the flavour of Tipperary mouths, though he did quite a good job overall. Lenient in regard to his card usage, which helped the flow of the game.

WHAT’S NEXT
Sunday sees Offaly, who won in Drogheda during the O’Byrne Cup, visit for a crucial duel with Louth at the foot of the table, while Tipperary will seek to stretch their unbeaten run when facing winless Derry at Celtic Park.