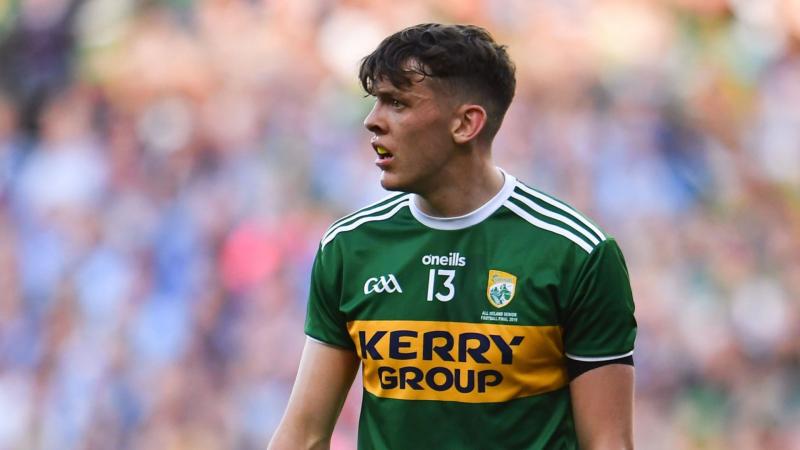 Dublin went to war without arguably the county’s best-ever, Stephen Cluxton, and Kerry were led by new captain, the 21-year-old David Clifford.

Anthony McSorley threw political correctness to the wind by sticking to the usual name given to the fundraiser he’s currently running for us (Aka Dundalk Gaels.) Last Man Standing is what these forecast competitions are best known; to have called it Last Person Standing might have impressed the club’s female members, but probably wouldn’t have got Anthony any more contestants.

What’s required is to pick a winner from each round of Division One and Two National Football League’s 16 matches. Keep coming up with winners and you stay in – miss out and you’re, well, out. You have to make your seven selections before the competition gets underway, and just to make it even more difficult, you can’t pick the same team twice.

The ball was thrown in last weekend, and the guess is Anthony has already put an x through several of his entry-forms. A draw is treated as a defeat, and since there were two matches – the really big one included – which ended with the points being shared, you can be sure several tenners have already been kissed goodbye.

That big one was, of course, the Croke Park meeting of Dublin and Kerry, a repeat of last year’s epic two-match All-Ireland final. Dublin went to war without arguably the county’s best-ever, Stephen Cluxton, and Kerry were led by new captain, the 21-year-old David Clifford. There were over 42,000 at Croker, and despite what you hear of Kerry supporters being poor travellers, none of their side’s 20 scores, especially the equalising point, was greeted with silence.

Cluxton’s stand-in, Evan Comerford, had no chance with the one that beat him. It was scored by Clifford, who, if injury or Australia remains foreign to him, can make an imprint as big, or even bigger, than the many great wearers of the green-and-gold before him.

Banty’s Monaghan went close to grabbing a point from their away match with Galway, who, like Inside Track’s Last Man Standing selection, Kildare, had someone new calling the shots from the sideline.

Pádraig Joyce was, as Clifford is today, a joy to watch as a player, and in his new role will be encouraged by his team’s performance, and also by Corofin winning the senior and Oughterard the intermediate All-Ireland club championships – the latter putting an end to the hopes of Magheracloone Mitchell’s in a final played immediately before Dublin’s match with Kerry.

(If we could just switch sports for a minute: as he plans ahead, Brian Cody would have welcomed Kilkenny teams winning each of hurling’s three club titles, junior, intermediate and senior. The production line shows no sign of getting clogged up.)

Jack O’Connor won football’s biggest prize as Kerry manager; as new Kildare boss he is walking the same road as another Kingdom winner, Mick O’Dwyer, hoping, no doubt, to go one better. O’Dwyer was on the sideline when, in 1998, the Lilies fell to Galway at the last hurdle. O’Connor will be doing well to get that far.

Good stuff throughout the league’s first weekend, when the new rules came into play. Not, however, from a Louth perspective.