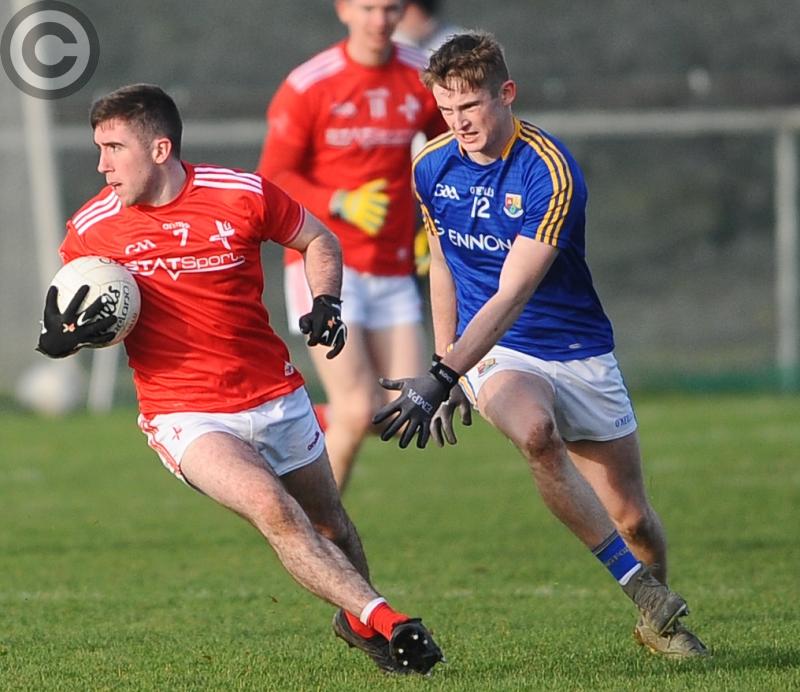 There was nothing from which Louth could take consolation from the weekend’s NFL Division Three results. The aim going into the competition was, of course, to try to win promotion – narrowly denied last year – but also focus on avoiding relegation. Best way to do that is to win as many games as possible and hope that other results go the right way.

A little less than 24 hours before Louth were beaten by Longford over the weekend, the team labelled the most likely to be a cushion for the other seven picked up a draw.

Leitrim were at Derry’s Celtic Park, and though rated 8/1 chances by the bookies to beat the locals, the team best known as Shannonsiders grabbed a draw, which, for the information of those who, unlike Inside Track, like to have a bet on a match, was on 14/1.

Shorn of a number of last year’s stalwarts, the team Wayne Kierans put together for Sunday’s visit to Pearse Park had several National League debutants included. They tried hard, as newcomers do, but what they, and the regulars, had to offer wasn’t good enough to get the campaign away to a winning start.

Kierans will take consolation from the fact that last year’s campaign had a similar start – maybe worse since the game was played in Drogheda – before ending with his team being only denied promotion. There was only a point in it – one over the bar, that is.

To find themselves with the same to play for with one match remaining in this year’s renewal, Louth must begin by beating Tipperary next time out. Tipp drew with Down on Sunday.