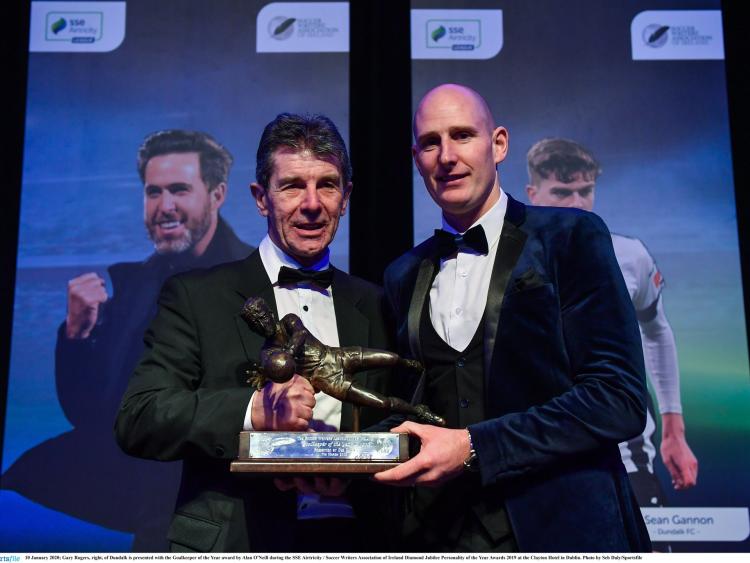 Gary Rogers is “looking forward” to getting back onto the Oriel Park pitch when Dundalk FC takes on Drogheda United in the annual Jim Malone Cup match on Thursday night, insisting that the game will most certainly have a “competitive” feel to it.

After winning their first pre-season friendly 7-1 against UCD, The Lilywhites put in spirited performances against CFR Cluj and CSKA Moscow in Spain last week, losing both matches, 2-1 and 2-0 respectively, with the Dundalk shot-stopper drawing plenty of positives from the squad’s trip to the Mediterranean.

“It’s been a really good trip, really good to go out and play against the calibre of opposition that we have and compete really well in both games,” he told The Democrat.

“We probably could have scored (against CSKA); we had a couple of good opportunities. Obviously, we scored against Cluj and were in the lead for most of the game and just petered out in the end, but I think we can take a lot from both performances. We really competed very well and there are a lot of positives to take out of both games.”

Dundalk conceded two goals inside the first 12 minutes against CSKA in Oviedo on Friday, but made a good account of themselves after that against what are seasoned European campaigners, who have, impressively, qualified for the Champions League group stages in six of the last seven seasons.

The player that scored both goals against Dundalk was Arnor Sigurdsson, who, significantly, got the third in CSKA’s memorable 3-0 win over Real Madrid at the Santiago Bernabeu just over a year ago.

On Friday, the Icelandic international was denied a hat-trick from the penalty spot by Rogers, who saved superbly after defender Seán Hoare was adjudged to have fouled David Karaev in the box.

“It’s nice to make a couple of saves in a game. Obviously, penalties can go either way – it’s nice to save an odd one, but I think it’s just about getting yourself back in the swing of things and to be competing and playing against that sort of opposition at that intensity, it’s really good preparation for the league.”

Having flown back to Ireland on Sunday, Vinny Perth’s men continue their preparations for the new season with the Malone Cup match, while friendlies against Irish League side Crusaders and Longford Town – both within 24 hours of each other – have also been pencilled in.

Dundalk have been the victors in each of the last four editions of the pre-season competition, the most recent of which was a comprehensive 5-1 win over their County Louth neighbours 12 months ago.

“I think everyone, when it comes to playing Drogheda in the Jim Malone Cup every year, you’re going out obviously to win the game like you are in every other game,” continued Rogers.

“I know it’s deemed as a friendly, but it’s a good competitive match in pre-season and it really helps get us ready for the start of the season, so it’ll be one we’ll be looking forward to when we get home.

“We’ve played two games this week and we won’t play until Thursday, so it’s a great opportunity to get back on the pitch.”