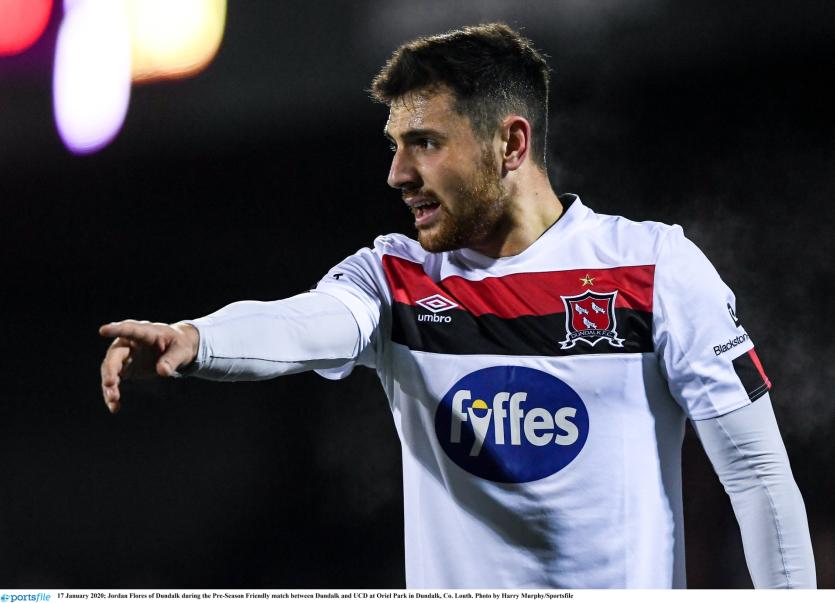 Dundalk FC have concluded their pre-season trip to Spain with a 2-0 defeat to Russian side CSKA Moscow.

An early brace from Icelandic international midfielder Arnor Sigurdsson meant that The Lilywhites suffered a second successive defeat of their annual excursion to the Mediterranean, albeit at the hands of two teams that had qualified for the Europa League group stages and beyond this season.

This game, played at the picturesque Hotel Campoamor facility in Oviedo, came just two days after Vinny Perth’s side suffered an unlucky 2-1 defeat to Romanian champions CFR Cluj, but the Dundalk head coach will, no doubt, draw plenty of positives from games he had described as “massive tests.”

CSKA took the lead inside five minutes, when a long ball over the top from another Iceland international, Hordur Magnusson, found its way to David Karaev, who squared for Sigurdsson to finish easily from close range.

The Russian giants doubled their advantage in the 12th minute through Sigurdsson again, who slotted past Gary Rogers after Slovenian international Jaka Bijol had played him through on goal.

Sigurdsson had an opportunity to complete his hat-trick on the half-hour mark when Seán Hoare was penalised for a foul in the box on Karaev. However, he was denied the match ball as Rogers saved brilliantly from the spot-kick.

Dundalk showed plenty of signs of positivity after that, but couldn’t force a way back into the game. Next up for Perth’s charges is the Jim Malone Cup match against Drogheda United, which takes place at Oriel Park on Thursday.