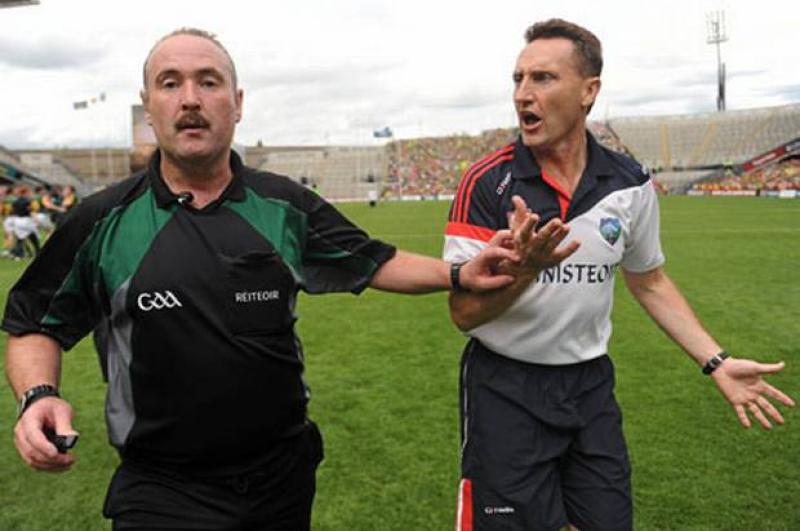 Referee Martin Sludden argues with Louth manager Peter Fitzpatrick after the 2010 Leinster senior football final at Croke Park, in which Meath robbed The Reds of glory.

They were part of the big acts when this decade began and are still in the news as it comes to an end, not so much Paddy Keenan, but certainly Peter Fitzpatrick and Rob Kearney. Stephen Kenny and Eve McCrystal, both big winners, joined in as the years tripped by.

From news-makers to news-providers, those who made constructing Inside Track that much easier. Jim McCourt and Joe O Cearuill (remember him?) were always good for a bit of copy – the former still is.

Wayne Kierans, the present incumbent, is one of four Louth senior team managers to come in succession to Fitzpatrick. Aidan O’Rourke, Colin Kelly and Pete McGrath are the others. If their stewardships have come in for close scrutiny it’s because the county team has the biggest following – latent as it might be right now – than any other in these parts.

Glimpsing the IT pages, let’s take a look back at the first half of the decade, giving prominence to the big stories. (The second half will be reviewed next week.) 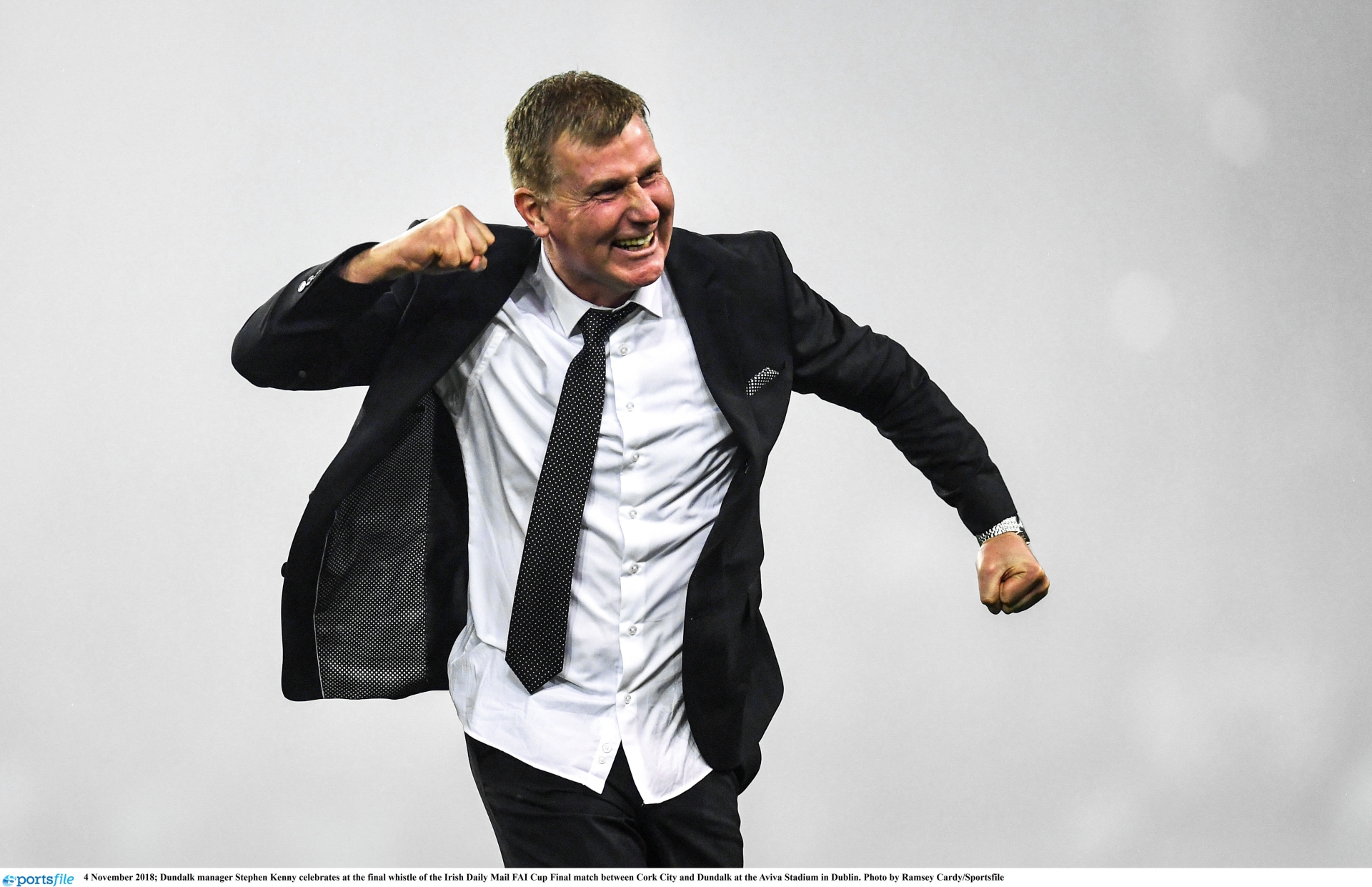 2010
Come on, all of you who like to have your sports knowledge tested: Who refereed the Leinster senior final, telling a clearly hesitant umpire to raise the green flag? He calls it a goal after Joe Sheridan has, in the eyes of the 48,000 at Croke Park and the many thousands more looking in on TV, thrown the ball into the net?

Martin Sludden is attacked after the final whistle by Louth supporters, and that gives Christy Cooney an out. The GAA president of the day dwells on the after-match incident, choosing to ignore what had been one of the game’s greatest injustices. He later says Sludden had ‘made a mistake’. The record books show Meath have beaten Louth by two points.

Peter Fitzpatrick – with two men of All-Ireland experience on his sideline team, Donegal’s Brian McEniff and Peter McDonnell, who had helped oversee Armagh’s 2002 success and later took over as the Orchard’s manager – is Louth team boss. Paddy Keenan, one of the team’s midfielders, gains some compensation for missing out on a medal by being named an All Star.

- Shane Gray, a local lad new to the jockey ranks, has his first mount at Dundalk Stadium

- Ian Foster, in his first year at Oriel Park, guides Dundalk to a mid-table position in the league

- Tony McCoy is BBC’s Sports Personality of the Year 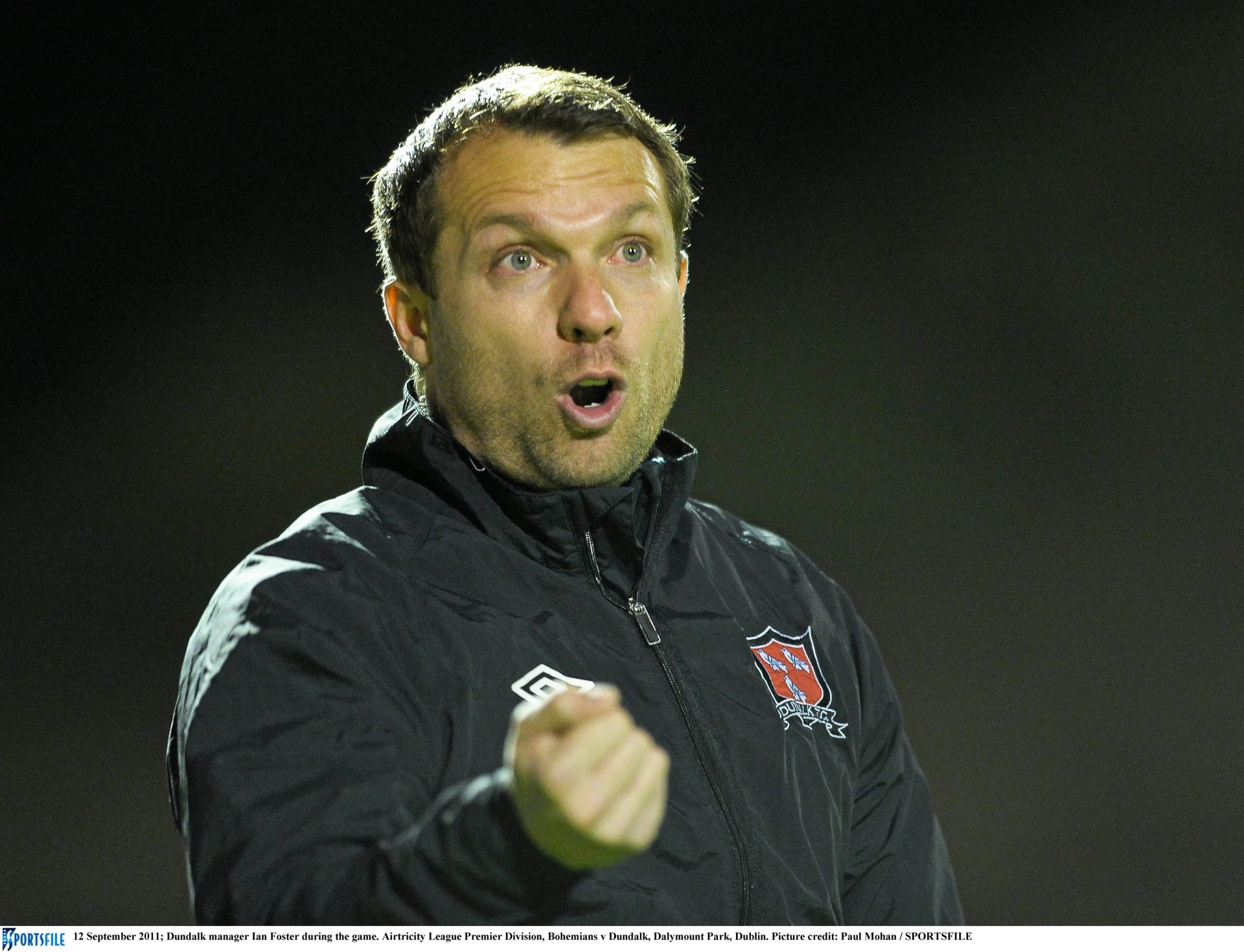 2011
A good year for rugby, with, as you would expect, Rob Kearney and Devin Toner part of the narrative. Both share in Ireland and Leinster successes and featured in the World Cup. But there’s more to the game than the International and provincial elements. There’s the junior club level, and here there’s a significant local win, Dundalk claiming the coveted Provincial Towns Cup.

It must be the Cooley air. Steve McGee, who captains the team that beat Tullamore in the final played in Edenderry, was born and reared in Bellurgan, and is living there when he leads his team to a first win in this prestigious competition in 24 years.
Steve’s the full-back, while further afield is Carlingford’s MJ McKevitt.

- Dundalk Schools win the Leinster Colleges’ A title, but are well beaten by Newry’s St. Colman’s in the All-Ireland semi-final.

- Louth seniors win the National League’s Division Three title. The championship, however, is a disaster; beaten by Carlow and then routed by Meath in the All-Ireland qualifiers

- Plans for a new stadium at DkIT are unveiled. It will play host to Louth GAA county and club games, and will have a capacity for upwards on 14,000, with four thousand seated

- Peter Fitzpatrick trades with his popularity, getting himself elected to the Dáil 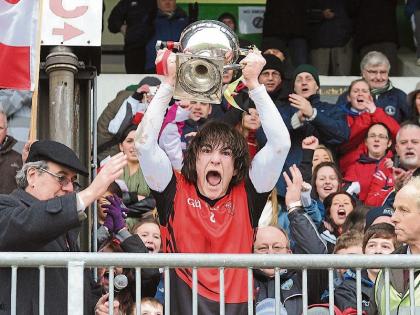 2012
No-one knows what to expect when Stephen Kenny is appointed Dundalk manager. The Dubliner, taking over from interim boss, Darius Kierans, is the ninth to hold the position in a decade, and it is with more hope than confidence that supporters view his arrival from Shamrock Rovers.

Inside Track comments: “The hope is that Kenny is given the chance – and, more important, wants – to stay the distance.

He’ll almost certainly dispose of more of last season’s panel than he’ll retain: finding the right new faces will go some of the way towards determining how successful his first season will be.”

- Rob Kearney is named Europe’s player of the year

- Charlie McAlester, one of the great personalities of Louth football, passes away after a long illness. All Stars, All-Ireland-winning managers and players are among the many hundreds attending his funeral in his native Drogheda 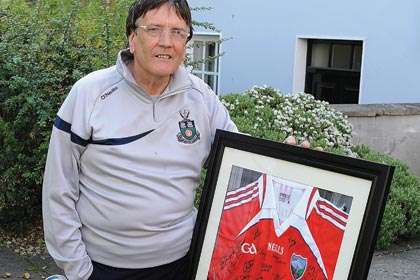 2013
Dundalk Stadium, just six years after it became the first in Ireland to stage all-weather racing, picks up two major awards. It is named track of the year and also takes the gong for catering at the Horse Racing Ireland annual bash.

Aside from that, the track plays host on race days to some of the country’s top equine stars. Giving lie to the perception that all-weather racing caters for the lower grades, leading trainer, Aidan O’Brien, brings many of his stars northwards from his Tipperary stable, among them intended runners at America’s Breeders’ Cup meeting.

With 37 meetings per year, Dundalk is the busiest of the country’s race tracks.

- Plans for a new stadium at DkIT are shelved. Attention once again switches to Drogheda’s Gaelic Grounds, the hope being it can finally be brought up to a proper standard

- One of Dundalk soccer’s finest, Tommy McConville, goes to his reward. The Church of the Redeemer is thronged for his Requiem Mass

- Rob Kearney’s best-ever International try? He intercepts a pass in the Aviva test with All Blacks and has the crowd on its feet as he dashes almost the length of the field to score. His brother, Dave, is included along with Devin Toner.

- Clare beat Cork in a replayed All-Ireland hurling final, deemed one of the best ever. 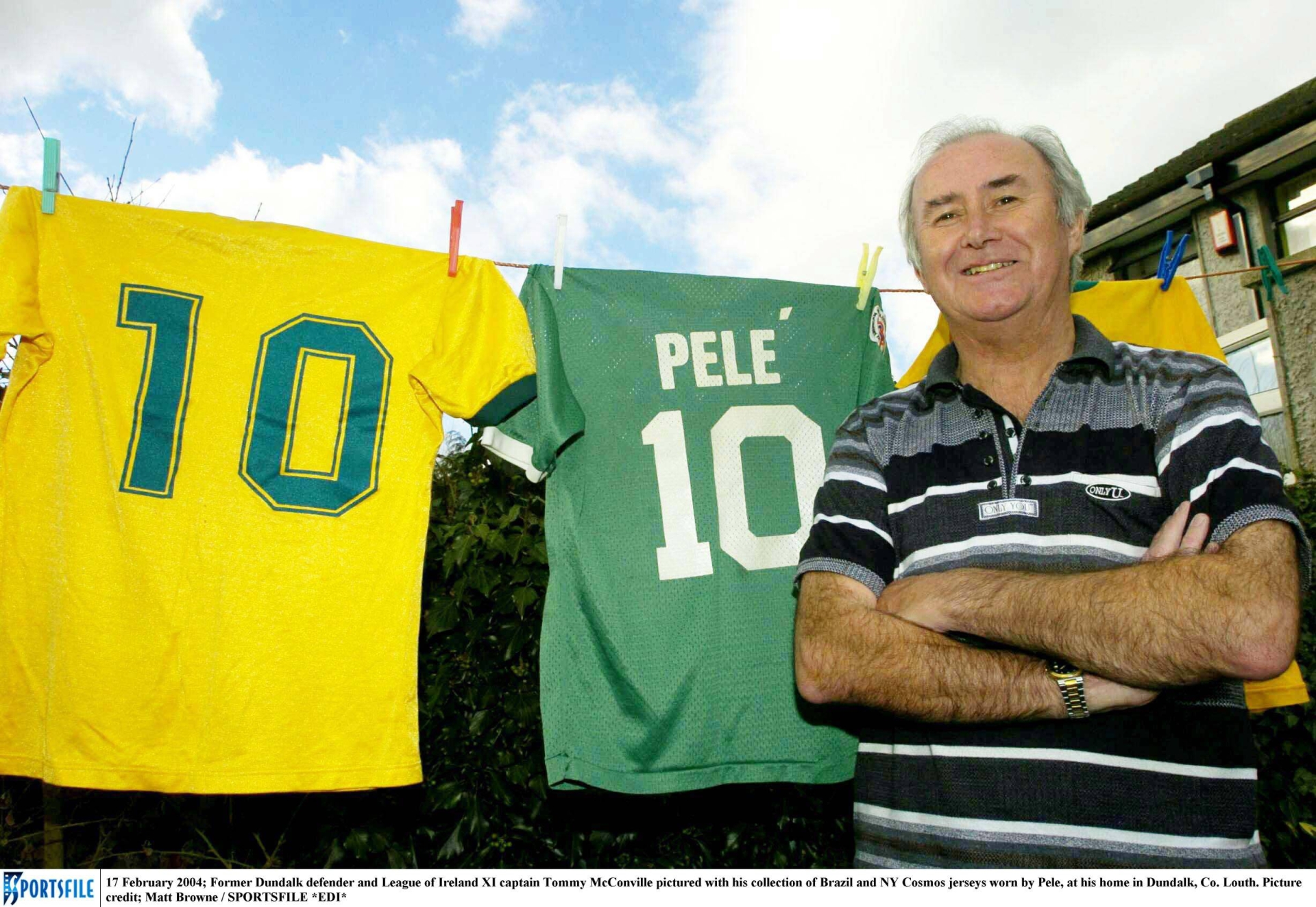 2014
Dundalk – and other towns and villages along the proposed route – goes all pink in anticipation. The 200 riders pedal their way in the Armagh Road as stage three of the Giro d’Italia, world cycling’s second-biggest race, unfolds. And when they are gone, in little more than a blink of the eye, making their way on to Dublin, we ask what was it all about.

Well, it does the town’s image no harm at all. Pictures are shown all around the world, not only of the participants, but historical and other features in town and surrounding areas. Thousands line the streets.

- Stephen Kenny goes one better than on his debut season, leading Dundalk to a first league title in 19 years. Oriel Park heaves for the decider, a televised meeting with Cork City who only need a draw to become champions. Dundalk do it in style, winning 2-0.

- Paddy Keenan wins his sixth county senior cham- pionship medal and then announces his retirement from inter- county football. Shane Lennon, another who has given the red jersey outstanding service, also stands down. Their final match is in the championship defeat by Tyrone.

- John Delaney, the FAI chief, loses the run of himself after the Republic of Ireland beat USA 4-1 in a friendly, giving the ballad, Joe McDonnell, a far from melodious blast in a Dublin pub.

- Rory McIlroy wins his third Major, finishing comfortably ahead in the British Open

- Johnny Murtagh, a great favourite at Dundalk’s track, changes tack, going from jockey to trainer. He rode the first winner on the all-weather