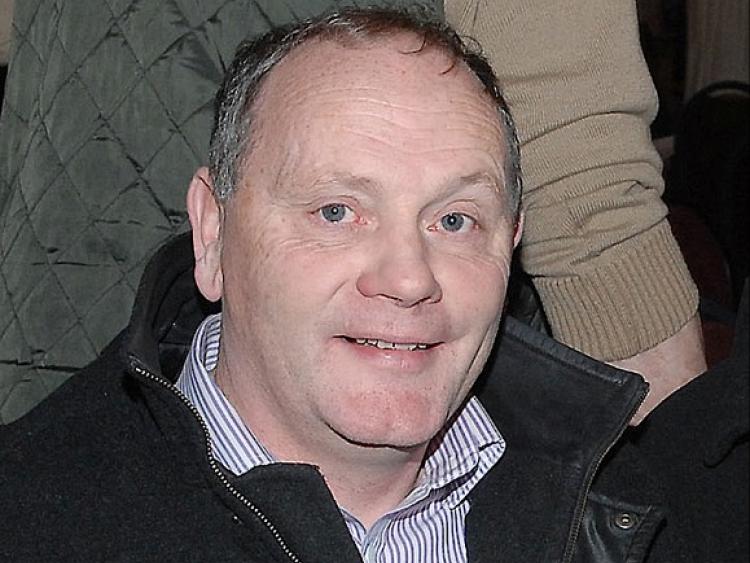 This year, can you imagine, at U16 we hadn’t got one club in Dundalk on their own. We should be ashamed of ourselves, everybody. What we’re doing at Coaching & Games seems to work in most rural areas.

The plight of underage football in Louth rose to the fore of last Monday’s Convention with Minor Board vice-chairman Kevin Gordon highlighting the severe issues which exist within the towns of Drogheda and Dundalk.

Several delegates, from varying parts of the county, got involved in the subsequent debate, with the wider sentiment appearing to favour a return to a street leagues format at juvenile level.

Speaking on the issue, Mr Gordon said: “If you look at the 44 underage finals, there’s only two urban teams that have actually won a final in Divisions One and Two.

“One of the things I found very disappointing this year, and my own club (Na Piarsaigh) is one of them: At U16 level, we had six clubs in Dundalk that had to amalgamate. I mean, that’s unheard of.

“We have to really get behind our clubs and push it from the very bottom. It’s going to take a lot of work because there’s a lot of problems.”

Responding, St. Kevins’ David Rogers, who has long campaigned about the problems that exist within the county’s urban centres, claimed: “We should be ashamed of ourselves”.

He said: “This is a point we’ve been making at County Board meetings for the last five or 10 years, there are serious issues in the two big towns in this county; the two biggest towns in the country.

“We don’t get any footballers out of them and we’ve been saying this year on year. We increase our numbers at Cúl Camps every year, which is incredible, but there is nobody playing football in the two towns.

“This year, can you imagine, at U16 we hadn’t got one club in Dundalk on their own. We should be ashamed of ourselves, everybody. What we’re doing at Coaching & Games seems to work in most rural areas, but it certainly does not work in the towns and there are some rural areas that need a bit of help as well. In mid-Louth, they couldn’t even field a minor team between six or seven clubs this year.

“We spent €600,000 odd this year. Did anybody look at the figure we spent on coaching? Two-thirds of it was spent on developing our younger players and yet we can’t field an U16 team in Dundalk; it’s combined.

“People are fed up listening to me, but we have to do something, and we need to do it soon otherwise we’ll have no football in the county.”

St. Mochtas’ Paul Murtagh entered the discussion at this point, highlighting the requirement for “an identity in Louth”, stressing the importance of getting the proposed county grounds in Dundalk in place. Mr Murtagh’s input was strongly backed by the floor.

Peter Begley, of Na Piarsaigh, meanwhile, made a passionate plea, insisting the present structures aren’t efficient in towns, pointing to the financial element of playing Gaelic games as a hindrance.

“The current system for football that’s in place in the towns doesn’t actually work in the towns. It was brought in by Croke Park as Ógsport,” Mr Begley insisted.

“At the Cúl Camp in Na Piarsaigh this year, we actually paid for every child. If we hadn’t done it there would have been nobody at it and we won’t be running one next year. We ran a camp in Muirhevnamor at Easter, with 40 or 50 kids; we ran it for free and they all got gear afterwards.

“The underage set-up that’s coming out of Croke Park suits the larger, middle-class clubs with the larger populations where migration is significant. In the towns, there is a lack of interest since the Cumann Péil na nÓg was done away with - which was a directive from Croke Park - and that’s why football is collapsing in the town.

“Na Piarsaigh can’t do much more than run free camps, and it doesn’t seem to make much of a difference. It’s not down to the clubs (to fix this), it has to be a collective and a collective solution.

“I’m not sure of the solution, but all the clubs have to come together and put a better plan in place. The solution to Louth football is within Louth football. What’s going on in Roscommon, Meath or Dublin is crap, it doesn’t come to us; we’re different. We need to develop a plan that suits the needs of us.”

Pearse Óg’s Damien Callan echoed some of Mr Begley’s sentiments in relation to hurling, saying: “I would have to say that hurling has gone exactly the same way, and maybe worse.

“Unfortunately for Pearse Óg, who were a leading light, we are absolutely and totally and utterly struggling, despite the best efforts of some really good guys, that have come into our club from hurling counties.

“Everybody will go out and say, ‘isn’t hurling the game’. Try and get it into the GAA clubs in County Louth or get it played… It’s not just football in Dundalk I worry about, hurling is the very same, and possibly worse.”

“It’s no coincidence that since we lost the street leagues that there has been a demise in football in both Drogheda and Dundalk,” Mr Matthews said.

“They’re just creeping in there under the radar and if we don’t watch ourselves football in Drogheda… If you think it’s bad now… Maybe we should look back to the street leagues.”

Niall Weldon, Clan na Gael chairman, took a similar view, adding: “For the first time ever, we had to amalgamate this year, with Gaels at U16.

“When I was growing up, Cumann Péil na nÓg was huge within the town and was run under the auspices of our clubs. I think we really need to go back and revisit that.

“There’s big benefit from Ógsport and Cúl Camps, but what’s happening is, there’s an attrition rate when players get to U14-U17 and a panel like ours at U14, we had to amalgamate at U16 level because we lost so many players.

“The problem is we’re not getting enough players at nursery level because we’re not going out on to the streets.”