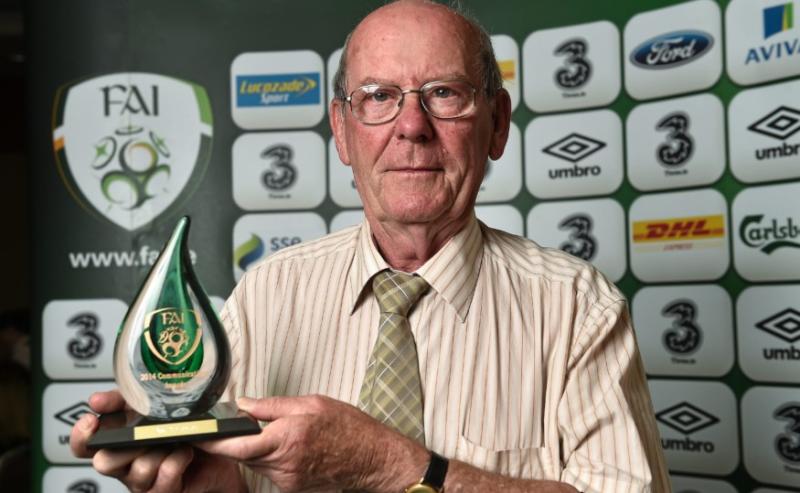 No-one would have benefitted more than me from the information carried in The History of Dundalk FC, the first of the two books written by Jim and published in 2003. (Pic: Sportsfile)

Jim Murphy was there for the launch of the Dundalk Stadium book to which I contributed, and as he approached the table where myself and co-author, John Kirwan, were signing copies, I said something like, “You can show me how to go about this, Jim.”

No-one would have benefitted more than me from the information carried in The History of Dundalk FC, the first of the two books written by Jim and published in 2003. Whenever I would be putting a piece together for this page and needed confirmation about when this or that happened, or when so-and-so played with the team, it was only a matter of reaching for his 485-page tome.

I’d have had a good idea about Oriel happenings back in the 1950s and early ’60s, but still, as I was often told after transferring from this paper’s boiler-house to the sports desk, check your facts. There was nowhere better to do that than in the ‘History’, which, I’m pleased to note, drew much of its information from what appeared in the Democrat, going back to the beginning of the last century.

News of Jim’s sudden death last weekend came as a shock. He was in good form at the race track that night, and later in the company of the lad who conveyed word of his passing to me. His burial takes place this afternoon in the St. Fursey’s Church cemetery, Haggardstown.

Jim was featured in the Questions & Answers slot which this page carried for a couple of years, and I asked him what had prompted him to compile his second book, C’mon The Town, in 2014. “Last summer (2012), when the club was at its lowest ebb and the future looked bleak, there was a call to arms, and I decided that my contribution would be a fundraising book,” he said.

Those dark days at Oriel have passed, hopefully for good. Recent years have been much better, and there’s probably no-one who enjoyed them more than Jim Murphy. Sympathy is extended to his sons and daughters, and brothers and sister.