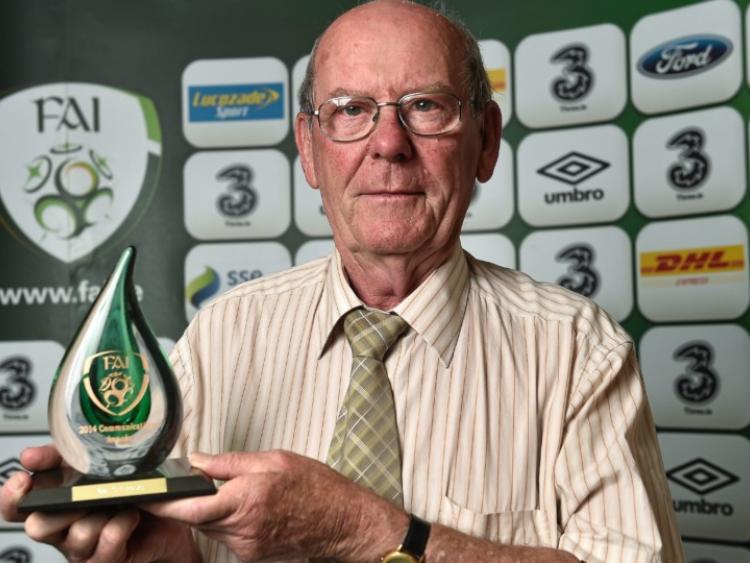 The death has occurred of Jim Murphy, a man best known locally for his association with Dundalk FC.

The death has occurred of Jim Murphy, a man best known locally for his association with Dundalk FC.

Murphy, who was hugely popular among those who knew him, passed away on Saturday.

Dundalk FC paid tribute to the former club director in a statement released via the club's website.

"Everyone at Dundalk Football Club is deeply saddened to learn of the passing of Jim Murphy," it read.

"We send our sincere condolences to Deirdre, Eimear, Seamus, Niamh, Kieran, Mairín, Ruairí and Brónagh and all of Jim’s extended family and friends at this difficult time.

"From his time as a club director to his role as our club historian, Jim was an incredibly important part of Dundalk FC for many decades.

"Jim’s work in researching the history of Dundalk was ground-breaking.

"The publication of his first book, The History of Dundalk FC – The First 100 Years, was published in 2003 and was followed in 2013 with the release of ‘C’mon The Town’—A Dundalk FC Miscellany which won the 2014 FAI Communications Award for best club publication.

"As in the case of his two books, Jim worked with his sons Ruairi and Kieran to produce the DundalkFCWhosWho website and he also developed the “One Team, One Dream” exhibition at the County Museum.

"Jim also contributed many articles to the Dundalk FC Matchday Magazine over many years.

"The attention to detail in all of these projects demonstrated Jim’s love of Dundalk Football Club and will be referenced and enjoyed for generations to come.

"As well as being so warm and friendly to everybody who knew him, Jim was a constant source of support for everybody involved in Dundalk Football Club. In recent years he travelled on many of our European trips and we know that he enjoyed every minute of the experience.

"We will truly miss him at Oriel Park, and we are very grateful for his contribution to our club over so many years.