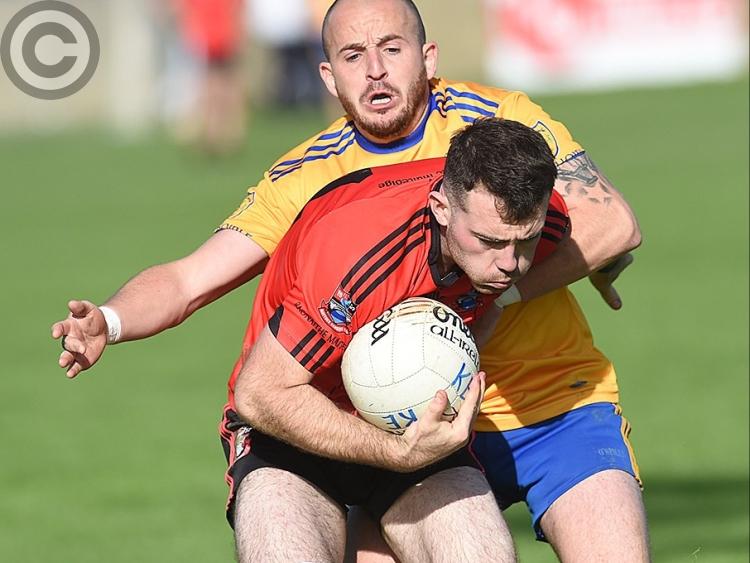 Aaron O'Brien's performance will be key as Mattock Rangers aim to get over Monasterevan's challenge in Stabannon this weekend. (Pic: Arthur Kinahan)

Niall Callan’s team got over Offaly’s Bracknagh in the midlands last Saturday week, but know a stiffer challenge lies in wait this weekend.

But the Collon charges are in good form having brought their searing play from the Louth decider victory over Kilkerley Emmets into their provincial affair - Ryan Leneghan and Brendan Leacy among those to impress once again.

The latter has received a call into Louth training from senior boss Wayne Kierans, a revelation of little surprise given the No.5’s strong displays of recent seasons.

Mattock’s opponents have previous with Louth teams, having beaten O’Connell’s in the 2012 Leinster intermediate final on a scoreline of 0-4 to three.

At the venue where they finally earned a return to the senior ranks, Mattock will be feeling confident and they certainly are playing well enough to progress.

Lively winger Ben McKenna missed the last outing, with Shane Hickey proving an able deputy. Rangers have options and that can see them over the line.