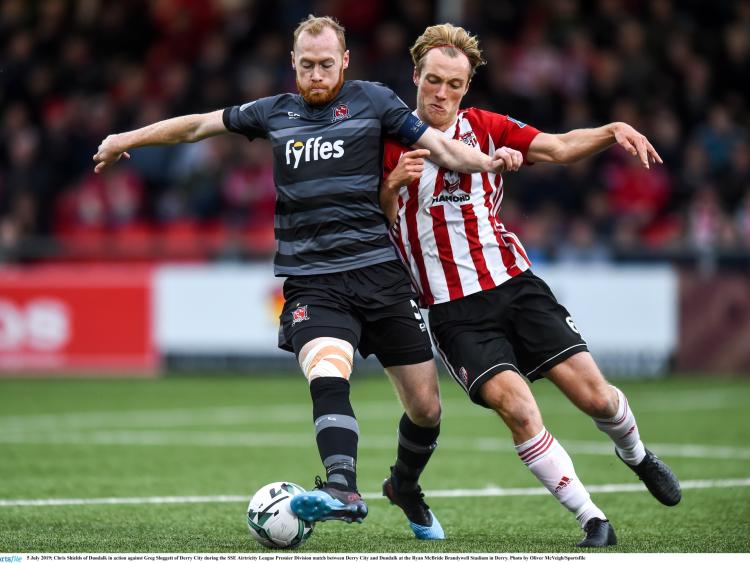 Greg Sloggett is all but a Dundalk FC player following confirmation of his departure from Derry City.

The midfielder has been strongly linked with a move to Oriel Park over the last number of months following a stellar season for the Candystripes, who he helped qualify for Europe.

But Dundalk's interest in the Meath man has been strong and boss Vinny Perth suggested after Sunday's FAI Cup final that the club were close to announcing a signing.

City manager Declan Devine brought the 23-year-old to The Brandywell from UCD and with his exit looming, Devine told The Derry Journal: “We can confirm Greg Sloggett has left the club in the past couple of days.

“Greg has been fantastic for Derry City, both on the field and off it, and we would like to thank him for his efforts this season and wish him well in the future.”

Reports yesterday suggested that an official announcement was looming, although the player is understood to be on holiday which could delay the revelation.