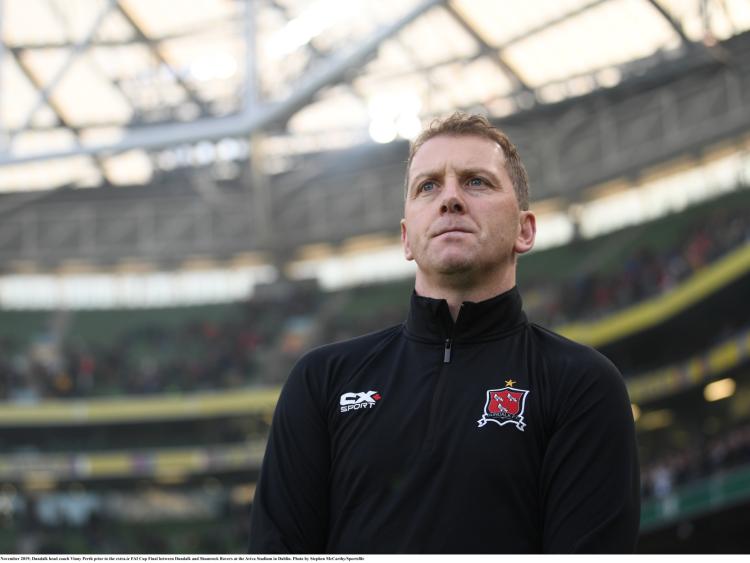 The Dundalk FC head coach pointed towards a bright future in the short time after the club’s domestic treble dreams were shattered.

It’s believed the Oriel Park side are on the trail of a midfielder, with Perth confirming that incomings are imminent ahead of 2020.

“I don’t think today was a season-defining game,” the Dubliner said.

“We have got areas to improve in our squad, but myself and the chairman have been working on that in the last month and we’re very close to improving our squad.

“People will make their own conclusions, but, ultimately, when we won the league we went 17 points clear and I don’t think that was a far off reflection of where we are as a club.”

He added: “There is disappointment for many reasons. I didn’t feel we were at our very best today and that’s disappointing.

“The thing about penalties, about winning cups or trebles, you need certain things to go your way and a little bit of luck. We didn’t get it today, but that’s the way it goes and full credit to them.”

Speaking specifically about the reasons behind last weekend’s defeat, Perth said: “I think at times they can look the better side because of the way they keep the ball, the way they play, but we felt at turnovers that there was a massive opportunity for us to attack and get after them.

“That’s where we probably lacked that bit of composure once we got into the final third.”