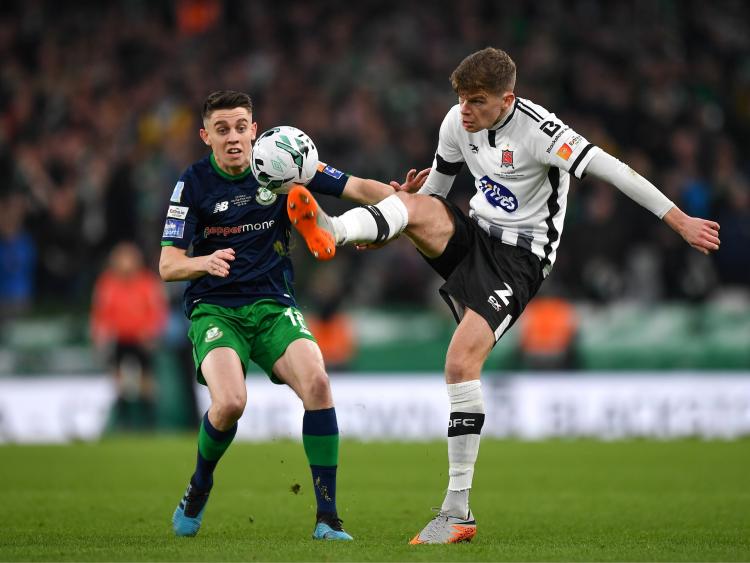 Seán Gannon could be set for his first senior international call-up.

According to today’s Irish Daily Star, the Dundalk FC right-back will be added to the panel for the upcoming clashes with New Zealand and Denmark if Wolves defender Matt Doherty’s knee injury forces him to withdraw.

Ireland are already without captain Seamus Coleman for the Euro 2020 qualifier against the Danes through suspension, with Cyrus Christie fancied to get the nod in the absence of the established duo.

But Gannon, who is in the running for the PFAI Player of the Year award, could yet profit following a fine campaign with The Lilywhites.

Boys in Green boss Mick McCarthy ran the rule over the Ringsender at the FAI Cup final on Sunday.