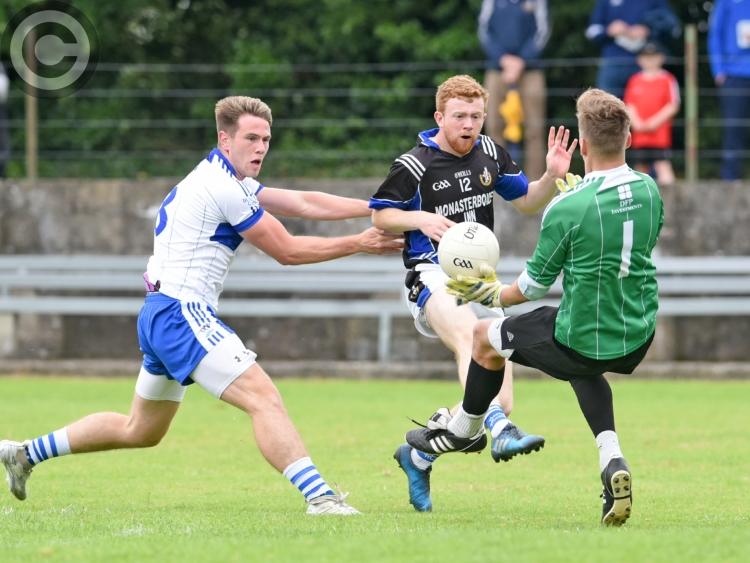 Naomh Máirtín go in search of a rare senior and minor championship double on Sunday in what club chairman Noel Healy accepts is the biggest day in the Monasterboice club’s history.

Healy’s son, Seán, captains The Jocks U18s against St. Joseph’s, before his eldest, Conor, takes to the field for the senior decider looking to make it a unique two-timer in their household.

But, whatever about reaching the Joe Ward showpiece, a minor final appearance certainly wasn’t on the cards at the beginning of the year, he concedes.

“This is absolutely dreamland for the club,” Healy told The Democrat.

“We’ve never witnessed anything like it before. Even the minors, out after we beat the Mary’s in the semi-final, you’d think we were after winning it.

“We were hoping that we’d be mid-table in Division Two and maybe get into the Division Two championship and go well in it.

“It’s just unbelievable the way it turned around, winning Division Two and being here now. We were one-point away from going out of the championship in Collon in a group game.

“In the quarter-final replay against the Mochta’s/Bride’s, they played out of their skins. People were saying it was the best game of football they’d seen in a long, long time.

“They’re a great group. Every one of them is always here.”

Healy, a former Louth U21, points to this year being the fifth successive season in which the club have made the minor semi-finals as being significant, reckoning the first of those latter-stage-reaching teams, the one beaten by Newtown Blues after a replay in 2015, to have been the one which sparked major belief.

“There is an unbelievable effort going on and an underage structure. The things they’re doing with underage players, U10s, 11s and 12s, I love going over and sitting looking at them doing what they’re doing,” he added.

“Some of the things the young players are able to do: passing with two feet and two hands. This is what they’re trained to do. To think what I was made do when I was playing. I was run around that field like a horse with no ball in the hands. Now it’s all ball, ball in the hand when they’re doing sprints.

“The first (senior) training session we’d here at the beginning of February, I think there were 54 lads went down to train below in that back field, and there were four more with the county.

“Usually you’d see lads dropping off, but Neil Cooney said at the end of last year we’d need to go with three teams because of the minors coming through.

“That’s five minor semi-finals in a row we’ve played in, so you’re producing players. The year went shocking well; everyone had an interest because they were getting games across the three teams.”