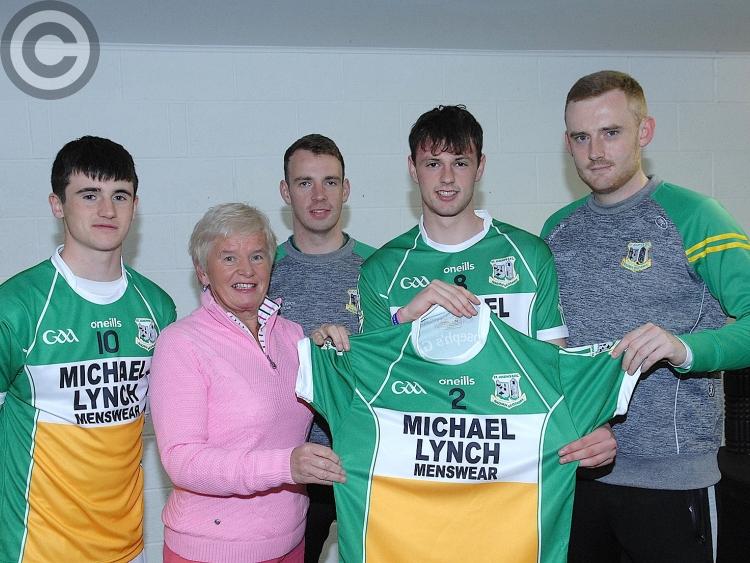 Jack MacNamee was on the right-wing when St. Joseph’s last tasted Fr Larry Murray Cup glory. Nine years on and he has guided the club’s U18s to within 60 minutes of reclaiming the coveted crown.

The Dromiskin/Darver men enter Sunday’s showpiece curtain-raiser as underdogs, but their run to the decider has seen them account for Division One outfits, including the top-flight’s final pairing of Cooley Kickhams and Kilkerley Emmets, the latter at the semi-final stage.

Indeed, this season’s final is unique in that it features a pair of second tier league sides, potentially for the first time ever. But, with The Jocks having picked up honours in the points competition,  pipping MacNamee’s crew in an early round, Joe’s know they’re up against it when making the trek to Drogheda.

Not that their boss is paying much heed to what’s gone before.

“In ’09 and ’10, from myself being involved with those outfits, we never won Division One and we were in it the two years; we got to the semi-final the first year and didn’t even make the top-four the second year, but still won both championships,” he told The Democrat.

“We aimed at the start of the year to win Division Two - and didn’t do it - and for the last couple of years at minor level, even in Division Three, we haven’t won the league, so I don’t know if it’s a coincidence or that we’re not a league team.

“The championship is the ultimate goal and traditionally with the Joe’s, we’re a different sort of animal in a championship setting. That’s what we’re hoping to thrive on and we’re looking back at memories of ’06 (senior), ’09 (minor), ’10 (minor) and ’16 (intermediate).

“At the start of the year you were saying that if you got into Division One and got Cooley, Ardee and the Fechin’s in the first three games, and got a hammering, it would have been the wind blown out of our sail at that stage.

“It was better, in my opinion, to be in the division we were, that we didn’t top, but got to a semi-final, where we were missing players so it’s (the defeat) probably not a true reflection of the group.

“The Máirtín’s beat us at the start of the year - it was a great game, I thought - in a game that really brought our lads on a tonne.”

Among the Cluskey Park team’s line-out are recent Louth minors Gabriel Bell, Ben Collier and Conall McCaul, the latter pair of whom were on the Joe’s/St. Mochta’s U16 side which reached last season’s championship final, losing to Cooley.

Ultimately, drawing from his knowledge of the minor grade, MacNamee feels experience has played a huge part in his charges’ run to this point.

“The two years were very different for us,” he added.

“You had a team in the Geraldines in 2009 where we were that much fearful of the performance they would put in that it actually drove us on to play at our maximum.

“The second year we played a very good Dreadnots team that probably got more out of the group than we have. Our experience of the previous year probably dug us out.

“For this year’s players, when you’re looking back at the roll of honour they have, they’ve Division One leagues at 14s and 16s.

“They’ve lost in the championship final at U16 level last year and a lot of them were more annoyed about the performance and the way they lost to Cooley than the actual result.

“The result in Cooley in August really gave the boys a boost. I always felt they had ability, but I thought that night they were able to say we have a chance of doing something and they just carried that on from game-to-game.

“Hopefully, that’ll stand to our boys. If we get a performance on Sunday, that’s all you can ask for because the result is a consequence of that.”