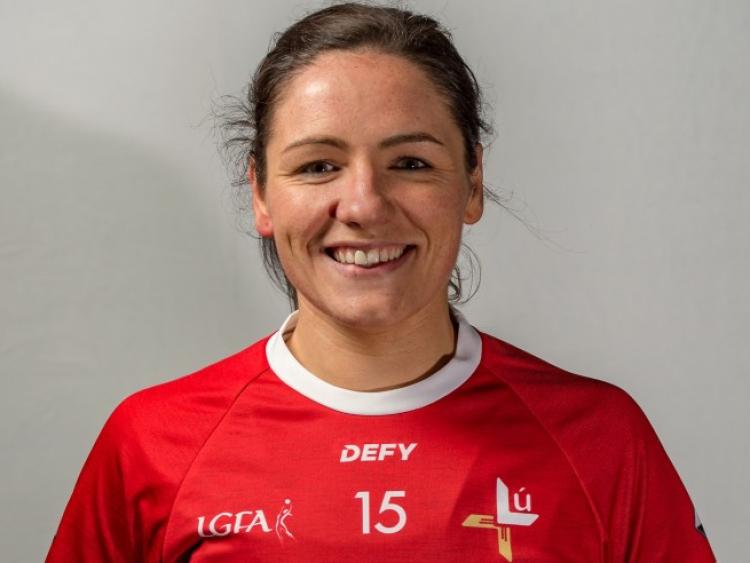 Leanne Sharkey’s semi-final exploits between the sticks are a central reason why Naomh Fionnbarra appear in their first intermediate championship final on Sunday.

While a natural forward by trade, Leanne Sharkey’s semi-final exploits between the sticks are a central reason why Naomh Fionnbarra appear in their first intermediate championship final on Sunday.

The Louth player, who deputised at No.1 in her team’s dramatic one point win over Clan na Gael a matter of weeks ago, is unsure as to the position she’ll take up against St. Patrick’s for their Dowdallshill clash. Yet the occasion remains one she’s relishing.

“You come from your club and it’s where you learned your trade, so it’s close to your heart,” Sharkey told The Democrat.

“To be in our first intermediate final, it’s a massive occasion for us, all the girls and the community.

“We’d a very shaky start to the championship, but our league has been very strong. We’re unbeaten in the league with a couple of games left.

“Our championship was shaky, as I said, but we won when it mattered, I think. We had a good, tough win against the Clans, and I think that’s going to drive us forward against the Pat’s.

“It was only a semi-final, but it felt like a final, because it was so close and that dramatic.

“Winning by one point is always going to pull on the heartstrings. Looking forward to the final, you want that feeling to keep and bring forward.”

On her positional switch, Sharkey added: “I was asked to go in goals and you have to trust your manager and the decision they make. He felt that was the position for me that day.

“I’m more happy to play outfield, I always have, and I think that’s where I’m most comfortable.

“But it’s where the manager puts you. To get a position on a team going out into a championship final, you’d kill for any jersey.”

Sunday’s opposition, St. Patrick’s, were beaten finalists 12 months ago and enter as favourites to atone for the loss. But, having overcome the Lordship girls in the league this year, before going down in the opening round of the IFC, Sharkey is confident her team can make it a day to remember for the Togher club and its followers.

“Looking at the record, it’s quite even. On the day it’s about whoever is the hungriest and wants it more,” she said.

“There were a good few of the men there at the semi-final and anytime you see them they’re wishing you well and cheering you on. They’ve definitely got behind us and they always do.

“We’d like to hope the whole parish will come out on the day, with the flags, the bunting and the car flags, and get a bit of excitement around the place.”