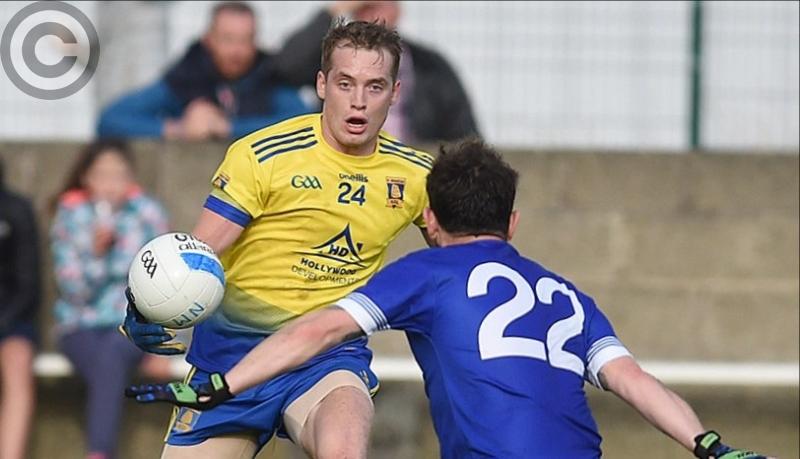 St. Mochtas' Ciarán Byrne will feature for his club in the Cardinal O'Donnell Cup competition next year. (Pic: Arthur Kinahan)

St. Mochta’s, best known by this page as The Villagers, have played in the Cardinal O’Donnell Cup a few times in the past, but never made much of an impression.

The first time was in 1945, the year after they won the junior championship, which was then the county’s second most important knockout. And of course there were some of the Byrne clan on the team, John (x2) and Bernard ‘Ban’ lining out against Dromiskin Round Towers in the final. Life in senior lasted just a couple of years.

Until 1975, it was all about junior. That year, Jimmy Tuft took over as trainer, and the Louth 1950 All-Ireland wing-full masterminded a second junior championship win. Brothers, Brendan, Micheal, Patsy and John Byrne were included for the defeat of St. Fechin’s in the final. Brendan’s brother-in-law, Don Neary, was captain and the redoubtable Patsy Connolly was at corner-back.

There was an even shorter stay in senior this time, and it was the same when promotion was celebrated with victory in the 1981 intermediate championship.

Mochta’s will be reacquainting with the Cardinal O’Donnell Cup next season. Have a wee bet on this sojourn being longer than any that went before. Indeed, rather than being involved in, maybe, a fight against relegation, as happened so often before, they might just be up there tussling for a place in the top four, at least. 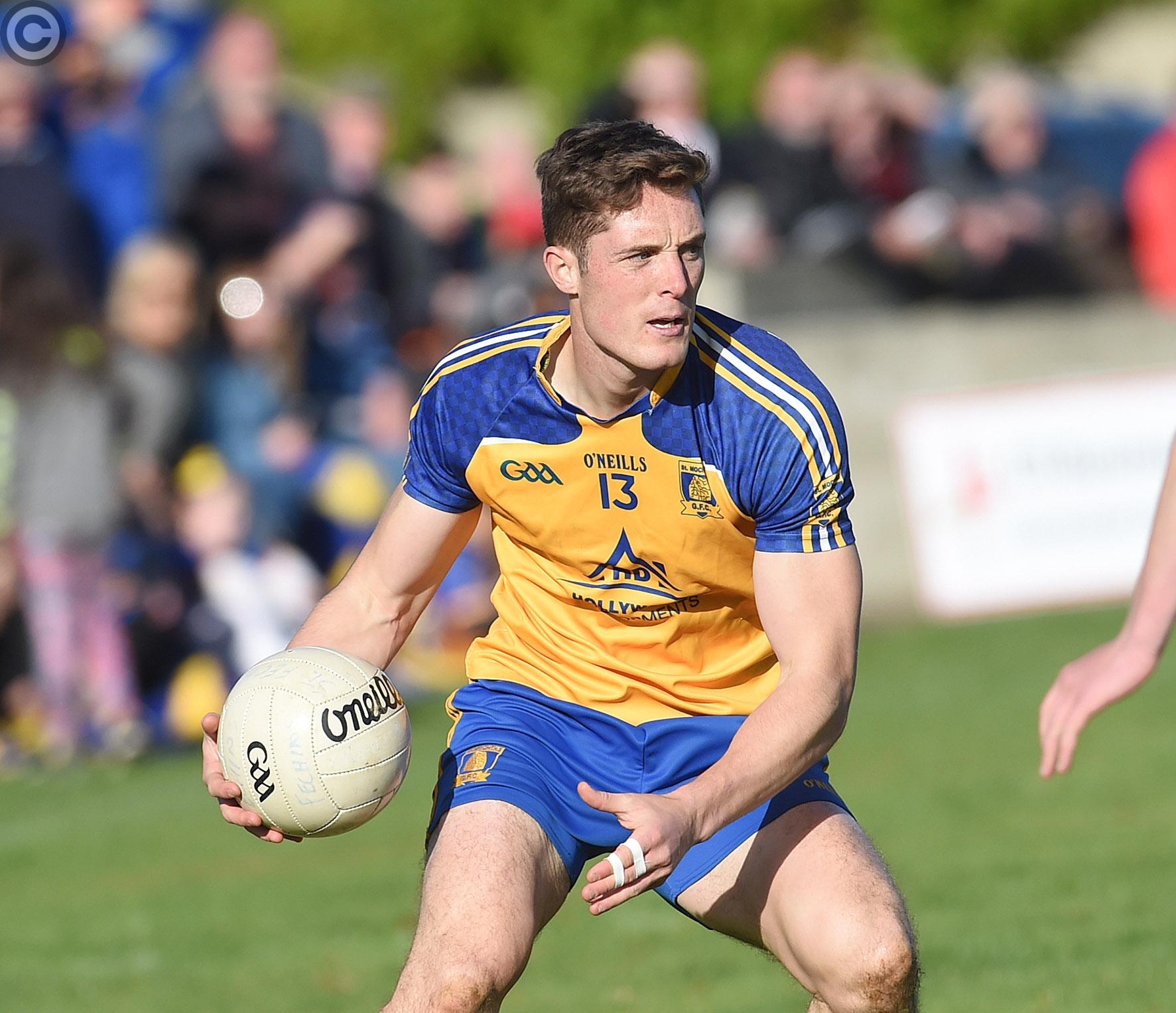 Having played in this year’s senior championship, reaching the quarter-finals, Mochta’s became fully paid-up members of the big boys’ club by beating Dundalk Gaels in a play-off last Sunday week. Ciarán Byrne, who answers to ‘Casey’, was at full-forward, his brother, county player Declan, around the middle of the field. The pair, sons of the already-mentioned Brendan, had claimed 17 points between them the previous weekend; this time had to be satisfied with a meagre nine.

But don’t for a minute think this team is a two-trick pony. There were good players all over the place, all of them moving, mostly forward, with speed and purpose and tackling like tigers. What had been done on the training ground was carried out with perfection, and it all happened without Andrew English and Stephen McCooey being involved. 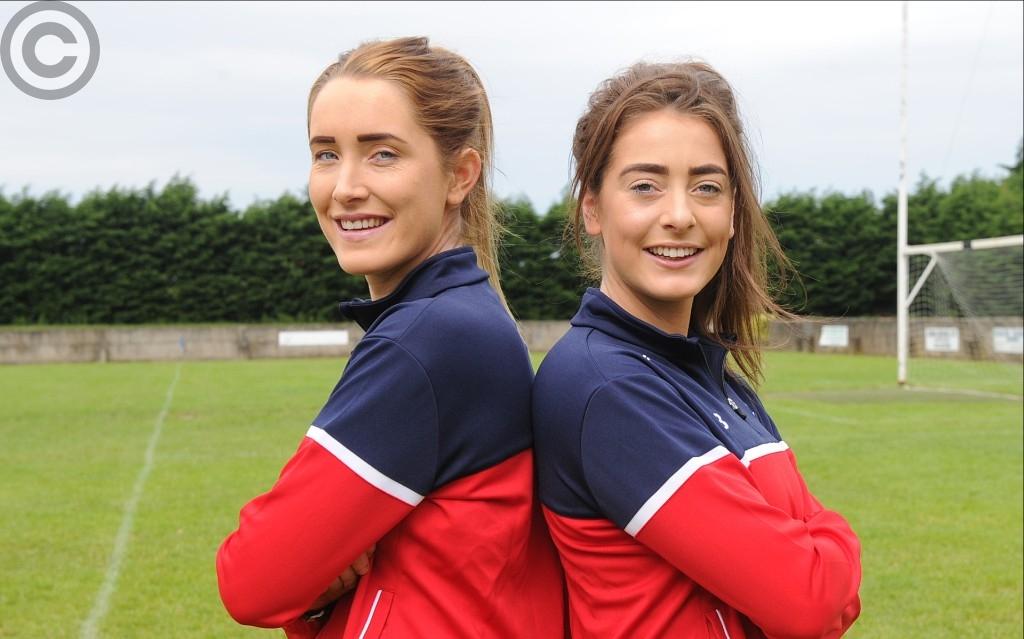 A word on ‘Casey’. He was more than just promising when he wore the county colours before heading off for a successful but injury-hit five-year stint in Aussie Rules. His one season in senior, in 2013, had him coming on as a sub in the league tie with Galway for his debut. He had a few more outings in the points competition, two of them on the first XV, before getting his first taste of championship football in an All-Ireland qualifier against Antrim at Drogheda. He scored 1-2 that day in a 1-17 to 1-11 home win.

Next up were Kildare at Newbridge, and though big outsiders, Louth stayed in the game until well inside the second half, but in the end were seven points in arrears. We wondered could it have been different had a  deft flick from the St. Mochta’s clubman got in instead of shaving the post at a stage when Louth were on top. He finished his side’s top scorer with five points.

To this observer, at least, Casey looked a slip of a lad that day in St. Conleth’s Park; last Sunday week he was bulked up, the result no doubt of a strenuous AR training campaign. He looked the complete athlete, was fast off the mark, not easily dispossessed and knew exactly where the goals were.

We all like to play selector in our minds, knowing, of course, that our choices will never come up for scrutiny. Right now, as I Iook to Louth’s 2020 campaign, I have a forward-line that includes ‘Casey’, Sam Mulroy and the Newtown Blues pair, Ciarán Downey and Ross Nally. There’s Bevan Duffy, Declan Byrne and Andy McDonnell to provide experience, and... we’ll leave at that for the time being.

By the way, ‘Casey’ and Declan don’t have it all their own way in the Byrne household. The distaff side is looking after itself quite well, thank-you-very-much, sisters, Aoife and Eimear, featuring for Louth ladies in last Sunday’s All-Ireland final.