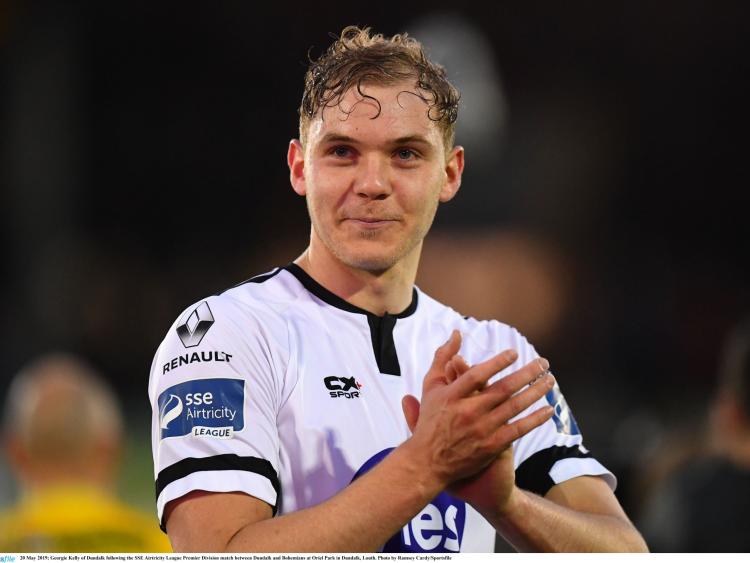 Georgie Kelly is in red-hot form for Dundalk FC at the moment. (Pic: Sportsfile)

From little Tooban in The Forgotten County, Kelly’s cameo appearances will certainly be remembered when this season comes to a close.

The 22-year-old has been unlucky to have found himself behind the club’s record goalscorer in Patrick Hoban, but when given the opportunity, he has delivered time and time again.

His 117th-minute header eliminated Derry City from the FAI Cup last month and Friday night’s match-winning moment against Cork City effectively sealed another league crown for Dundalk, who are now ten points clear at the top of the table with just six games remaining.

The reigning champions had been frustrated for 77 minutes by their old foes, who displayed their own version of a blanket defence at Oriel Park. Kelly was called upon and, within seconds, he did the damage to open up a double-digit advantage over Shamrock Rovers. 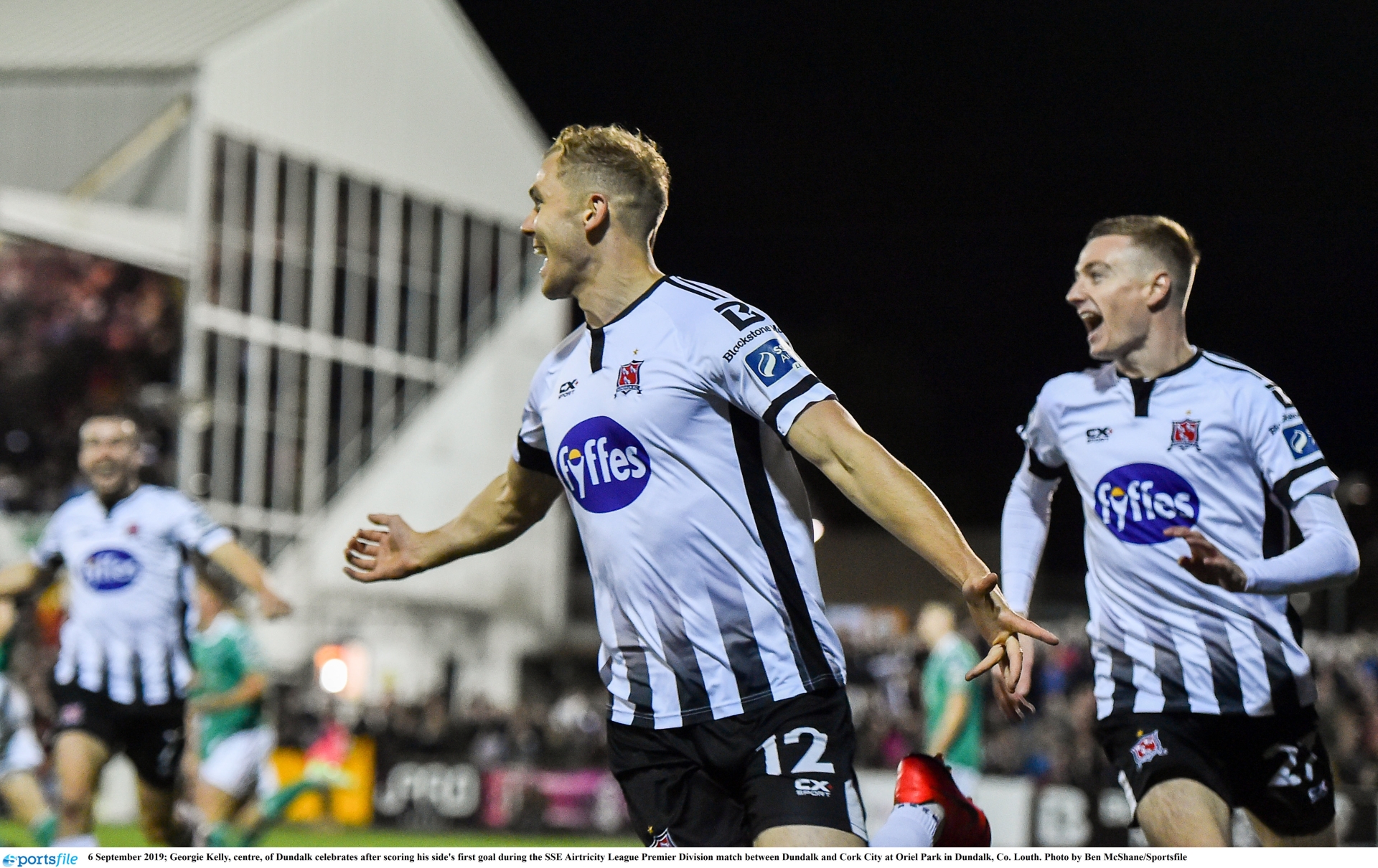 As his team-mate, midfielder Jordan Flores tweeted afterwards, “Big man scores when he wants”, and speaking at full-time, Gill lavished praise on the young forward.

“Cork came up with a game-plan and they stuck to it rigidly. They were very disciplined and very hard to break down – you have got to give them great credit,” Gill said, reflecting on the game.

“We had a couple of chances in the first half that maybe we could have finished, but we showed great patience. It has been a hectic schedule. That’s eight games in 24 days.

“I thought the substitutions that we made were really positive, off the bench. We changed our shape a little bit, we went 4-4-2, we stuck young Kelly on and Georgie does what Georgie does.

“I know people probably think he should be in the side, but Hoban does a huge amount of work for us outside the box and deserves huge credit as well. Georgie comes on and puts the cream on the top. He has been magnificent. He’s a great kid. His goalscoring to games ratio is unbelievable.

“But it’s a squad game and you’ve seen it all year. We’ve tinkered, we’ve rotated, we’ve rested, we’ve made changes when we needed to make them, and that’s down to the fact that we’ve got a great squad.”

It has been a constant debate whether Kelly should be preferred to Hoban on a more regular basis, but his late goals recently strike similar to one Ole Gunnar Solskjaer at Manchester United all those years ago. Nobody wants to be a super-sub, though.

“He’s done the same when he’s started,” Gill noted on Georgie. “He’s just unlucky that he’s got the fella who is the club’s all-time leading goalscorer in front of him – a guy that scored 29 goals last year, a guy that has 20-odd goals this year in all competitions.

“We’re blessed to have two very good centre forwards. Georgie is just a great guy and so is Hoban – the whole group are. I can see why this group have been so successful over the last 5-6 years, because their dedication and professionalism – with the amount of games and schedules that are thrown at them – is unbelievable.”

While Hoban’s future at Dundalk has yet to be secured, Kelly is already tied down, and Gill does not fear losing the goal-getter who, it was suggested, may grow frustrated at limited game-time.

“He’s under contract and he’s got a contract next year as well,” John explained. “That will be down to the club and the management team here to decide that.

“Georgie has a huge part to play in this club going forward. If you ask Georgie now would he rather be somewhere else maybe getting game-time or would he rather be with a club that’s challenging for three trophies domestically, I think he’d rather be here.