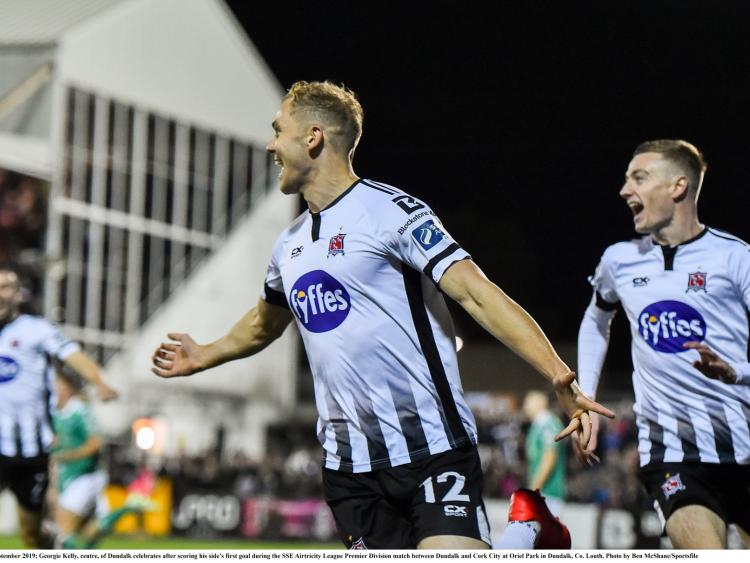 Georgie Kelly came off the bench to head Dundalk FC 10 points clear at the top of the SSE Airtricity League Premier Division as they finally found a way to beat a stubborn Cork City, edging past their old foes 1-0 at Oriel Park on Friday night.

Dundalk created few clear-cut opportunities, with a Seán Gannon cross almost bouncing over Tadhg Ryan in the first half, while the ‘keeper did well to deny Patrick Hoban with a quarter-of-an-hour remaining.

However, it was once again Kelly who was called upon, and within a minute, he snatched the all-important winner as the Donegal man headed in Gannon’s assist from close range. 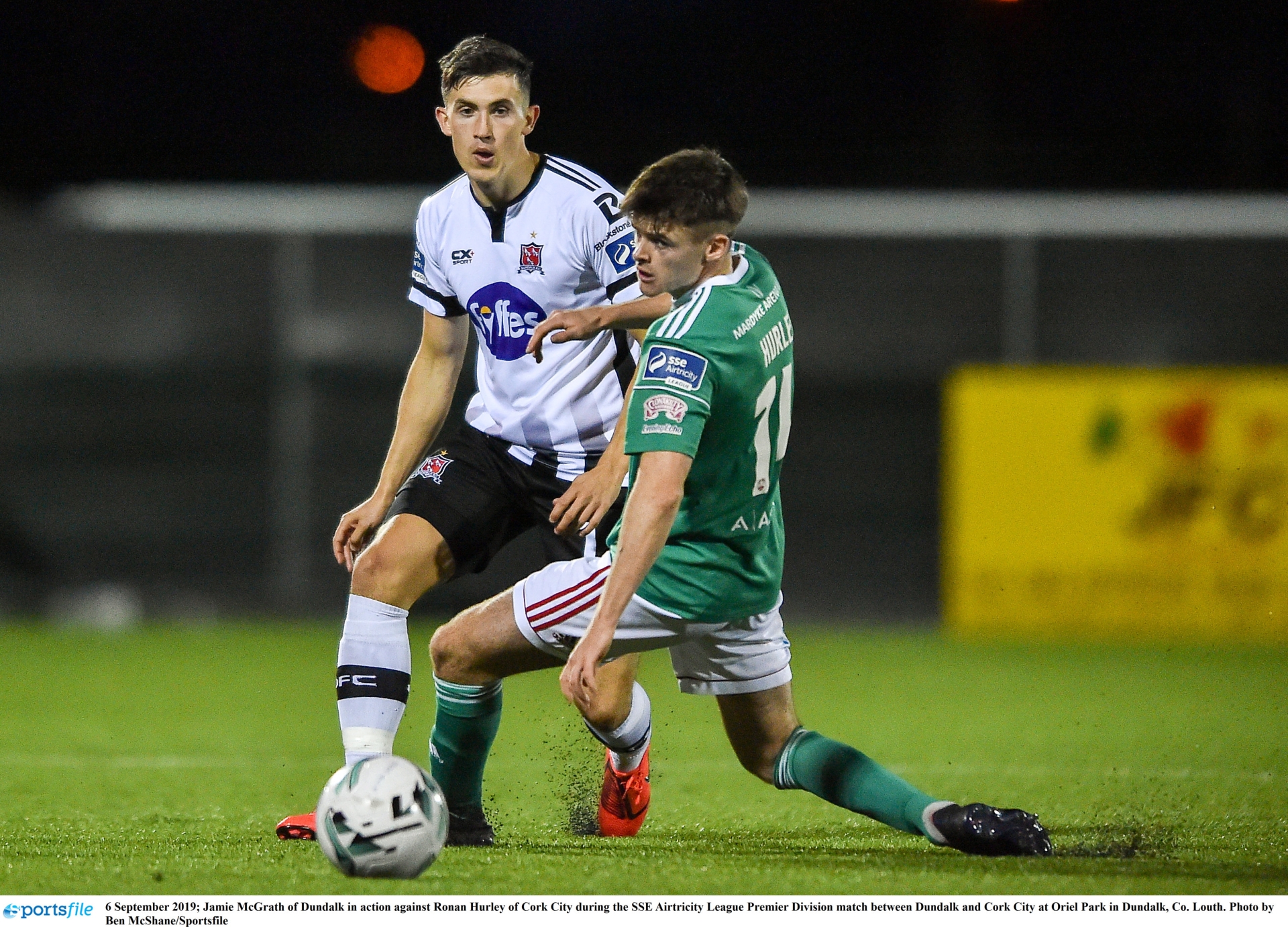 The home side were in control of possession in the first half but they did not create many chances against a fully-manned Cork rearguard.

Gannon and Jamie McGrath almost opened the door in the eighth minute but after the latter picked out Hoban with a pull-back, Dundalk’s record’s scorer fired over the target.

In the 23rd minute, Michael Duffy crossed for Benson but Ryan – who retained his place in goal for Cork ahead of Mark McNulty – gathered.

The young Limerick stopper was almost caught out by the artificial surface on the half-hour mark when Gannon’s cross bounced over him, but with no Dundalk player close, he was able to collect the ball.

Cork grew into the game as the half wore on, but Mark O’Sullivan, while being a nuisance to the Dundalk defence, did little to seriously trouble them.

After the restart, Colm Horgan was booked for taking McGrath out on the edge of the box but Patrick McEleney’s resulting free-kick, from a very promising position, hit the wall. 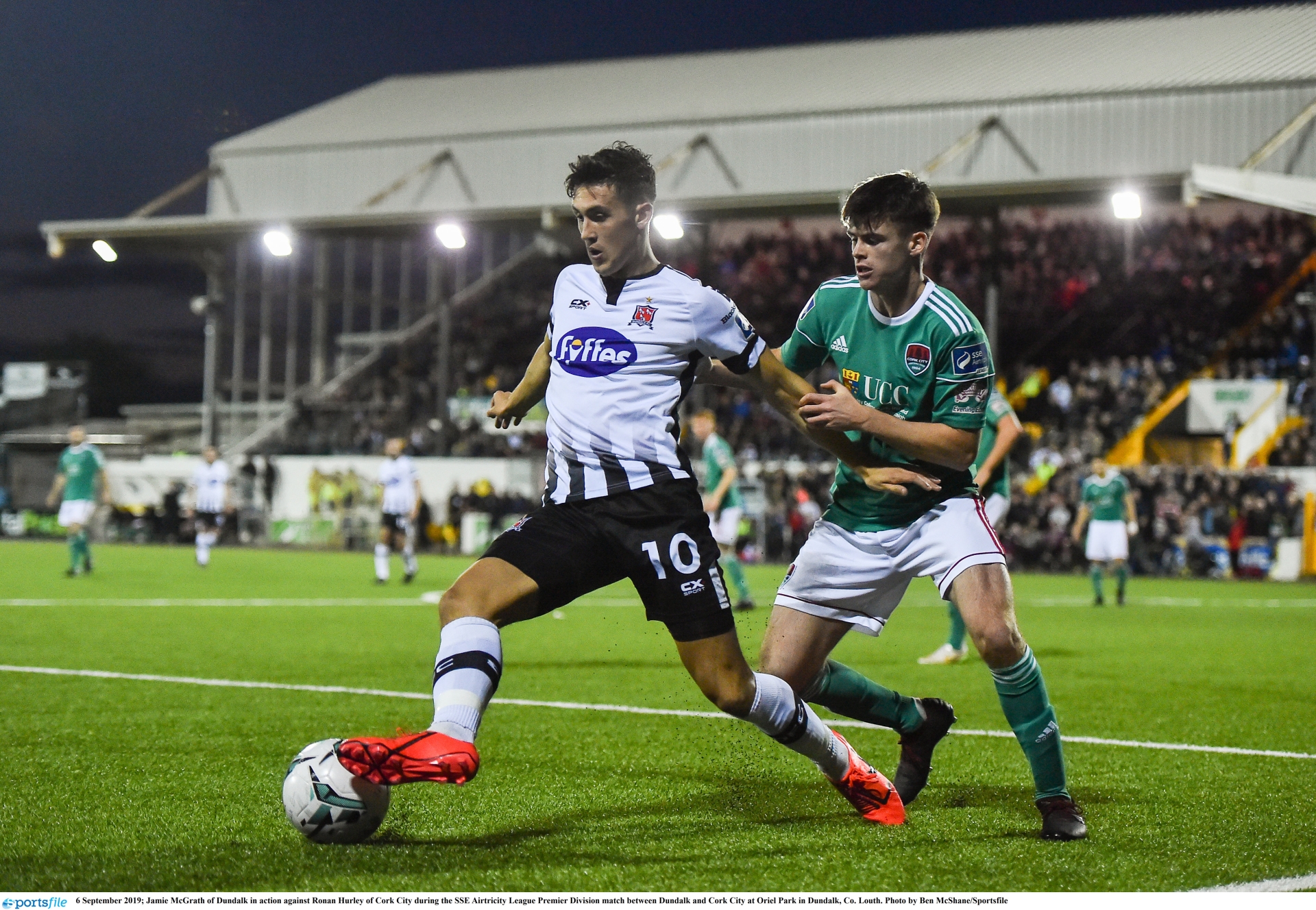 Dundalk were being left frustrated, which led to Jarvis trying an ambitious effort from outside the area which flew over. McEleney was then denied by a save from Ryan, who was relieved to see the ball go behind soon after as the Derryman’s shot took a deflection on the way.

In the 75th minute, Hoban almost snuck one in with a low strike but Ryan was alert in getting across to turn the ball around his near post.

Perth then introduced Kelly and it was the ever-reliable frontman who again popped up with a crucial goal. McEleney lofted a pass into the direction of Gannon who squared it for Kelly to head in from close range.

In injury-time, Daniel Kelly and Duffy both went close to a second but Ryan’s stops mattered little to the result, with Dundalk now needing just three more wins to secure yet another league crown. 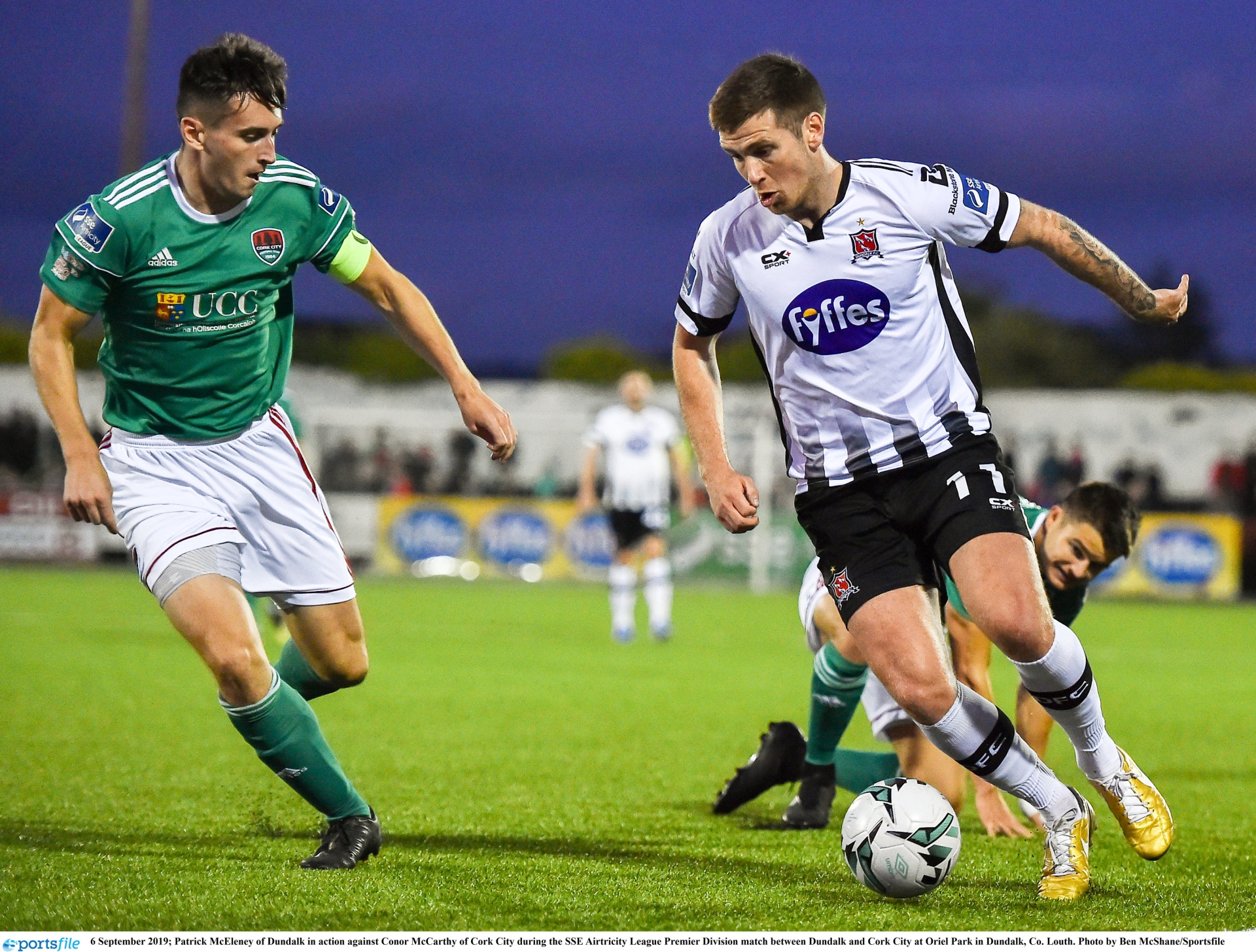