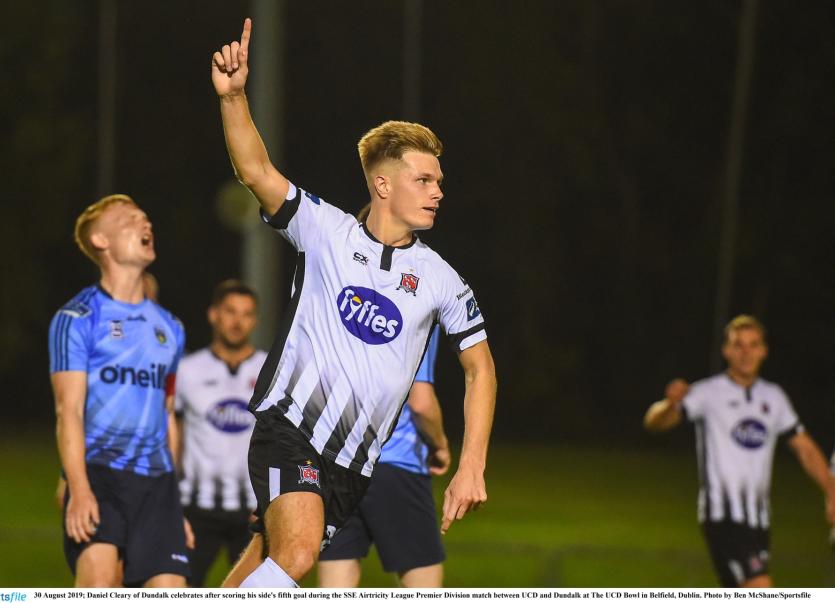 Cleary has been battling in the most competitive position in the squad and he is currently Dundalk’s most in-form centre-half, with the recent emergence of his attacking threat catching the eye.

The 23-year-old impressed in a couple of his European appearances, but since exiting that stage, he has returned to domestic duties with a bang.

His performance at Derry City was the key to Dundalk making it through to the Extra.ie FAI Cup quarter-finals with a goal and two assists, and he added to that tally at The UCD Bowl on Friday night as the defending champions ran out 5-0 winners.

Gill paid tribute to the quality of central defenders that the management team have at their disposal this season, with the June addition of Andy Boyle further bolstering their backline. 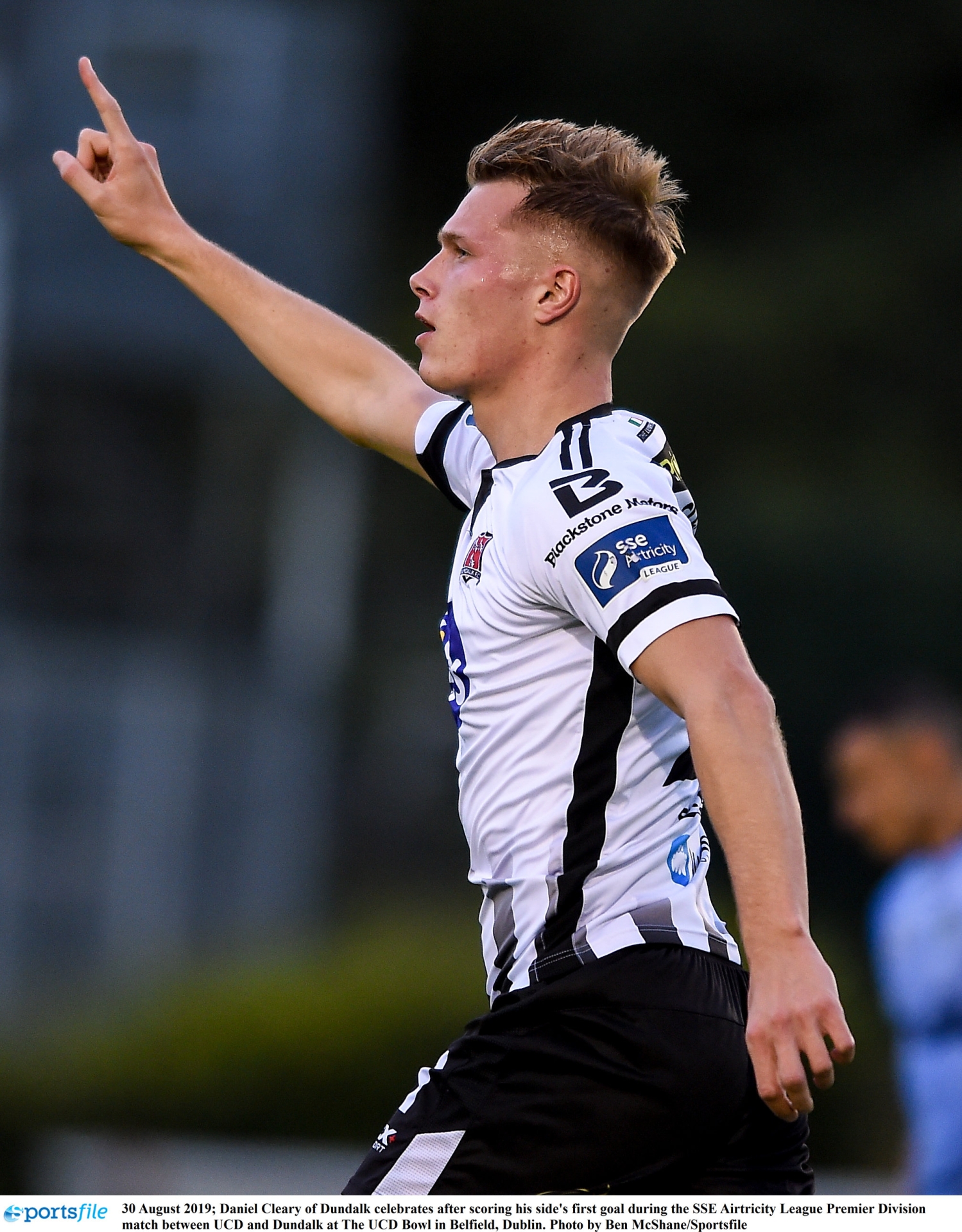 “Daniel is a class operator,” Gill said on the quiet-spoken former Liverpool youngster, who has displayed a fabulous passing range. “We have four absolutely outstanding centre-backs and it has been hard for them because nobody likes getting rotated.

“But I think they’ve bought into it now and they can understand it. We can play any one of a number of permutations, and any permutation that we’ve played has really stood us up well.

“Our centre-backs are the cornerstone of what we try to do as well. Daniel has had an outstanding season, as have Seán Hoare, Brian Gartland and Andy Boyle since he’s come in.”

Dundalk continue to make a number of changes to their lineup in every game but the players have seamlessly integrated each time, which in itself deserves special praise.

“It’s not easy,” Gill agreed. “I was a player; we’ve all played football. It’s not personal, it’s actually trying to look after their welfare and protect them.

“By the time we play the League Cup final, we’ll have played 12 games in 38 days. If you ask the same 11 players to go out and play that, you pick up injuries.

“We picked up another niggle last week, John Mountney, and that’s down to the amount of games we have. But when you have that amount of games, that means you’re doing well, so we would rather have that.”

UCD had won their first home match under new boss Maciej Tarnogrodzki, when dumping St. Patrick’s Athletic out of the FAI Cup, and Gill admitted that that result made Dundalk wary.

“You’re always nervous at this stage of the season when you can see the finishing line in sight,” Gill said. “But this group of players have been here before, they’re serial winners and they’re used to winning.

“There is no panic. I know it’s a cliché and certain people in Dundalk accuse me of speaking in clichés – one in particular – but I don’t speak in clichés, I speak in facts. The facts are we take one game at a time. That’s the way we’ve done it all season and it has served us well.”