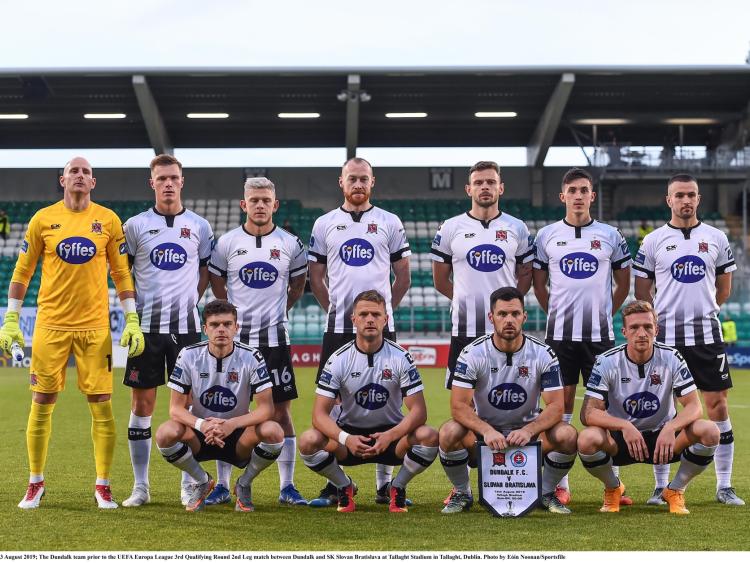 Dundalk FC are back in league action tonight, where they face Finn Harps at Oriel Park. (Pic: Sportsfile)

A league game at home to one of the league's strugglers could well be the perfect way for Dundalk FC to avoid a European hangover.

The Lilywhites host Finn Harps at Oriel Park tonight just three days after bowing out of the Europa League with the aim of stretching their unbeaten Premier Division record to 17 consecutive matches.

It is, though, just their second league outing since drawing away to Derry City on July 5, whereas Ollie Horgan's Harps have been going full throttle in their bid to survive an immediate drop back to the First Division.

And they have found some form, too, winning their last three games to move six points clear of UCD at the bottom. Derry and Bohemians have been among their recent victims, which suggests Harps are playing well.

But their record against Dundalk in recent times isn't good. In fact, their early-season draw at Finn Park is the only time they've avoided defeat in the last 10 meetings.

Still, The Lilywhites enter at a subdued ebb following a comprehensive European exit and Vinny Perth would be expected to make changes to the XI which started against Slovan Bratislava at Tallaght Stadium.

First-team coach John Gill says it would be a mistake to doubt Dundalk's players at the same time, however.

“You’ve got to be professional and that’s one thing that this group of players are,” he said.

“They are very professional and very focused.”

Graham Kelly is the match referee, with kick-off at 8pm.

The game is live on eir Sport.