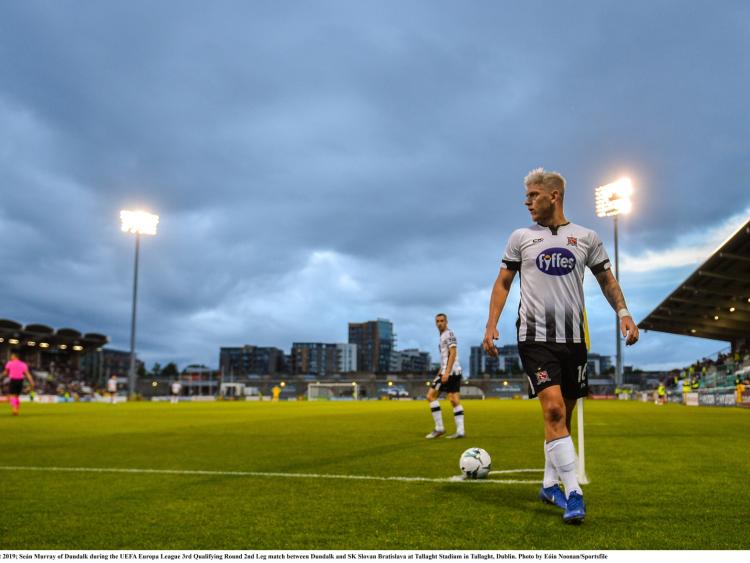 Irish wakes are unique. They’re spoken of long after by those involved, the consensus being either positive or negative. ‘It was nice of him to come’, ‘Her husband left up that boiler’, ‘I didn’t see your man here?’

Inquests and analysis of the inquests follow, perception being determinative to any conclusion. Do you be thankful for those who bothered to pay their respects, or simply curse the ‘others’? ‘We could feed an army with the sandwiches that are left over…’

In a more relevant context, what side of the argument would you take when assessing Dundalk FC’s European effort? Does the €1.2 million windfall satisfy the barometer set? Is that success?

What side of the coin of luck has been most prevalent? Robbie Benson’s injury and the Dean Jarvis uncertainty could hardly have helped, really? 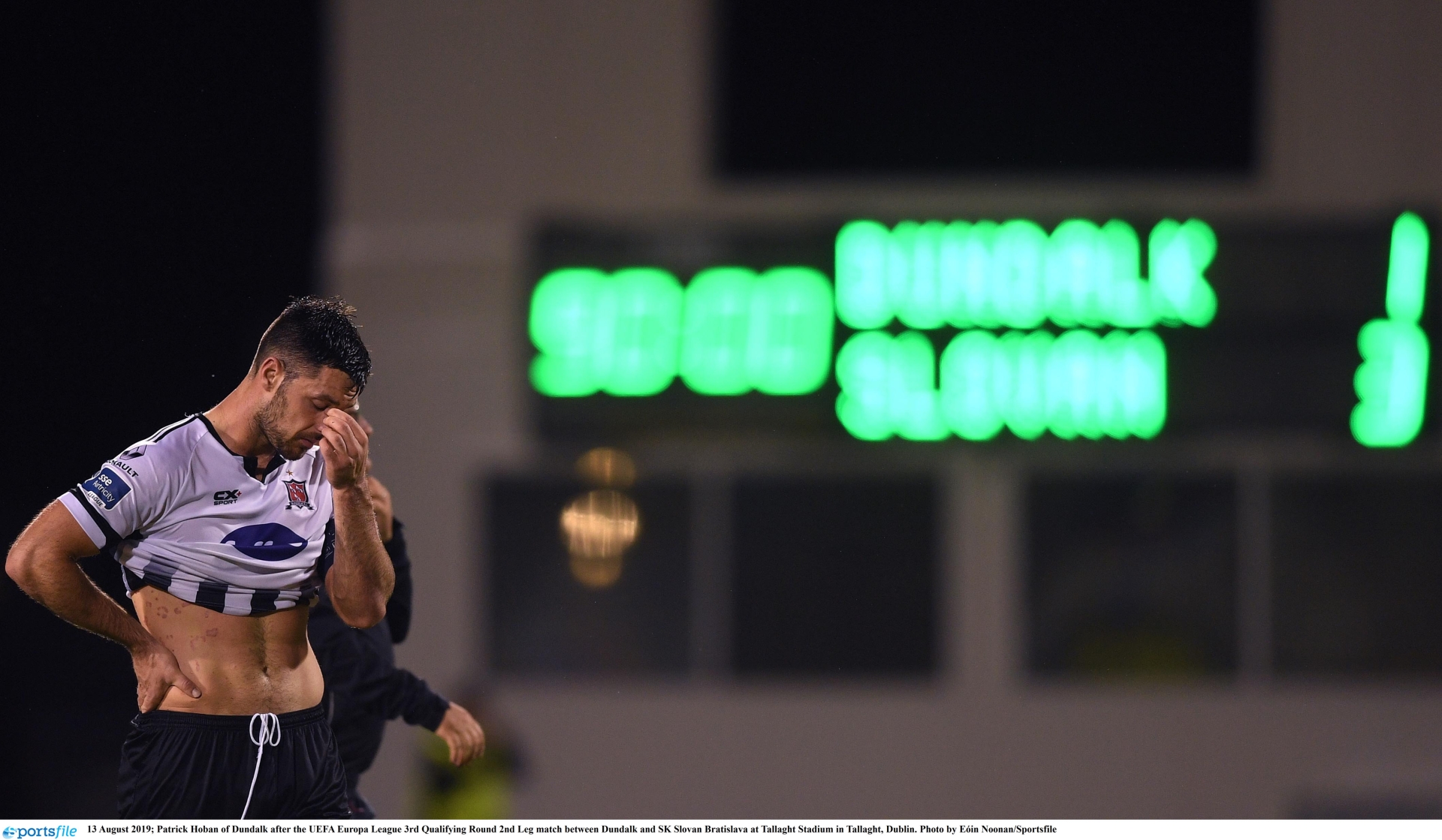 Vinny Perth carried himself well throughout the venture, winning a round in the Champions League, which is, of course, no mean feat. Yet many have criticised every detail from his team selection to substitutions to tactical approach.

Dundalk didn’t win a game of the six; poor or fair? Only two goals were scored, while eight were conceded; what does that represent? Was Gary Rogers their most consistent performer? Again, give meaning to that.

Has your opinion on the campaign changed now? (I ask as someone who feels the negative reaction has been wildly overstated.)

Speaking on Sky Sports last Wednesday morning, former Celtic forward Andy Walker rather despondently suggested that the Glasgow giants’ natural place may now be in the Europa League, following their surprise demotion from the Champions’ grade the night before. Given the financial and staffing gulf between the Hoops and Europe’s elite, the comment would seem accurate. Reality checks aren’t pleasant for the most part.

For Celtic, this era ultimately won’t be remembered for their failures in the Champions League qualifiers. It’s not as if they would have won the competition anyway. Diss the Scottish Premiership all you want, but creating a legacy by winning 10 titles on the trot will distinguish Neil Lennon above beating teams like Cluj of Romania. 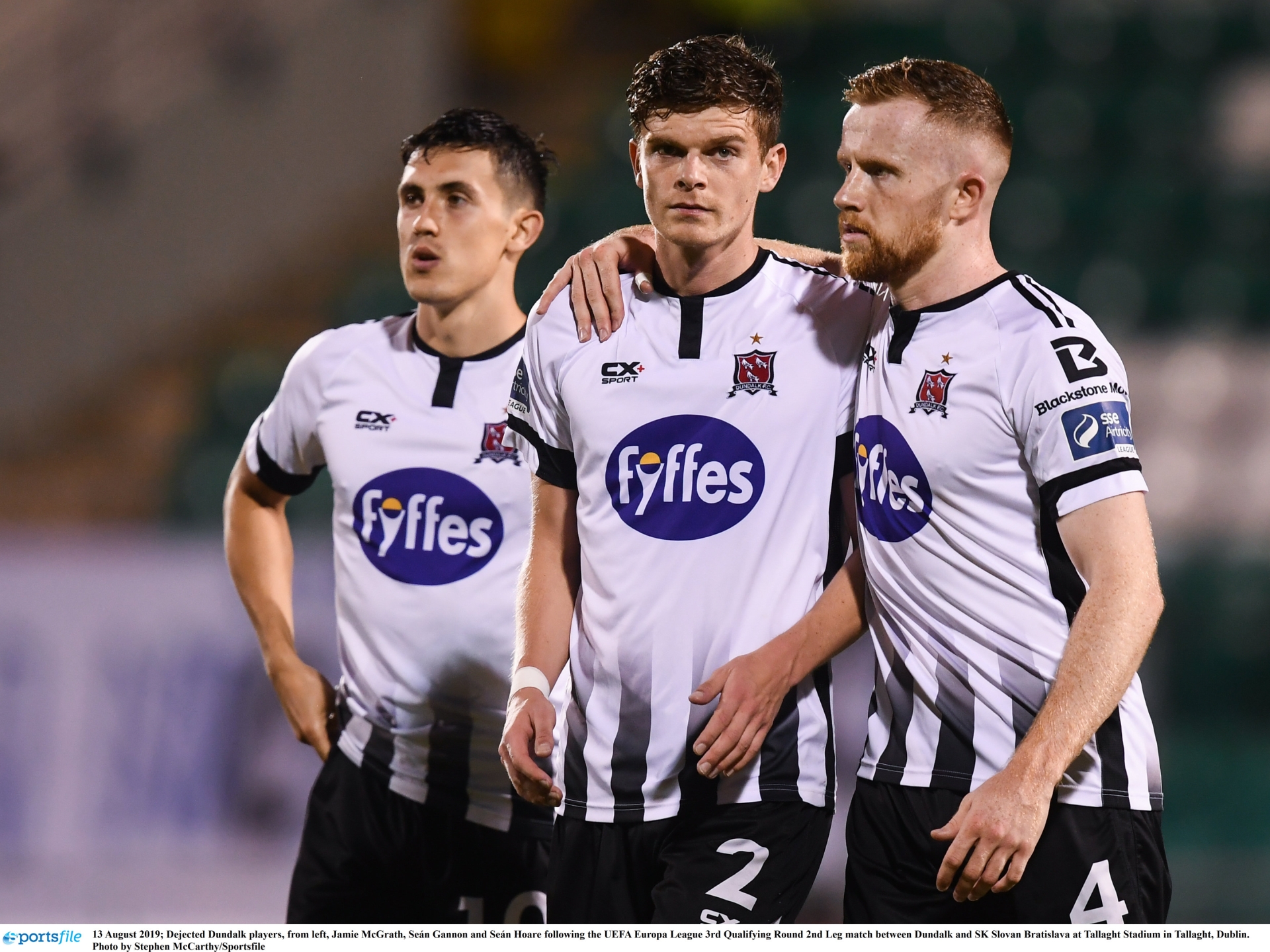 Or, again, is that one’s skewed perception? Take that debate down to a local level. Stephen Kenny, what’ll he be most fondly remembered for? Winning four titles, including three-in-a-row, and two doubles, or qualifying for the Europa League? Personally, having been there on the days and nights of all his trophy wins and some of the greatest continental victories, Kenny’s bequest, like Jim McLaughlin, will forever be related to his domestic dominance.

Putting it in a different context, given the link of members of Dundalk FC’s hierarchy to Sean O’Mahony’s GAA club, the Point Road men won the Louth SFC in 2016 for the first and only time, before progressing to the semi-finals of ‘The Dream Factory’, the Leinster Championship. What are they, and will they be, remembered for? Winning Louth or excelling in Leinster? Silverware speaks louder.

Again, though, it’s all very much down to the shape of the lens one uses. At the start of the season, considering the drawn-out circumstances around the appointments of Perth and John Gill, would three ties in Europe have been viewed as progress? After the Riga games, did that view change? If so, why? What did Dundalk show in that round to suggest phase three of the Europa League qualifiers wasn’t the optimum advancement? 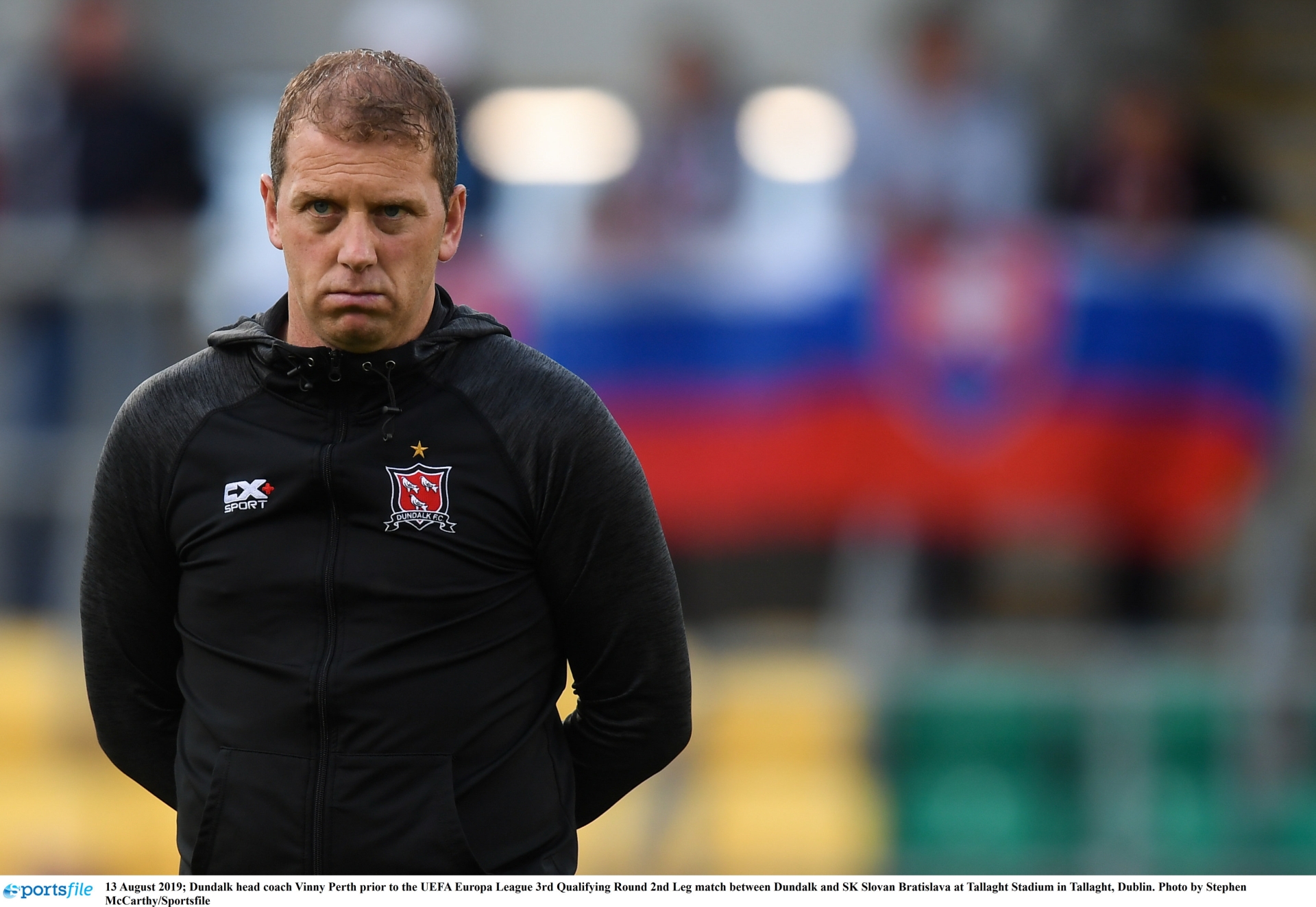 “Europe has got a lot harder than it was,” said Perth, following the Slovan loss. With an extra qualifying round now in the way, there can be no doubting that, so why is there disappointment bordering on anger? The competition is like throwing stress balls at bowling pins expecting a strike for an Irish club, especially Dundalk who are incomparable to many of their opponents ground-, turnover- and stability-wise.

The problem is, though, that people will always compare present and future participations to 2016, which is crazy given its flukiness. These qualifiers are marathons unconducive to teams progressing four rounds, so why stew on it and allow it to possibly hinder another double tilt or simply a league title defence? Dundalk can’t afford a hangover with Shamrock Rovers on the prowl.

Have events of the past couple of weeks altered the opinion of followers towards Perth? Towards the job he’s doing? Towards the season to date? If it has, catch a grip. Winning the league is paramount above all else and The Lilywhites remain on course to do that. Doing so alongside playing three European fixtures would be some effort, would it not?

Before answering, it might be worth googling ‘perception’, or should that be ‘expectation’...