INSIDE TRACK | It’s not a mission impossible. BATE memories are still fresh 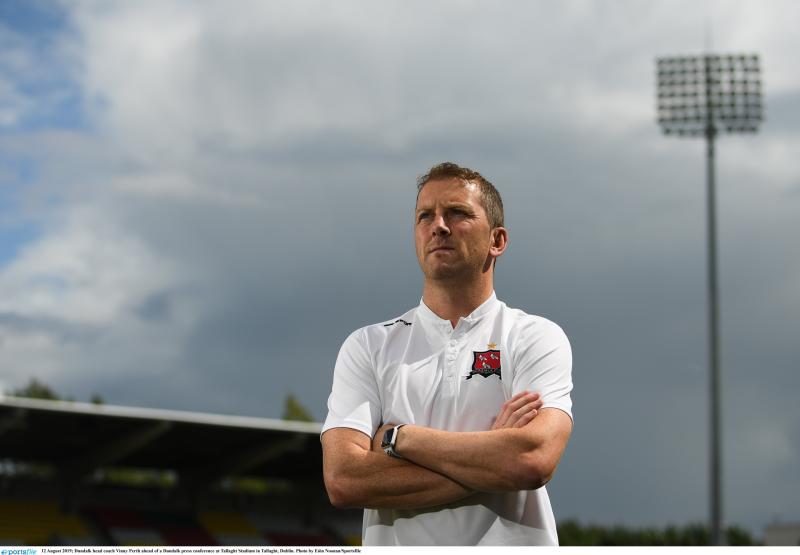 Not being an Oriel Park regular – or even an irregular – I’m not qualified to comment on Dundalk’s performances, whether one is better or worse than the last day, or if this season’s form, overall, is an improvement on 2018. (Results would suggest there’s been no dip at domestic level. If there has been, the rest must have followed last season’s second-best, Cork City, into freefall.)

Television provides me with ‘live’ viewing, and there’s been quite a lot of that in recent times, and it’s continuing. Vinny Perth’s side have been regularly on the box, playing against teams with strange-sounding names, and but for one game in Azerbaijan so far, it’s been all good. It’s continental stuff, first of all the Champions League and after that the Europa League.

Dundalk were asked a serious question by Qarabag in the premier competition a fortnight ago, and hadn’t got the answer. No surprise, nor shame, in that; the team based in Baku have form and are rich in international talent.

Same with Slovan Bratislava, Dundalk’s most recent opponents, this time playing in the Europa League. Last week’s first leg was in Slovenia, and though falling to a 1-0 defeat, the only score coming in a late passage of play, Dundalk turned in - to this couch potato, anyway - their best performance in Europe this year.

Those more in the know, Orielites who it’s possible to exchange views with without them questioning your sporting loyalties, go further; they say there hasn’t been anything like it since the 3-0 win over BATE a few years ago, one of them suggesting it might just have been the best of the 40-plus Dundalk games there have been since John Murphy exchanged pennants with the Zurich captain all those years ago.

The beauty of the Dundalk display was in its defending, and it wasn’t always backs-to-the-wall stuff, either. For the most part it was all very controlled, and when the back four needed help, Gary Rogers – who once again showed good goalkeepers don’t necessarily have to be in the first full flush of youth – was there to give a dig out.  John Mountney was more than a hod-carrier as well.

The commentators on telly kept emphasising how valuable an away goal would be to Dundalk. No doubt about that, but even if it had remained scoreless, how much more confident would the black-and-white brigade be heading to Tallaght tonight?

Still, it’s not a mission impossible. BATE memories are still fresh; it was in Dublin 24, after all, where that famous win was constructed.