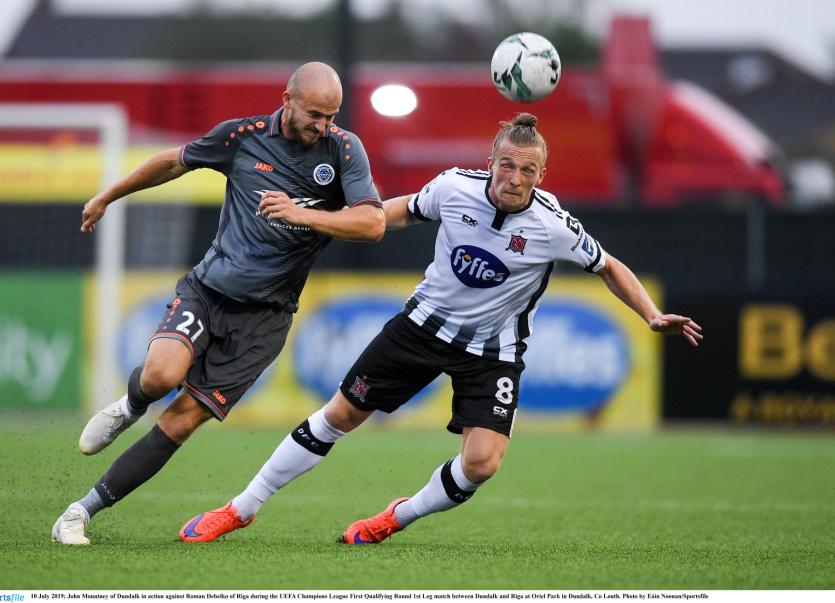 Dundalk FC may cash in where Riga refused to gamble when they once again look to maximise the value of an away goal in the Champions League.

The rule has long been debated and UEFA have recently explored the idea of scrapping it. However, Dundalk will be eternally grateful for it shaped their European odyssey three years ago, and it could come into play in Latvia on Wednesday night.

FH, in 2016, and Rosenborg, 12 months later, left Oriel Park with 1-1 draws, believing that half their job was done in those knockout ties. Riga will no doubt have departed Ireland with a similar mindset.

Dundalk, though, managed to net in Iceland, twice to progress, and Norway, where they were unluckily edged out in extra-time. Indeed, they have scored in 10 of the 11 countries that they have visited since 2014 – Cyprus last year is the exception.

The Lilywhites may well have lured Riga into a false sense of security after, by their own admission, having an off-night in the first leg. The Latvian champions, too, remain largely an unknown, with a 0-0 draw meaning mission accomplished as far as they are concerned. 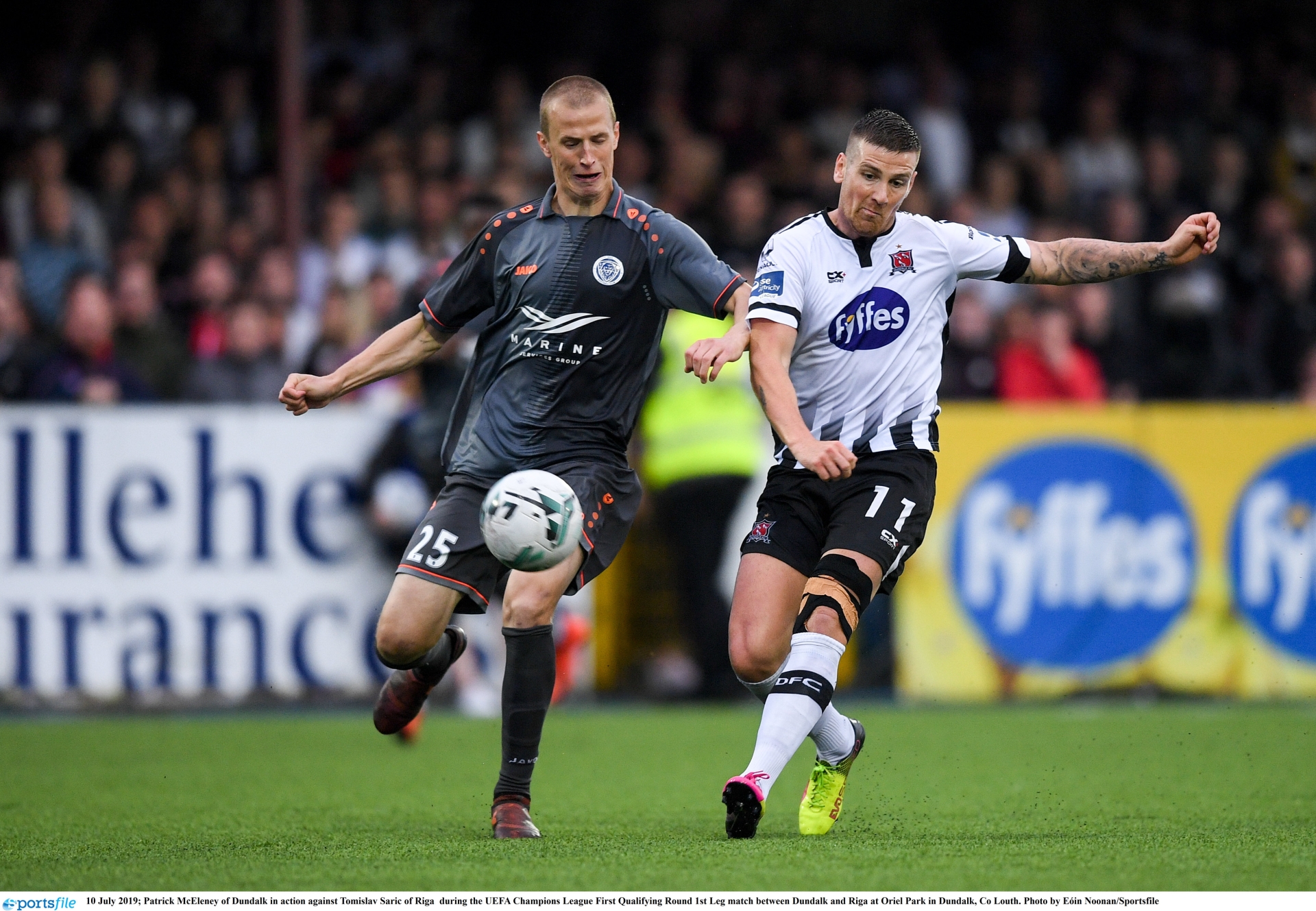 It was a case of expect the unexpected for Vinny Perth’s players, who had studied their opponents at length in the build-up to the tie. Riga, though, may yet regret their negative approach.

“We kind of had a feeling they were going to do that, but in the video analysis during the week, they didn’t play like that at all,” Patrick Hoban, who carried the captain’s armband, remarked.

“We did have a feeling that they were going to come here and sit in. It was very difficult to break down. They doubled up on Michael Duffy, they had two sitting midfielders in front of me, and it was a frustrating night.”

Duffy, himself, admitted his annoyance at being unable to force a breakthrough on home turf, with the Latvians successfully nullifying the winger’s threat.

“We had most of the ball, but in the attacking third we weren’t good enough from wide, from myself,” the 24-year-old said afterwards. “I was just forcing some things, really. I could have taken my time with a few things; it might have opened up space.

“Usually, we’re a bit better than that. We had so much possession. That’s why it’s so frustrating. We didn’t even have that many clear-cut chances – it’s unlike us, really. We’ll need to work on that for the second leg. It was an off-night, from myself and the attacking players.”

Clearly frustrated, but Dundalk are confident that they will score in the tie. They predict that Riga will come out of their shell at the Skonto Stadium, where the Irish champions have suggested they can exploit the wider pitch.

“This team has been down this road before,” first-team coach John Gill says. “We’re not going to panic. It was important that we kept a clean sheet at home.

“One thing is for sure, when we go over there on Wednesday, they’re going to have to come out and play. They sat in and they were dangerous on the counter-attack in the first leg, but they didn’t really offer much at times, I didn’t feel.

“I don’t think a) that we’ll have as poor a night in the last third as we had, and b) they have to come out and play, so we’ll be confident of scoring over there.”

That is a sentiment that is echoed throughout the team, with Hoban adding: “We fancy ourselves to score in any game, and it just makes it probably harder on them if we go and score – they have to score two.

“The way we are defensively, we defend very well, and if we score over there it makes it a tough ordeal for them because they’ll have to come out of their shell a bit. You know what we’re like when a team comes out of their shell – we can catch them on the break with our pace.”

Another key to progression will be Dundalk’s defence. The club have only kept two clean sheets in their 12 away European games over the last five years – at Jeunesse Esch in Luxembourg in 2014 and against Levadia Tallinn in Estonia 12 months ago.

While the Louth side would gladly take a 1-1 result, they will be keen to add to that clean sheet count. It’s by no means necessary, though.

Gary Rogers produced two fines saves to keep Riga out in the first leg – which could yet prove the most important aspect of this tie – and the experienced stopper hopes history repeats itself when Dundalk land in Latvia.

“European football, Champions League football is never easy – I remember the FH game, we drew 1-1 at home and that was considered a poor result at the time,” Rogers recalls.

“We went there, got two goals, drew the game and got through. This is just the start of it; hopefully, we can put in a good performance over there and keep ourselves in the Champions League.”

Dundalk’s supporters, and their ambitious American owners, will certainly hope so.