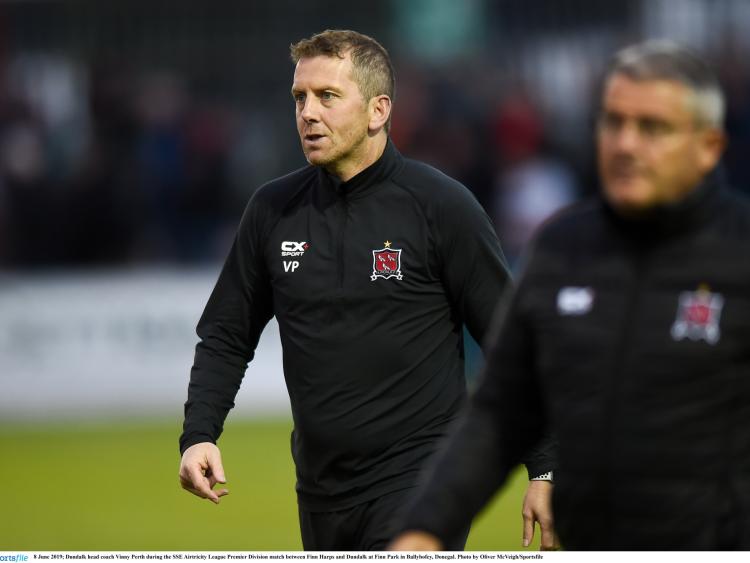 Vinny Perth knows that Dundalk FC’s UEFA Champions League dream hangs “in the balance”, but there is a certain sense of confidence around the camp. (Pic: Sportsfile)

Vinny Perth knows that Dundalk FC’s UEFA Champions League dream hangs “in the balance”, but there is a certain sense of confidence around the camp ahead of their date with destiny in Latvia’s capital on Wednesday (kick-off: 5:30pm Irish time – live on eir Sport).

While there was disappointment in not claiming a first leg lead against Riga at Oriel Park, the stalemate was by the formbook – it was a fifth draw in six games for Dundalk in European competition on the Carrick Road.

It presents the SSE Airtricity League champions with the same scenario as in the Europa League 12 months ago when they headed to Cyprus for the decider having been held scoreless at home by AEK Larnaca.

That trip to the Eastern Mediterranean broke a trend as, for only the second time in 12 attempts in the Stephen Kenny era, Dundalk failed to score on the road in Europe. The only other was at the Borisov Arena in 2016.

Perth – who was Kenny’s right-hand man for all of those ties – will hope to see his players return to type in the Baltic region as he leads The Lilywhites onto the continent for the very first time.

However, the head coach warned: “We’ve always done well in Europe – there is no guarantee that we’ll do it again. We have got to stay positive. We’ve got to believe in the group and we’ve got to have a right go, as we always do.”

Aware of the magnitude of scoring an away goal, he added: “One goal can change the whole complexion of this tie. It’s all there to play for. It’s in the balance. I said before the game I thought the tie would definitely be still alive in the second half and it is. We’re going to have to go to the well to get a result.” 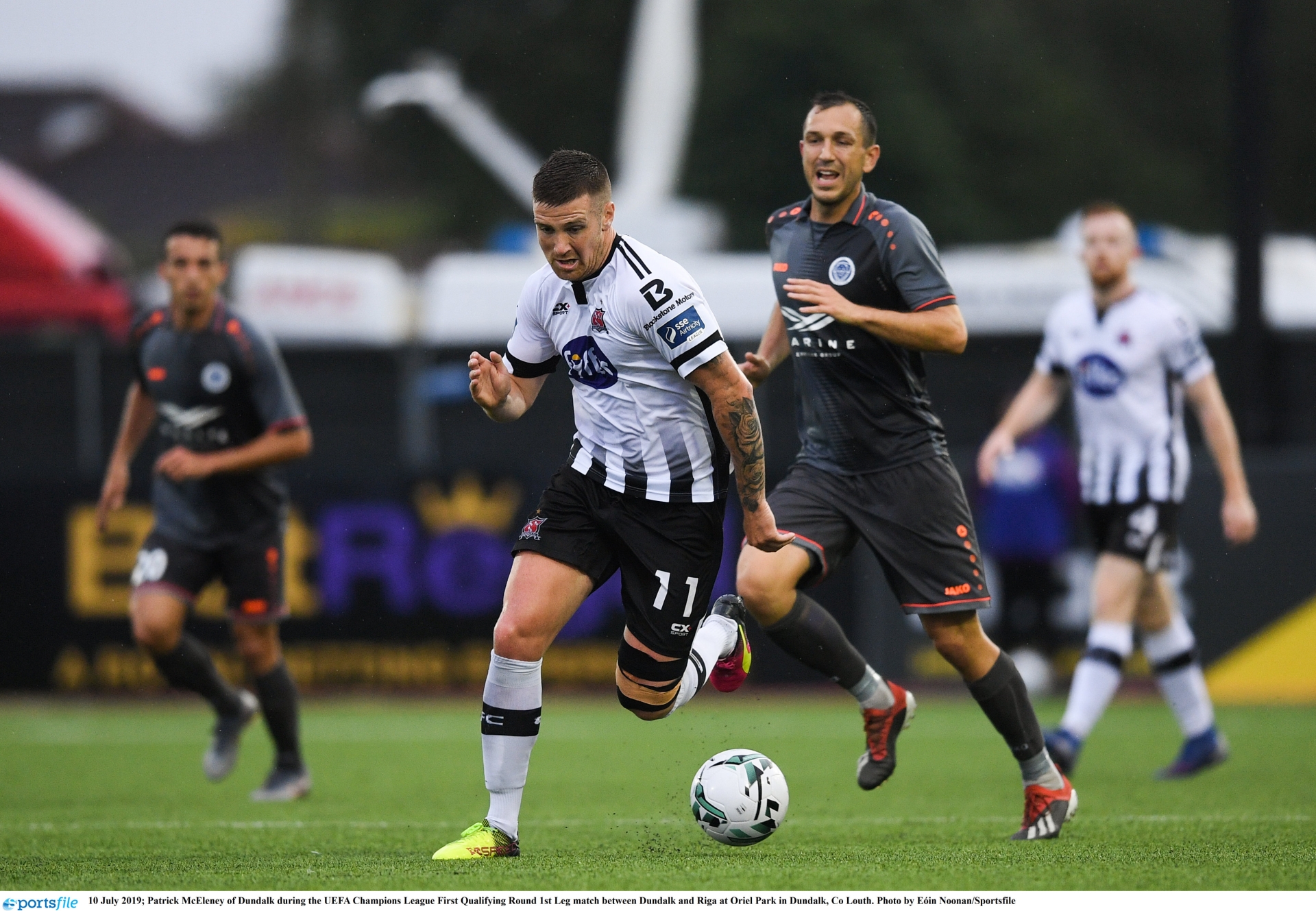 Perth is of the opinion that a bigger pitch and “open spaces” at the Skonto Stadium could benefit his team, who he says are in “a good place” despite being left frustrated by Riga’s rear-guard action in Ireland.

“They have got to come out now and attack,” he said. “Yes, we would have liked a goal at home. We had a lot of the ball, but just the final third, a couple of things just didn’t go our way. We lacked a little bit of quality once or twice.

“The game got a little bit too open in the last 10 minutes or so, but it’s very hard to hold our players back. They just want to go and attack.

“In Europe, not conceding is massive. Bar a couple of errors here and there, I thought defensively we looked very good. The team looks in a good place at the moment and they have got to carry that into Wednesday.

“People can be disappointed with 0-0s. We would have liked to win, but we’re certainly not overly disappointed. I think we’re in a good place.

“It was one of those nights that we’ve had in Oriel Park before, like with FH (Iceland). We’re going to have to go away and score a goal. But I think this team is capable of doing that. As I said, they have got to come out.”

Perth is expected to make changes for the second leg, with both central defender Andy Boyle and midfielder Robbie Benson in line for starting roles after impressing from the bench in the opener.

Should Dundalk progress, they will face the winners of Qarabağ (Azerbaijan) and Partizani (Albania), who drew 0-0 in their first leg in Tirana. That tie is also down for decision on Wednesday, with kick-off in Baku at 6pm Irish time.

The Lilywhites may otherwise become interested in BATE’s trip to Poland to face Piast (Wed, 7pm), as they would face the losers of that match in the Europa League if they are eliminated in Latvia. That tie is finely poised after a 1-1 draw in Belarus.