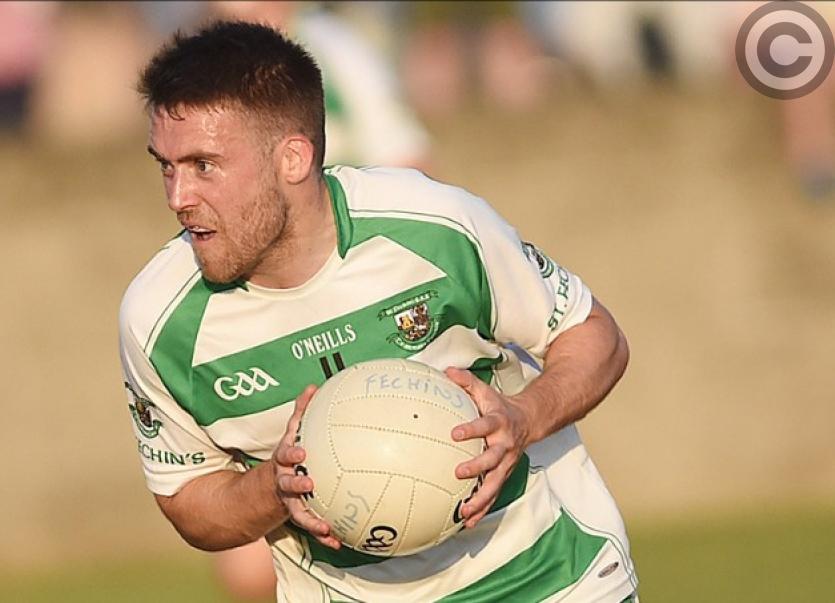 They’re made of stern stuff, St. Fechin’s. Faced with an exasperating challenge, Dundalk Young Irelands, they found a route to victory. Hence the Termonfeckin men’s favouritism for this year’s IFC title.

As they left the pitch, roughly 10 minutes after referee Colm McCullough had called a halt to a tit-for-tat affair, Fechin’s boss Eugene Judge made a point of approaching individual players; embracing some, going through match plays with others.

“Eugene is very good at keeping us level headed,” said Joe Corrigan of his manager at full-time.

“The first thing he said to us was ‘second year syndrome’, so it’s been all about keeping level headed, game after game.”

Of course, Fechin’s went all the way to last year’s final and headed for Stabannon on Saturday night with a petrol-fueled trail in their wake, following nine wins from 10 in the league. Form which has them on the cusp of a return to Division One.

Yet they were meeting the ultimate immovable object, one whose riddle is rarely solved. Junior champions Young Irelands certainly weren’t overawed as an arm-wrestle of epically intense proportions broke out in the sweltering heat.

The match was won with Bevan Duffy’s move further forward in the second half, the Louth captain providing the brute drive which his team lacked during a first period where Irelands looked to have plotted Fechins’ downfall perfectly.

It took the Dundalk side 12 minutes to register, but they soon found their feet and were six points to two ahead approaching half-time, with Jordan O’Donoghue the scorer of 0-3, including a sublime sideline kick.

Fergal Sheekey, Irelands’ ’keeper, was controlling the game, flawlessly distributing and setting his side in motion, but they seemed to abandon a functioning kick-out strategy at around the midway stage and Fechin’s made headway, converting the final three points of the first half.

Just a point behind at the halfway juncture - 0-6 to five - it didn’t take Fechin’s long to push clear into the road-end goals, Duffy, Corrigan and Ronan Holcroft pointing as Irelands’ barren spell extended to well into double digits.

Both sides took issue with the officials in the second half, though their decision-making hardly led to the outcome. Ultimately, having struck late through Jordan O’Donoghue and Mark Savage, cutting the gap to the minimum, Irelands missed a number of scorable frees that would have earned them a draw.

Don’t be surprised if this is October’s final pairing. It will take a good team to prevent it.