INSIDE TRACK | Media's dismissal from Louth County Board meeting 'outrageous', 'an embarrassment' and 'a gross insult' 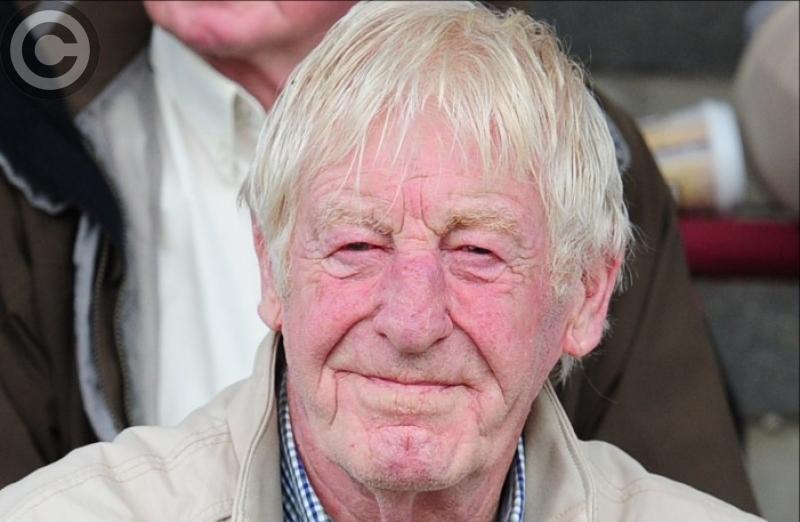 There were two stories in The Irish Times last week which caught my eye. One was on the launch of a new exhibition in the GAA Museum in Croke Park, ‘Tuning In – from Wireless to WiFi.’ In it, the paper’s GAA correspondent, Seán Moran, recalls an interview renowned RTÉ broadcaster, Seán Óg O Ceallachain, gave to Radio Kerry’s equally well known commentator, Weeshie Fogarty.

Whereas the legendary Micheal O’Hehir would never in any of his radio commentaries name players who’d been sent off, O Ceallachain did when presenting his Sunday night sports bulletin. At the beginning this didn’t sit well with the hierarchy, who at the time were part-financiers of Radio Eireann GAA coverage.

Seán O Siochain, assistant to GAA general secretary, Pádraig O Caoimh – and later to succeed the legendary Corkman - contacted O Ceallachain to complain; but the broadcaster was having none of it. He argued that the prohibition was ridiculous given that 50,000 people could be present at the match, and that it was furthermore unfair on the relatives of players who hadn’t been dismissed that they should be under this cloud of ambiguity. O Siochain wasn’t impressed and threatened O Ceallachain with the sack.

In his story, Moran says the matter was never mentioned again.

Two pages on, and still in the sports section, there was another story – this one by Ruaidhri Croke – under the heading: Is Social Media Denying Fans The Real News From Sports Teams? It has a quote box, the trade name given to a sentence or paragraph from the story being given prominence. It reads: “What newspapers see as news is what a sports organisation might see as a problem. What they see as news is things such as content from inside the camp, naming the team and the like.”

I was reading these pieces the morning after members of the media had been ordered out of a Louth County Board meeting. And I asked myself a few questions: Are the people who govern Gaelic football in this county embedded in some kind of time warp? (Seán Moran’s story relates from the 1940s); Do they think they are above critical examination? Do they really believe that all is well in this county, and that anyone who says otherwise is some kind of enemy, or, God forbid, trying to “make a name for himself”, as has been said of a journalist by some of those occupying the corridors of power?

On that last point, if there was someone trying to enhance his or her reputation, they surely would be seeking out more fertile grounds than the fields where Louth football is currently being played, and, above all, where its affairs are being debated.

Your writer has got older, greyer and, if the truth be told, much more difficult to live with, since first mentioning the need for the county to get better organised at underage level. It was prompted by a chat I had with a former county team colleague, ‘Ja’ Clarke, many years ago.

The pair of us were slowly making our way up Navan’s Flower Hill after a Louth Páirc Tailteann drubbing by Dublin, and it would have been understandable had we shuffled along in silence. In any event, I had nothing much to say.

But ‘Ja’ was animated. Something has to be done, he said, “otherwise we’ll go on having days like this”. He was definite about what was needed. “We should get properly organised at underage level and bring in the schools as well. Get someone to oversee a programme which caters for coaching as well as games.”

‘Ja’ knew what was wanted and who he wanted. “Paddy Clarke would be ideal for the job. He has the credentials and a very good record,” he opined.

Both ‘Ja’ and Paddy are now gone, but the need for, as ‘Ja’ called it, a supremo, working with a dedicated and enthusiastic team, is greater than ever. As I and others – including two of those who were shown the Darver door the other night – have been shouting from the rooftops, it has to start at the very bottom, and in concentrating with the underaged, incorporate schools’ football.

What’s also been filling column inch after column inch in recent times is the performance of county teams. The seniors emerged from a disastrous 2018 to go very close to winning promotion from Division Three in the first half of this season. But this achievement lost its shine in a championship campaign that lasted just three matches.

The juniors fared reasonably well, reaching the championship semi-finals, but it’s been nothing but defeat after defeat for the U20s and minors. And if you think it ends at that, look at where the hurlers now find themselves.

The county teams’ performances were down for debate at last week’s meeting, No.7 on the agenda. Not the hottest of topics, since there’s never anything on a carcass to chew over. However, while members of the Press had gone through their work covering the other items, including the contentious appointment of the Operations Manager, they were asked to leave when it came time to discuss the county teams. What in effect the top table was saying: You can only report what we tell you.

The big difference is, of course, Croke Park was paying for coverage back when Seán Óg O Ceallacahin was starting out on his radio career and perhaps felt they should have some control. But while it’s been to their own benefit, satisfying readers, the local papers, in devoting thousands upon thousands of pages to GAA affairs over the years, have never been compensated in monetary terms, nor should they. The same applies to local radio, which has also been well to the fore since coming on stream, perfecting the concept of live commentary of club matches.

A bit of respect, however, wouldn’t be out of place. What happened in Darver was outrageous, an embarrassment to the people taking notes and a gross insult to the organisations they represent. It doesn’t come as a surprise, however. Only recently a local paper was asked to bring to heel one of its writers who had been critical of the County Board. It was good to hear that the caller was told where to go.

There is a suggestion the decision to remove the media was taken by individuals and not the Board’s management committee. Regardless, it provoked quite an outrage among some of the delegates, seven of whom, having spoken out, left the meeting in protest. They would probably agree that this was, more than anything else, a kick in the teeth for democracy. The hope is that their clubs don’t suffer as a consequence. A comment passed on the night, “we know who they are”, is chilling in its implication.