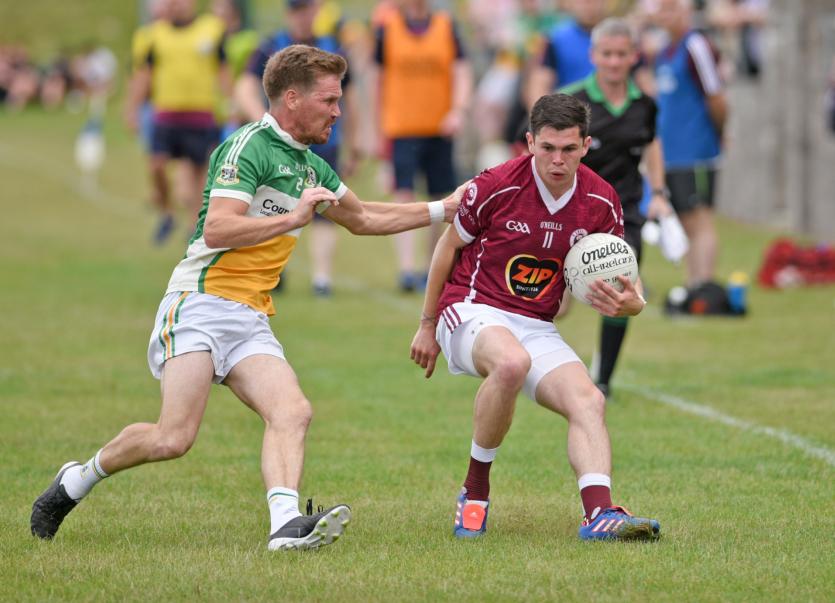 Under the Louth GAA club format proposed below, both St. Joseph's and O'Connell's would be playing Division One football.

No publicity is bad publicity, or so they say.

At last December’s Convention in Darver, County Board chairman Des Halpenny said: “One thing is for sure, you’ll never get bored in Louth GAA, it’s a journalist’s dream.”

Perhaps that should be ‘an advertiser’s dream’, as the county’s GAA scene has been the main topic of conversation among Twitter and Facebook folk recently. Sure everyone from Icelandic milkmen to maize harvesters in South Africa must know that Louth GAA is on its knees at this stage.

Ways to put it right? Well, seeing as miracles are restricted to Lourdes and the UEFA Champions League, there are no quick fixes, but minor steps could make such a major difference.

Firstly, it doesn’t take a degree in rocket science to conclude that there aren’t enough games being played at adult level, never mind at underage, where my own club's minors, Roche Emmets, have had just four league outings all year. A promising team that’s trained on about 10 times as many occasions in a bid to keep the boat afloat.

But, taking one baby step at a time, the adult divisions must be looked at and the question asked: why aren’t leagues double-rounded? A home and away format guaranteeing 22 games per season at a minimum.

That’s the way it is in Down, Dublin, Monaghan, Armagh……

Having a double-rounded format would also make it easier for fixture-composers to compile a calendar which players could build their lives around. Life is for living, after all, and it doesn’t involve relentless visits to Louth GAA’s website to see when, where or if they’re due to be playing.

There's a lot of lads out there who try to plan out their work, holidays, family events with their football commitments in mind. But it's like trying to crack the enigma code in Louth. You think you have a handle on things and then they throw this crap out.

PROPOSAL
I would propose the abolition of the promotion-relegation format from the leagues. The divisions in their current guise - One, Two, 3A and 3B - should be retained, but without the pressures of the present system.

It’s been pointed out to me that it would invite ‘waste of time’ games, but what match is really a waste of time? While winning is the objective, participation is king and I know I never avoided a game no matter the stakes or competition. It’s certainly better than the alternative, four or five training sessions.

And the point of removing relegation and promotion is to make the proposal attractive to clubs, especially those with players in the Louth panel.

Star games are the single most divisive thing in modern day football. April has been set aside specifically for clubs, but this really does nobody any good. The county team suffers - as has been seen in the two years of the club month in Louth - while significant quantities of domestic leagues are run off like a tournament over a concise spell.

What if a team has a key player injured over April? It likely means the club gets sucked into a demotion battle that they’re unable to escape as opposed to either contending at the top or having the consolation of a mid-table berth.

Relegation would be solely through the championship - which adds furthermore to what should be the showpiece games of the year. The GAA ethos prides itself on that one or few day(s) per season when the parish turns out on a Sunday afternoon or whenever to view their club in championship battle. That’s where the real competition lies, so why not up the stakes?

Former Louth player and Dundalk Gaels clubman Derek Crilly made the point that more star matches are needed for the county to prepare for summer battle. It’s a valid expression. As one of the present Wee County panel put it to me prior to the Wexford game, the drop-off in fitness levels over the club-only month is serious and hardly conducive to a longer inter-county campaign.

Very simple solution that I’m sure would be welcomed by majority of club players. A few more star matches (clubs still have county players for 11+ matches) and allow county squad more time to prepare for championship. #louthgaa https://t.co/heKWKoOJ2n

With no threat of relegation hanging over a club, it would have no major bearing on their year if they were without their main men for a spell, while safely in the knowledge that they’ll be in situ for the be all and end all, the club championship.

Each league would, of course, have a top four, who would play-off for the league title - there being a deserved prestige and reward for the divisional winners.

It provides the best of all worlds. Teams of an equal stature, all on an equal footing, subjected to the same conditions, knowing that the championship ultimately holds the key to their year, which should rightly be the case.

Retain the Sheelan Cup and Mullen Shield, but start them earlier. Begin them when Louth are setting out in the National League, in late January, and do away with the shield and plate versions. You’re guaranteed three matches and then into the knockout stages. Start the league at the earliest possible convenience and play through to October-November.

Some clubs’ season will finish in August this year: that’s unacceptable. With at least three Sheelan/Mullen matches, 22 league games and, at a minimum, three championship affairs, we could have a vibrant club scene.

And that’s where the recovery will start. If it doesn’t work, that’s fine, but rest assured, it can’t make the situation any worse.