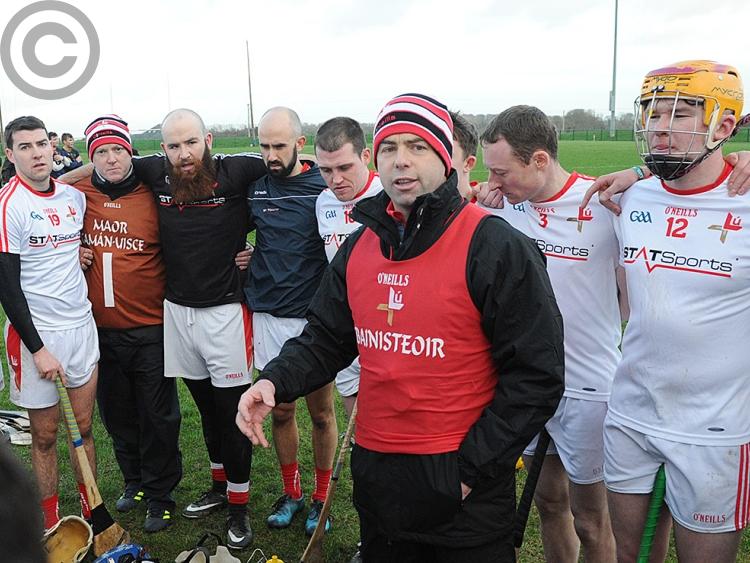 Monaghan’s victory in Saturday’s Nicky Rackard Cup relegation play-off sent Louth down to Lory Meagher for 2020 and means they end the year with eight defeats from nine league and championship affairs.

“There is not much between the eight teams in the competition, but it’s up to the fellas to believe that and it’s coming, but, unfortunately, we’ve run out of games,” he said.

“While it’s disappointing and we’ve had more defeats than victories, I hope the players can see that there is progress being made.

“If you judge a year on wins and losses, it can be very straight-forward and black and white, but if you judge it on progress and the boys who develop themselves, then that’s a bigger picture.

“The standards that the players have set, it’s up to the players to improve them, to take it into our club hurling and advertise what we’re trying to do to other players in other clubs or anyone in the country who’s got Louth parents or connections with Louth. If they want to hurl for Louth for the right reasons, we’ll certainly be interested.

“We’re working with a panel there of a number of very experienced players and other, younger players. It’s about sticking together and trying to add to the squad.

“I don’t know what’s going to happen over the next weeks and months. We’re trying to get an U20s team to develop those younger players and give others a taste of inter-county hurling so that maybe they can join the panel.”

On Saturday’s defeat, he added: “The application, desire and work-rate of the lads, nine people out of 10 would have said Louth were the better team, better organised, but to lose it in those last few minutes is very hard to take. But it’s sport, it’s hurling. You remember the times you were beaten more than the times you win.”