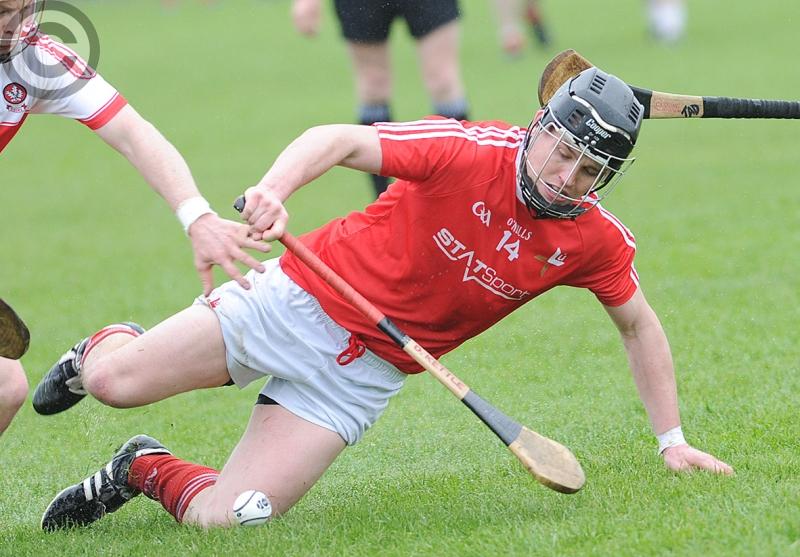 Manager Paul McCormack accurately summed up the sway of lady luck on a disappointing day for Louth hurling in Crossmaglen last Saturday afternoon.

“Their first score and their last score were two high balls into the square which could go anywhere,” he told The Democrat.

It followed the three-point defeat to Monaghan which relegates the Reds to Lory Meagher Cup hurling for 2020, a devastating outcome that they deserved to hold at bay given the nature of their display: one of grit, determination and no shortage of quality.

Stephen Lambe was the scorer of Monaghan’s goals at either end of the game. Both were scrappy and fairly avoidable on Louth’s part, but the second was heart-breaking, a hopeful poc forward being flicked to the net with Donal Connolly given no chance.

Just seconds earlier, Darren Geoghegan had landed a monster from range to draw the affair level - following Martin Murphy’s 63rd minute goal - before turning to the small crowd in attendance and unleashing a roar of raw emotion. Louth gave their all, but, by pure brute and determination, Monaghan clung on and stole it. A real smash and grab effort.

The Farney men’s goose looked well cooked when substitute Paddy Finnegan was dismissed for a second bookable offence just five minutes after coming on, while manager Trevor Hilliard was also directed to the far side of the wire for his remonstrations with referee James Clarke, who tended to allow a lot to go.

Though with Fergal Rafter in clinical form from placed balls and Conor Flynn converting from a myriad of angles, the winners hung in for just long enough to keep Louth on edge.

A young Louth side it was, too, and it bodes well for the future that their main performers are new to the scene. Darren Geoghegan led the charge, pointing three of his 0-13 from play, and had able company from Feidhelm Joyce and Conor Deane.

Indeed, Joyce was an integral performer and had his second half rasper been an inch lower, it would have rattled the net as opposed to stinging the ’bar and bounding out. That would have given Louth a five-point cushion at a crucial stage.

Monaghan led 2-10 to 1-12 at the interval, Rafter shooting the final four points of a half in which Louth were by far the better of the sides, with Geoghegan really on song.

Lambe, in the third minute, and Brian McGuigan got their goals, but David Kettle ensured Louth raised a green flag of their own before the turnaround.

The early period of the second half saw Monaghan on top, though Louth returned serve with interest to lead by three on three occasions.

Deane was really coming to the fore from centre-field, but a Rafter free cut the gap and when Murphy shot past Connolly - who had earlier pulled off a miracle stop - it was left to Geoghegan to draw Louth level.