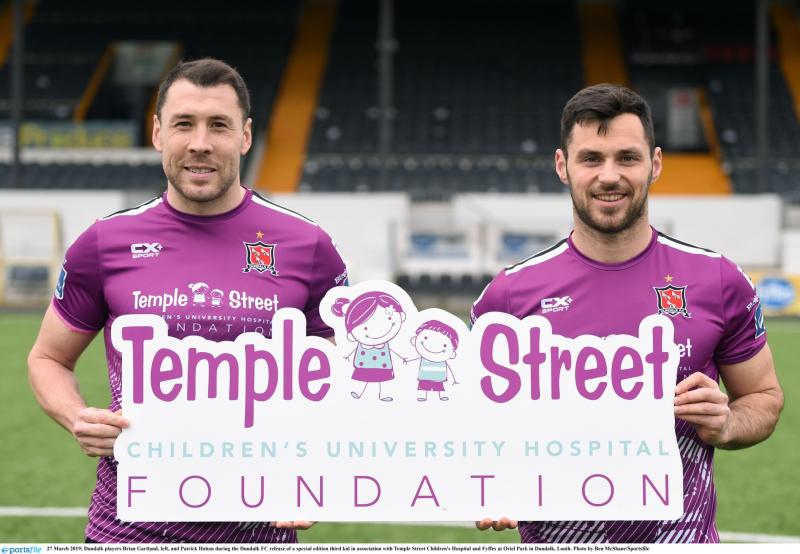 Players and staff of Dundalk FC are to donate a day's wages to Temple Street Children's Hospital.

The club are also holding a bucket collection at tonight's EA SPORTS Cup game against UCD - a game in which they will be wearing their Fyffes/Temple Street purple kit.

"We are delighted to be part of a club which is doing such a charitable donation," team captain Brian Gartland said.

"In doing that, we are hoping that it will encourage everyone, not just Dundalk fans, to do the same. We want everyone to donate what they can. It doesn’t have to be a day's wages' but it is what they can to support this great cause.

"If you can please donate at the bucket collection before the game or online. It is a worthy charity for the whole country.

"There are so many people that avail of the charity in the local community and nationwide. It is something that is close to home with Dundalk and it is something which helps everyone all across the country which is great and needs as much support as we can.”

People can follow the players and staff by donating their days wages using the bucket collection or on the link below if they aren’t able to make it to the game this evening - https://www.templestreet.ie/donate/