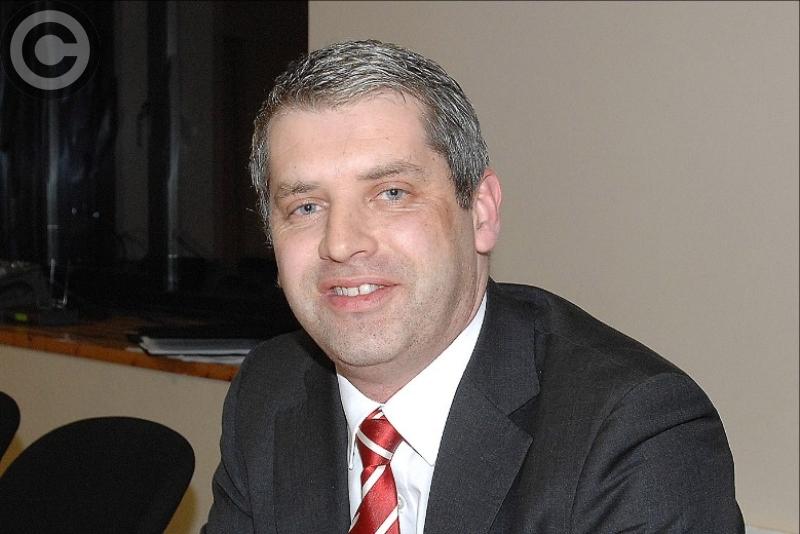 As County Board chairman Des Halpenny watched last Wednesday night’s Leinster MFC clash of Louth and Wicklow, one wonders if he cast his mind back to his eulogy at December’s Convention.

“It is widely acknowledged that we have one of the best Coaching & Games structures within the province and beyond - that’s a fact. We are regularly held up as a market leader and a model of best practice within the province. We did all this ourselves,” he said.

In the three years since the introduction of the U17 championship, Louth have played 11 matches; losing seven, five by 14 points or more. And last week’s 23-point defeat by Wicklow is not even the highest reverse, the 2017, 7-15 to 0-3 hammering by Laois topping the chart.

Since 2010, Louth have reached the Leinster minor semi-finals just twice, getting to the decider in 2017 being a rare positive hiccup that was more a bolt from the blue than based on a functioning player-development strategy.

No disrespect to any of those involved. This year’s minor management were supremely committed and enjoyed a strong relationship with their players, but the outcome of another failed campaign should be subject to a major review of juvenile coaching structures in Louth. Presently, it simply isn’t working and no amount of bar charts or colourful diagrams can deny that the proof is in the pudding. Results are horrendous.

Louth Games Manager Francie McMullen stated in an interview with gaa.ie earlier this year that “the minors doing well over the past number of years is something we are really looking at to see what progress we are making. That is the big shift in terms of results and being competitive at that level”.

How can this be true, though, when, factually, results are as bad at minor level as is on record?

In the 2014 Review of Louth GAA, which St. Kevins’ David Rogers headed, in terms of Coaching & Games, it was recommended: “Louth need to have short, medium and long term plans identified within the new coaching strategy and targets set for each of these plans”.

It’s not known what plans were set in place, a Leinster final berth may have been one, but, ultimately, 10 losses from 19 minor championship games across the six seasons since that review wouldn’t constitute any sort of success, short, medium or long-term.

Thus, surely news of the east Leinster project finance would have been ideal to address this and ensure specified coaching was provided to improve players at the beginners’ end of the inter-county spectrum.

It followed the success of similar investments in Dublin which has produced serial All-Ireland winners at various levels.

The Dubs also managed to use the finance to cater for their players and members on a minute scale, arriving at an agreement with clubs in relation to the payment structures of coaches, whereby a portion of their income would come from the overall body, with another segment falling on either one or a few clubs.

For example, you could have a GDA (coach) being paid for 20 hours per week worth of coaching with teams or players or in an area of the County Board’s choosing, while one or more clubs could split the fee for the GDA’s other 20 hours - where and whom the coach is with during this time is then at the discretion of the particular club(s). This way, coaches are gaining much-needed direction and players are being trained in a pre-arranged, specified and mutually agreed on manner. Resources are also being maximised.

From one’s vague understanding, Kildare and Meath have entered a process such as this, and some Louth natives are involved in Coaching & Games within the Royal County, and the fruits of their labour are evident.

In the last three years, Kildare have won U20 Leinster and All-Ireland crowns, while Meath have claimed two U17 provincial titles - last year’s being their first minor triumph in a decade. Wicklow, meanwhile, tanked Louth to reach the knockout stages of Leinster for the second year in a row, having got to the semi-final 12 months ago, beating Dublin along the way. Given where they’ve come from, progress is evident.

Yet Louth, on the basis of results, are nestled deeply in a slimy pit with little means of moving upwardly.

Coaches have been recruited with Louth’s portion of the east Leinster money, but, regardless of how capable they are, they simply have too much ground to cover. One GDA for Dundalk, one in Drogheda, to cater for six and five clubs respectively and many multiple-times that in schools, both primary and secondary.

And going back to the 2014 report, which stated that club coaches would need to be aided in order to improve the standard of player being produced. How is this possible with such a burden on coaches?

It must also be asked if the respective GDAs are effective enough in the hands-on time they do have with budding talent, but any such arguments are vetoed by the aforementioned demands of their workload.

Speaking to The Democrat in the aftermath of the Leinster SFC win over Wexford, Louth star Ryan Burns said: “I saw underage kids coming down and it’s important that we set the right stepping stone for them to aim to come up and be someone and follow in our footsteps.

“Louth football has to move on and Wayne (Kierans) is definitely putting the right stepping stones in place for that. Long may it continue.”

There can be no arguing that Kierans has done great work during his involvement with Louth teams so far, from the minors through to the senior team, but it’s at the levels beneath his stewardship that the county is failing and this will ultimately feed into future playing resources.

And so we take it back to the minors’ most recent defeat. Hardly a ‘market-leading’ display.