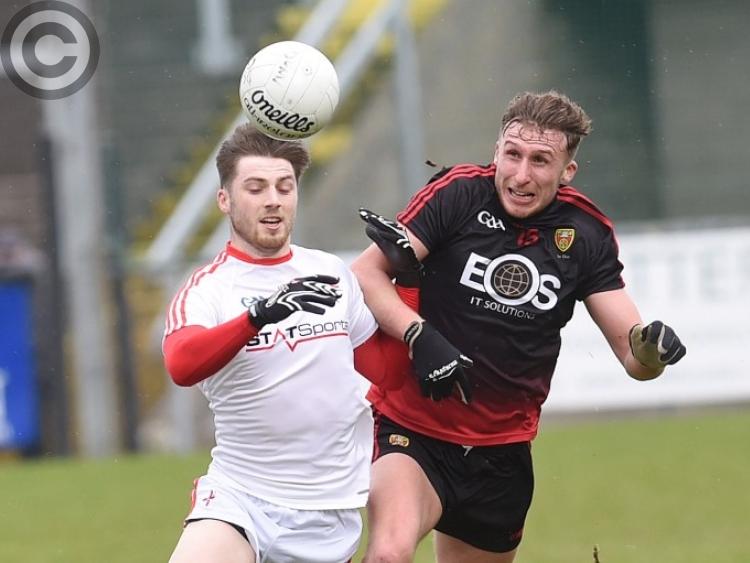 Declan Byrne insists that Louth have the measure of any team in Division Three and feels they can prove so by qualifying for a second Division Three final in three seasons on Saturday afternoon.

The Wee County host Westmeath in Drogheda knowing a win would see them into the league decider against Laois. However, a visiting triumph, or a draw, would mean the Midlanders make it through to next weekend’s final.

As it stands, Louth have eight points, with Westmeath a point better off. Laois head the standings and cannot be usurped in the top-two, while Down, whose score difference is inferior to the other three, will finish on 10, but miss out on promotion.

It all means that at least one team will leave the Gaelic Grounds with Division Two status in the bag. The stakes are, thus, extremely high.

“We have to beat Westmeath to go up; we would have taken that at the start of the year,” Byrne told The Democrat.

“They’ll probably play something similar to the way Down play. A lot of teams are setting up with 13 men back, but we’ve got our own way of playing and we know that if we can do the right things, we’ll always have a chance.

“We’re as good as any team in this division. We came down from Division Two at the end of the day, we were playing a higher level of football last year and the boys are learning all the time.”

Louth currently have the highest points differential in Division Three, +20, followed by Westmeath (+15) and Laois (+14), with Down out of contention on +13. It leaves the Reds in the knowledge of what they have to do on Saturday, which is to win, and selector Liam Kelleher is hopeful of a large support being present to cheer them on.

“I don’t think there is ever a problem with Louth supporters, (but) we have given ourselves a great opportunity. We’ll look forward to the Westmeath game.

“We might have discomforted Croke Park today by winning, but we’re only interested in Louth football, we’re committed to Louth football and we just want to see this team get its just rewards for the effort they’ve put in.”