Louth showed some structure and style of play as Down betrayed a county’s principles, in Newry on Sunday 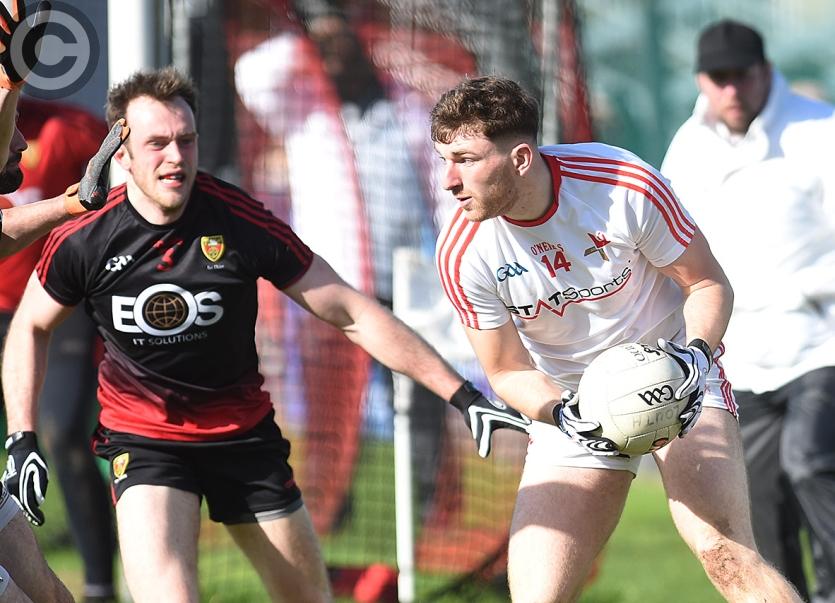 Through the lens of untinted specs, Sunday’s game must have been as entertaining as a lamb being put to the slaughter.

Not that Wayne Kierans and co seemed to care, nor should they. After all, whatever football was played on the gusty spring Sunday was done so by Louth. For the dividing margin to have been just one point provides Down with some scarcely deserved respectability.

Although, anyone who was at the match, would be all too well aware that Down were anything but dignified by the manner in which they performed. Were they still zipping around the periphery of the 20-metre line at this very moment, it’s unlikely that in the 48 hours since they would have had a shot at goal. Louth would probably still be in the lead.

Your writer’s maternal roots are deeply embedded in Down and having watched their simply awful efforts in Newry on Sunday, it seems they are developing into the type of unwatchable entity that Galway were last year, with a certain Paddy Tally - now Mourne manager - being the mutual link between the two.

Down and Galway, two of the traditionalists, known for attacking, off-the-cuff football, have now been indoctrinated by negative tactics and styles of play which conflict with their natural instincts. Imagine, having spoken English all your life, being asked to use Italian-only for a week? How would you cope? You’d hardly.

Now picture Donal O’Hare, the Johnstons and Connaire Harrison - forwards and scorers from the first day their boots were laced - being stationed in their half-back line, chasing the ball like a dog in pursuit of a bicycle. All the while, with a gale at their backs, Down’s attacking symmetry varied from passing sidewards and backwards to eventually losing patience and shooting from ridiculous angles.

This isn’t designed to be a personal attack on either the team or Tally, but, instead, to illustrate what can be achieved when defence isn’t an all-consuming obsession.

Granted Louth crowded their backline when trying to repel Down’s late flurry and weren’t innocent where blanket defence crimes were committed, but they, at the very least, had a competent and structured attacking plan that involved retaining possession and working the ball cleverly through the lines.

Andy McDonnell was the focal point, while Jim McEneaney and Sam Mulroy linked extremely effectively on a variety of occasions. Down selector Stephen Beattie was often seen on the pitch ordering his inside forwards to alternate positions as opposed to standing statically, something which Mulroy, Declan Byrne, Jim McEneaney and McDonnell certainly can’t be blamed for doing.

To not score for the final 28 minutes of the first half, including stoppage time, and until the 53rd minute of the second period - a goal which was fortuitous in the extreme and that relied upon a wayward free attempt that was palmed back into play - is a shocking reflection on a team who needed something - a point or two - to ensure league promotion.

You need to look no further than the teams’ kick-out retention for evidence of how much better Louth were. From memory, all bar one of Fergal Sheekey’s restarts in the first half went to a team-mate, whether that be short or long, his variation being key, while, overall, you could count his miscues on one hand.

Whereas there was an ironic cheer from the subdued home support when their custodian, the hapless Rory Burns, located a team-mate off the tee towards the end of the third-quarter. Down simply didn’t know whether they were sticking or twisting and for a team who had hopes of promotion and challenging Armagh in the Ulster Championship, at this stage of the year, that is deeply worrying.

On the other hand, fine tuning is all Louth require. A clinical edge, which they have shown often in this campaign, was lacking on the day, but nothing to worry about overall. They left 1-2 behind them at the end of the opening half - Byrne seeing a goal shot saved and Tommy Durnin and Mulroy dropping attempts short - and missed five scorable free chances, a return untypical of their year to date.

Ten points left behind, had they amassed even half of them the match would never have been a contest.

In the end, one point was the difference, but the respective reactions were of a polar opposite nature: Louth encouraged; Down gutted, and worse than ever before.