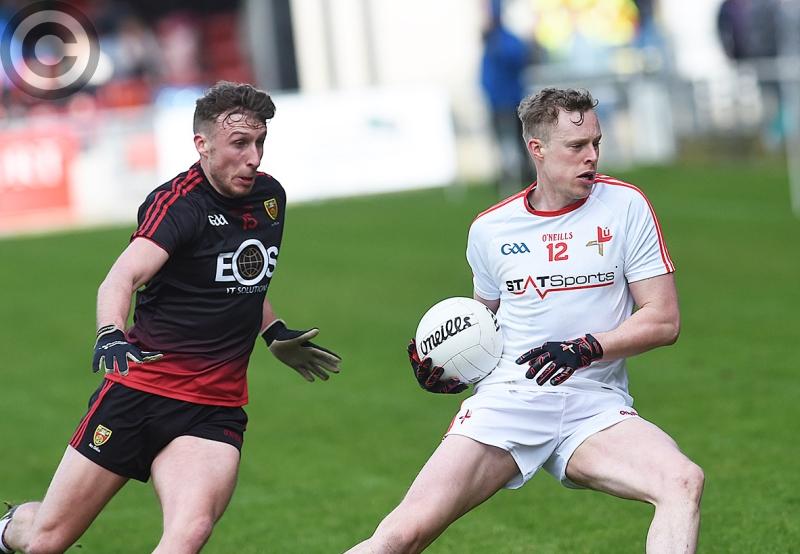 It’s going to the wire, a race many thought would be decided before the halfway mark was reached. The senior footballers play Westmeath in a back-fixture this weekend and if successful will be heading back to the National League’s Division Two after just one season’s absence. That’s much better than just surviving in the third tier, which was about as much as even the most optimistic follower had thought possible.

Call them the yo-yos of league football if you will, a team that has been either up or down each year since 2013, but to the surprise of many, Louth are within touching distance of the second-highest grade. And should the transition happen, there’ll be a swap of places with Tipperary and Cork, the latter, All-Ireland champions of 2010, beating none other than Down in the final. That’s a year that’s etched deeply in Louth minds.

But away with unpleasant memories. We are where we are. A campaign is drawing to a close, and regardless of how Saturday’s game results, Louth can lay claim to a very significant win. Prior to Sunday last, there hadn’t been a Wee County league defeat of Down since 2007, and it was 11 years before that when a meeting at Páirc Esler went the visitors’ way. Paul Kenny (inset) was in charge in 1996, and with one of his successors as team manager, Colin Kelly, in form, scoring six points, Louth won 0-9 to 0-8.

There was just one point in it again on Sunday, but the 0-10 to 1-6 scoreboard doesn’t do justice to what was a fine winning effort. Down led throughout the first quarter, but at all times after Sam Mulroy scored the second of his five points in the 20th minute, Louth held the advantage.

It was 0-4 to 0-3 at the break, a lead that should have been significantly greater - a goal and two points went begging coming to the break. Still, with a strong breeze to assist them, Louth had lots to look forward to after half-time.

Much of the promise was fulfilled. Before the turn into the final quarter, the Reds’ lead was out to six points. Down were struggling to handle the type of mass defending which they themselves had employed in the opening half, unable to get a shot in, never mind convert one.

There was no need for Louth heroics, and neither was there. But no-one in red could legislate for what everyone around the area – in particular Louth defenders – said was a wrong call. They claimed a Down forward scooped the ball back into play after it had gone wide; within seconds Fergal Sheekey’s net was bulging.

That was Down’s first score in 43 minutes; before the game ended they had three points. Louth failed to add to their tally, but with 15 back to prevent Down from claiming a winner, or even an equaliser, there was no surprise in that.

Add Sunday’s points to the six picked up in wins over Laois, Offaly and Sligo and you have the cause for immense satisfaction. And it could get better. If there’s a fifth win, then Division Two beckons. Who could have envisaged that after a 2018 campaign had ended pointless and the championship yielded just one win (over lowly London)?

Down went into the match odds-on to win. They weren’t guaranteed promotion; still needed was a point to make sure of the move up. Louth had also lots to play for. Maybe with so much at stake, caution more than adventure was always likely to be employed.

It wasn’t a match to gladden the heart of a neutral, or, given the result, Down supporters. The emphasis was nearly always on defending, even when the teams had the wind in their favour. The prize was a big one, and by picking it up, Louth stay involved in the race right to the very end.