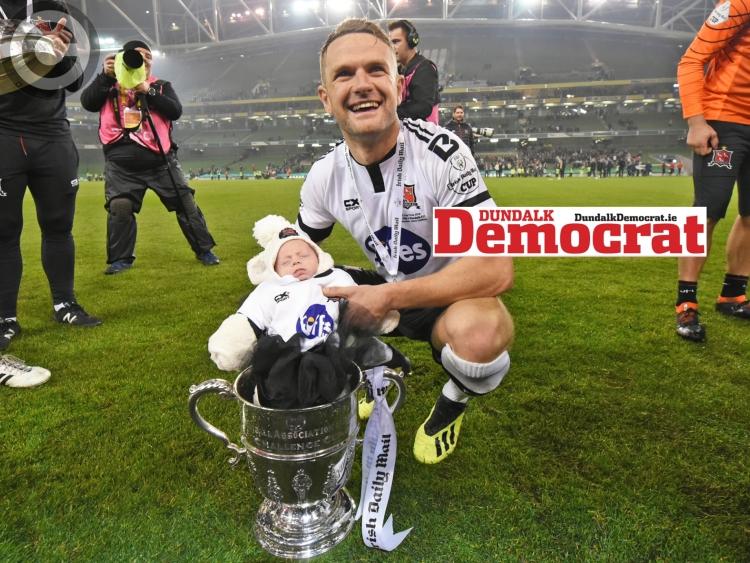 The most poignant moment of Sunday’s FAI Cup final came after the full-time whistle: Dane Massey stood with his young daughter, Georgia, in the middle of the Aviva Stadium as the celebrations got underway.

His manager, Stephen Kenny, joined the pair after a while, embracing with Massey before bending over and giving ‘the little one’ a gentle kiss. It was fitting, absolutely lovely and typical of the team spirit that exists within the Dundalk changing room.

“It’s a team effort; it was a massive push and you can see by the celebrations that everyone is delighted.

“This is a culmination of an entire year where we’ve worked really hard. The squad are getting their just rewards and we’re going to cherish and enjoy it.”

The match itself was the most thrilling of the last four finals involving the teams, something which Massey was glad of as it ensured spectator value.

However, the left-back always felt that his side were going to come out on the right side of the result given their confidence levels approaching the affair.

“I felt we were confident coming into the game - it’s probably the most confident we’ve felt coming into a final and I think that was reflected on the pitch.

“It’s a special night for us. We’re just delighted,” he added.